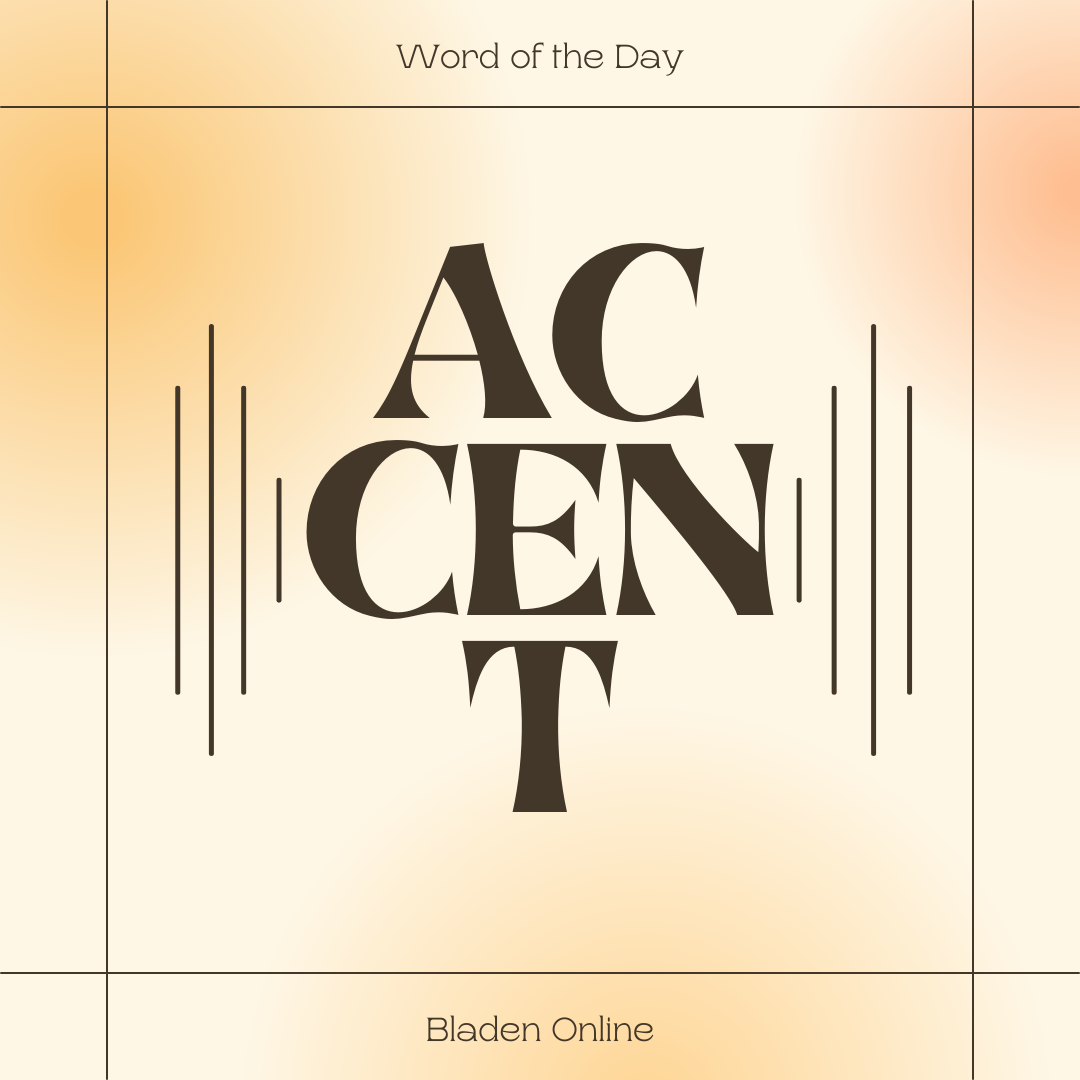 Word of the Day- Accent

Different factors can alter the tonality, intensity, and rhythm of speaking. This alteration within words is called an accent. The term accent comes from the Latin term accentus.

This word refers to the distinction or alteration of the properties of the voice in a word or sentence. Every time we speak, we articulate components of our voice. Consequently, this articulation is reflected in the way we pronounce words. The accent is the force majeure that is placed on a specific syllable within a comment.

In the change of accent, characteristics such as duration, intensity, and tone come into play. By accentuating a sequence of syllables or phonics, it acquires high power and a more notable tone. The accent has the function of creating a distinctive emphasis on the syllable. In this way, the word makes sense within the sentence. The relief formed by the accent is known as a tonal accent. On the other hand, in some languages, such as Spanish, the orthographic accent is present.

This type of accent is found in written texts. They also include symbols like tilde ( ‘ ) and umlaut (¨). In the case of the orthographic accent, the tilde indicates that the syllable must have an accent. Therefore, the pointed syllable requires greater strength in pronunciation. In addition to making a distinction between syllables, the accent also makes a distinction between words. The accent allows to differentiate two words written in the same way, but that does not have the same meaning. The accent that each person has is considered a natural accent. By being exposed to different sound patterns, we are unconsciously forming this accent. Our minds adopt the natural accent as we grow up. A constant alteration in the sound system in the environment can mean a change in the natural accent. In other words, we form our accent from different sounds in our environment. The shift in accent can also be a consequence of our mood. Generally, when we are excited, the intensity of our voice increases. However, we use our deep voice when we are angry or sad. The accent can be considered a form of distinction.

According to the Cambridge Dictionary, “accent is the way people in a particular area, country or social group pronounce words.” The pronunciation changes in each nation, region, or locality. Even in the same language, there are several accents. Each accent has its particularity and characterization. In everyday life, the change of accent is frequent, especially in the movies. The actors change their way of acting according to the character they play. The accent is one of the aspects that change radically according to the origin and context of the personage. It is possible to detect a person’s accent when speaking at an average speed. However, when singing, other types of tonalities and changes in the voice are formed. These alterations make it difficult to recognize the different accents.