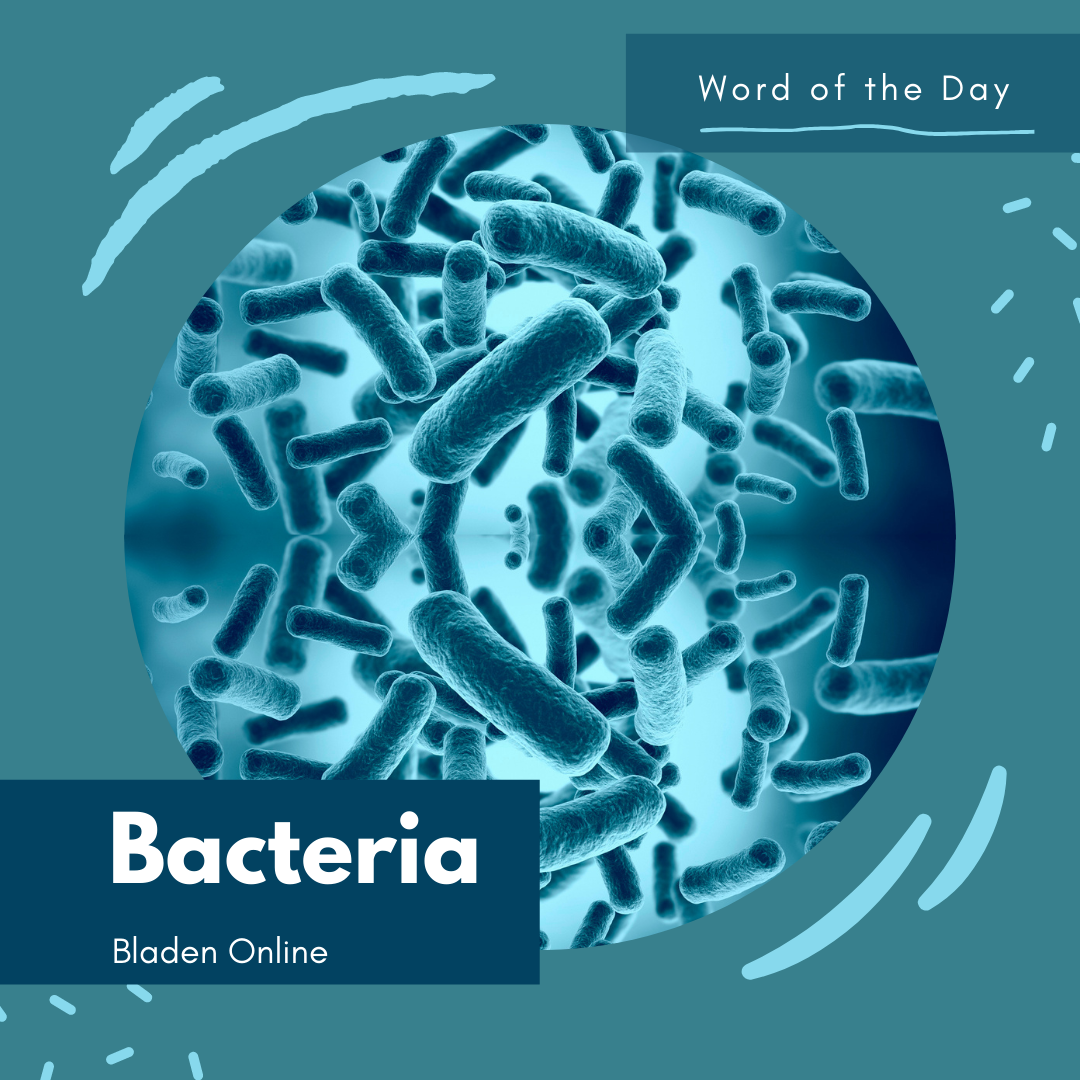 Word of the Day – Bacteria

Bacteria are single-celled organisms that we cannot see with the naked eye. Despite their microbiotic size, bacteria play an essential role in natural life. The science in charge of studying bacteria is microbiology.

Anton Van Leeuwenhoek is one of the most representative figures in the study of bacteria. In 1676, for the first time, Anton observed bacteria through his microscope. “Animalcules” was the term with which the microbiologist defined organisms.

In 1838, the term “bacteria” was coined by the German Cristián G. Ehrenberg. Microbiologist Cristian took the Greek word bacteria to refer to a specific type of bacteria. The meaning of the word in Greek is “small stick.” Over time, the word became popular and took over as the formal name for the entire group of microorganisms.

According to scientific research, records of bacteria date back more than 3 billion years.

Bacteria are prokaryotic organisms. As a result, they have a single cell with no cell nucleus and almost no defined organelles. In addition, bacteria contain their own DNA, a cell wall, and a plasma membrane.

The life cycle of ecosystems requires bacteria to develop. Bacteria are versatile organisms that adapt to extreme temperature conditions. In addition, bacteria reproduce by themselves and obtain nutrients from their environment to survive. Consequently, bacteria are found throughout the world.

Microbiology distinguishes the forms, adaptations, and needs of bacteria for their correct classification. According to Medical News Today, there are three basic shapes of bacteria: spherical, rod-shaped, and spiral. However, there are many different types of bacteria, and their shape is just one way to classify them.

Bacteria can have a negative effect on people; bacteria can spread disease. This is due to its ease of metabolism and reproduction.

On the other hand, bacteria have a beneficial effect on humanity. Some of them produce antibiotics capable of curing diseases. Also, these little beings are used for different everyday purposes. The manufacture of yogurt, cheese, and dairy products depends on the chemical processes of bacteria. Industry requires specific types of bacteria to develop products. Some examples are cosmetics and beauty products.

The ability of bacteria to function in ecosystems is significant. The bacterial flora, in general, contributes to the regeneration of nutrients and trophic activity.

Bacteria are everywhere; they are in the air, in the soil, in the water, or on any land surface. Microorganisms are a fundamental part of life on the planet.