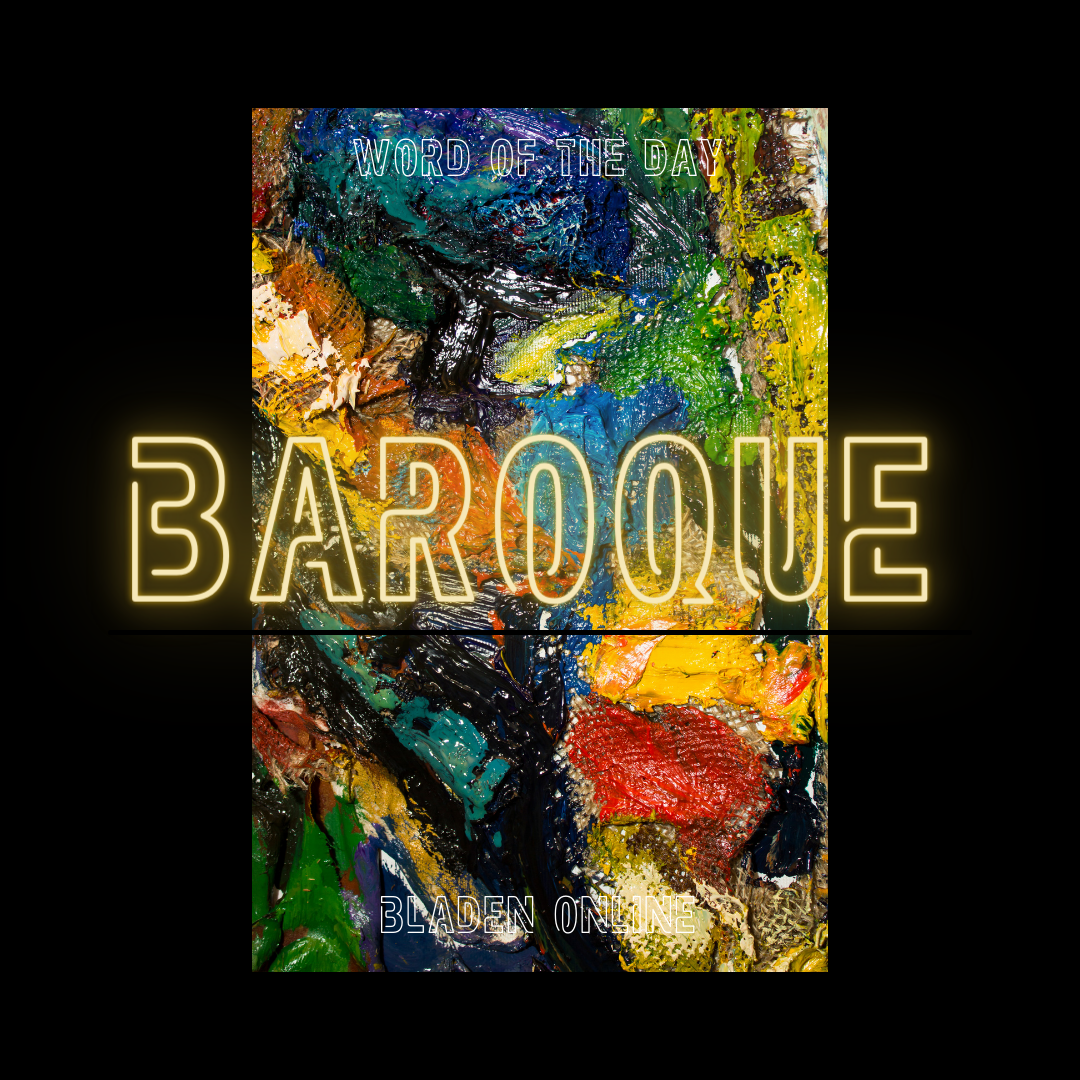 Word of the Day: Baroque

Baroque is one of the most influential movements of the modern age. At that time, great artists could adapt the harsh reality to the current relics’ works.

The term baroque comes from the French baroque. The word baroque refers to “extravagant.”

The baroque is a historical, artistic, philosophical, cultural, and literary movement. It had its origin in the seventeenth century in Italy, Europe. Later, all of Europe, Spain, Portugal, and some American colonies knew and adapted the movement.

Throughout the seventeenth to eighteenth centuries, more specifically from 1600 to 1750, the Baroque developed. Music, writing, work, architecture, and art were some of the factors with the most significant influence of the Baroque. At that time, an era of various changes was emerging. Some of these changes impacted politics, religion, astronomical studies, economics, and social order. For this reason, the baroque period is distinguished as a style that does not follow the classic.

This new trend develops a less rational sense of things. However, it exalts the passion for emotions such as love and anger.

The baroque resembles, in some respects, the current of the Renaissance. The baroque movement characterizes the themes of love, freedom, and mythology. However, the baroque gives free rein to its own style by adding pessimistic and temperamental factors.

The influence of this movement in society was significant. The culture of that time is identified as baroque.

The art within the baroque is characterized by being a dynamic and inspiring style. Time becomes an important influence on Baroque art. The economic crisis allows artists to empathize with the crude and radical monetary reality of people. In the same way, art was faithfully linked to reality to express passion and emotion. The baroque suggested in the portraits a touch of spirituality and faith.

Literature in the baroque acquired the nostalgic and detailed vision of reality. Disappointment and pessimism lead man to death, inside and outside the writings.

Some of the characteristic characters of the time are:

“And although virtue is so strong, I fear that they may overcome it. That habit is very great, and virtue is very tender.” -Sor Juana Ines De La Cruz.