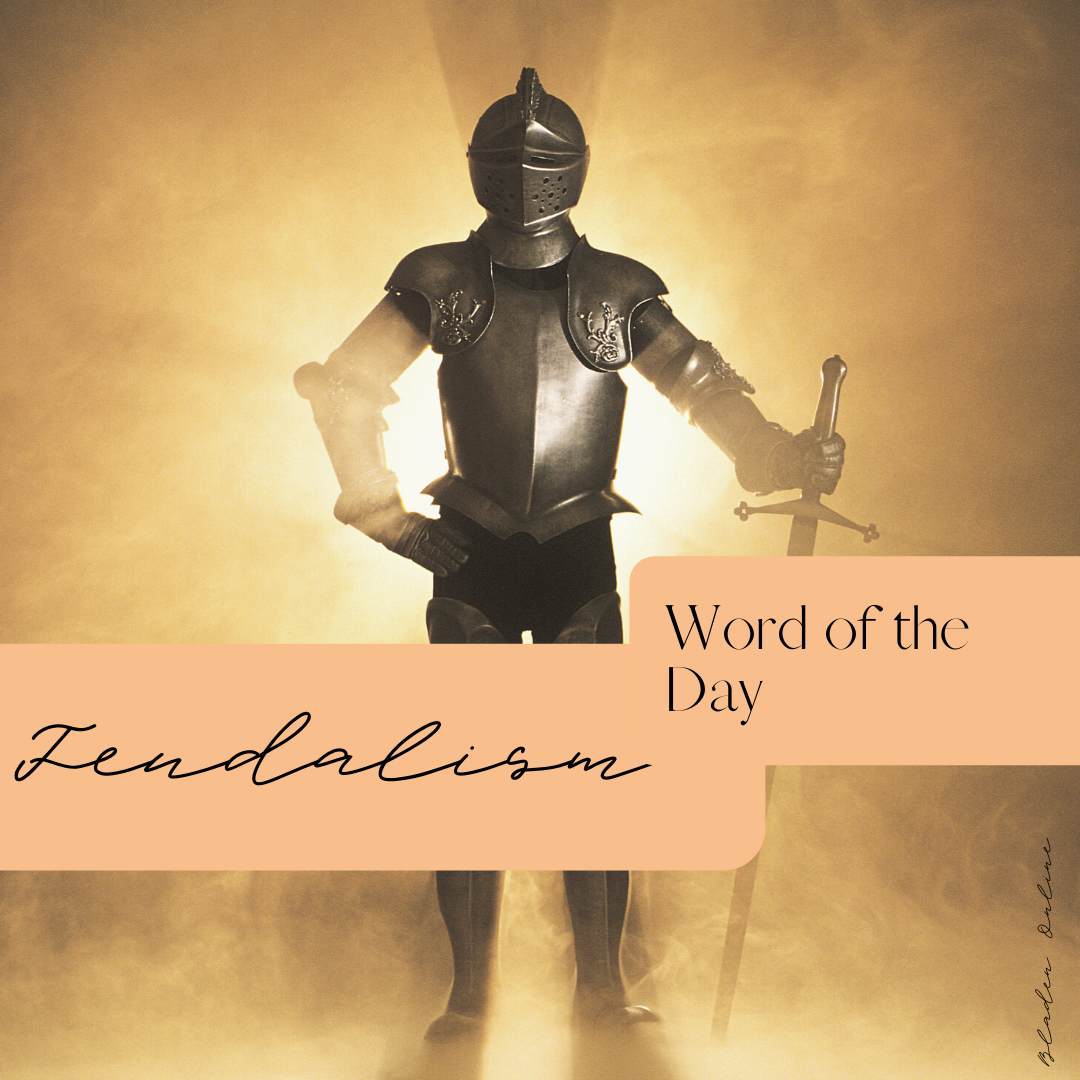 Word of the Day – Feudalism

Feudalism is a system of economic, social, and political government. This system took place in the Middle Ages, characterized by the decentralization of power. Feudalism prevailed in Europe from the late 9th to the late 12th century.

The term feudalism comes from the word fiefdom. The word fief refers to the ancient contract between feudalists and vassals. Also, the phrase feudo comes from the Latin feodum or feudum. The origin of feudalism dates back to the fall of the Roman Empire. The disorganization of the new medieval period brought significant changes.

The feudal system exercised a social organization based on vassalage. The vassalage supposed relation of “agreements” between the serfs and the feudal lords.

After the fall of the Roman Empire, security became problematic, and invasions became more and more frequent. As a result of this problem, the feudal lords offered their protection to the people. Within the mountains, the feudalists had complete control and surveillance of the peasants. In this way, they avoided possible enemy attacks. In return, peasants and serfs had to work on the lands of the feudalists.

Feudal society was made up of estates. Unlike social classes, estates did not allow people to alter their position in society. Upon death, the feudal family inherited not only the lands but also the title and power. The same thing happened with the vassals. When they died, they inherited the same fate. In other words, “whoever is born rich remain rich, and whoever is born poor remains poor.”

The estates were mainly divided between the vassals and the feudal lords. The peasants subjected to work constituted the majority of the population; these were the vassals. On the other hand, the feudal lords were a minority in which power was concentrated. There were three prominent estates: nobles, clergy, and people. The nobility and the clergy were the estates that had privileges and ruled the people. The peasants were not part of the privileged population. This organization was what was called the feudal pyramid. At the top was the one with the most power and the bottom with the least power.

The peasants and serfs were called vassals. The vassals worked the lands of the feudal lords. However, their working conditions were limited to work and feudal subjugation. Some of the impositions of the feudal system include:

The vassals constituted the economic support of the three estates throughout the feudal period.

The people’s fear of great insecurity fuels the development of feudalism. Over time, theft and trespassing rates begin to decline. On the contrary, people’s security was strengthened, and with it, their spirit of freedom. In this way, the workers managed to get out of feudal subjugation and start a new social system.