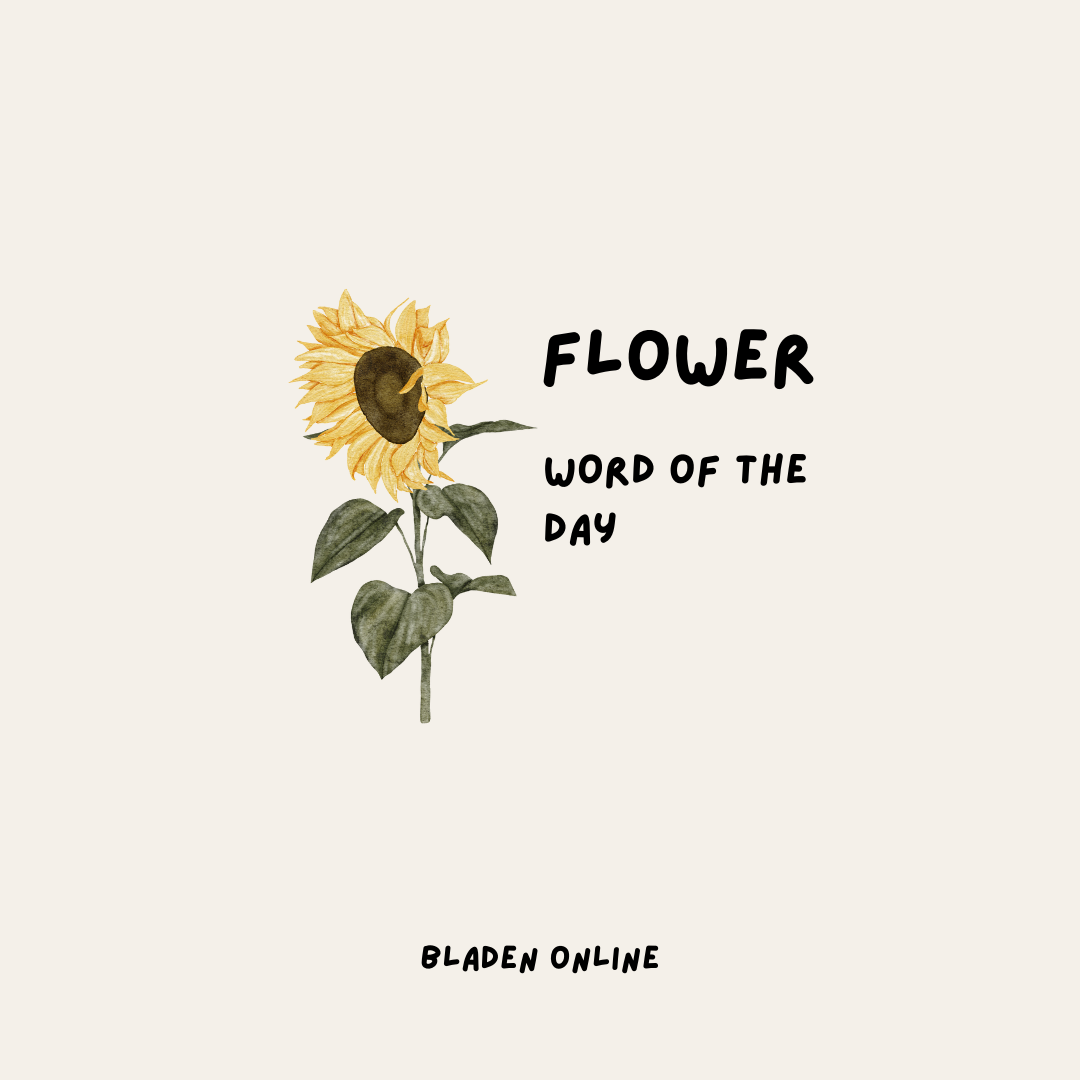 Word of the Day: Flower

A flower can mean more than a thousand words. Throughout history, flowers have been not only a symbol of appreciation but also of life and growth.

The term flower comes from the Latin flos or floris. Both words, flos and floris, refer to the reproductive structure of plants, the flower. Angiosperms are the only type of plant that contains flowers. According to the BBC news website, “Flowering plants, or angiosperms, account for approximately 90% of all living plant species, including most food crops.” The word angiosperms refers to “dressed seeds.”

The flowers are distinguished in the flora by their “dresses.” Each flower has different characteristics, from its color to its size and shape. Moreover, the diversity among flowers has allowed people to relate to them.

The dogwood tree is one of the most predominant trees in the state of North Carolina. From the dogwood tree, a small white particular flower blooms between spring and summer. According to NCpedia, “In 1941, the North Carolina General Assembly designated the flower of the dogwood tree (Cornaceae) as the official state flower.” The dogwood flowers are primarily white, although there are also various shades of pink.

The numerous varieties of flowers have expanded their usefulness throughout the world. Below, some of the floral utilities:

The list of utilities of a flower is immense. In addition to the above, the flowers are used for cleaning, making infusions, therapies, and even repellants. But beyond its utility value, the flower also fulfills a sensitive role in society.

Giving flowers has been through the years a show of appreciation and courtship. Different flowers have different meanings, but they all serve as an expression of compliment and praise. Many cultures have found flowers the way to say everything without saying anything. Flowers are also common in the stages of mourning and funerals.

The flowers show respect and condolences. On many occasions, flowers bring peace to those who receive them and solemnity to those who give them.