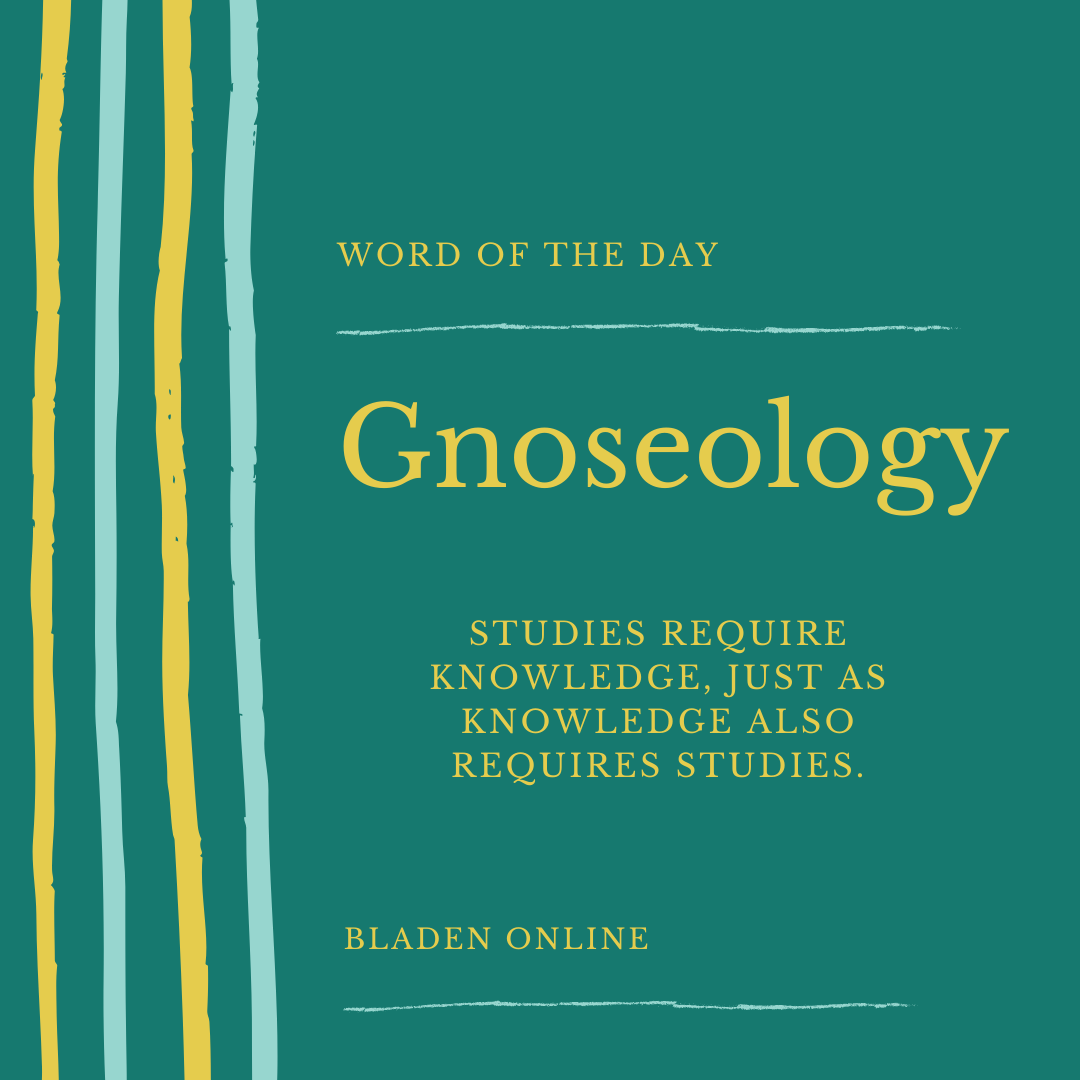 Word of the Day: Gnosiology

Knowledge has an unlimited scope. However, studies require knowledge, just as knowledge also requires studies. Gnoseology is the branch of philosophy in charge of studying knowledge.

According to the Merriam Webster Dictionary, “the philosophic theory of knowledge: inquiry into the basis, nature, validity, and limits of knowledge.”

The term gnoseology has its origin in the Greek words “gnosis” and “logos.” The word gnosis means knowledge or faculty of knowing. On the other hand, the word logos means a study, doctrine, or theory. The term gnoseology is also known as gnostology. Over time, society created various forms of knowledge study. Likewise, some philosophers have dedicated their life or part of it to this study and to defend it. Some of these philosophers are:

Gnoseology talks about how human knows reality. It also raises different methods or ideas that support how human conceives the truth.

Human being constantly struggles to have accurate knowledge about reality. On the other hand, gnoseological studies can come to think of the impossibility of knowing the real. This impossibility is explained because of the doubt about the sources of knowledge and its correct identification and transmission. In this way, the human would not have accurate knowledge. Instead, it would just be a conviction not necessarily rooted in reality.

In summary, gnoseology is the doctrine or philosophical theory that studies, analyzes, interprets, and exposes human knowledge in general.