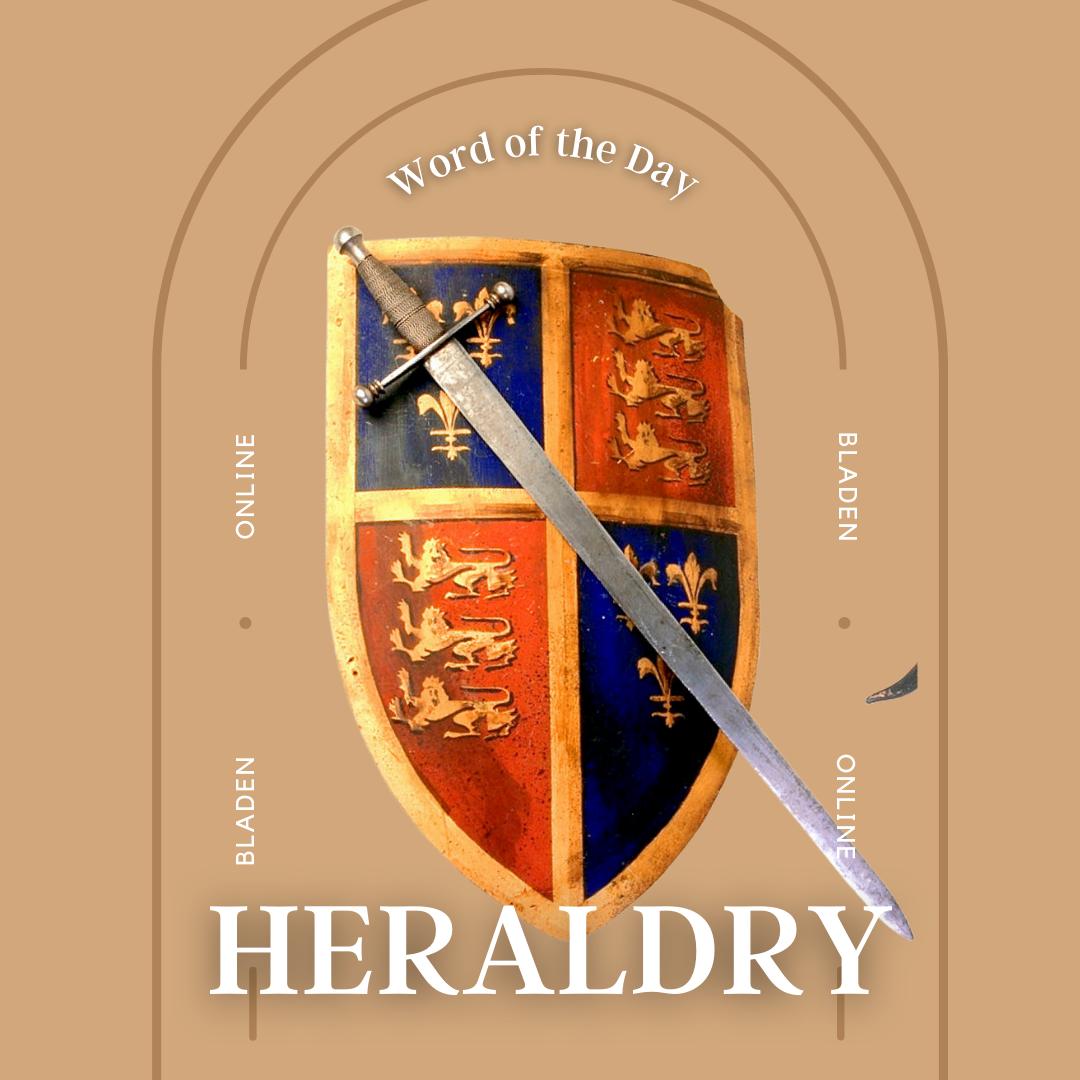 Word of the Day – Heraldry

Heraldry is the science that studies coats of arms. A shield has significant meaning, as it represents lineages, families, and even an entire town.

The etymological origin of the word heraldry comes from the German herold and the Latin heraldus. These words refer to the “king of arms.” Heraldry originated in connection with the armor used by knights in ancient times.

This representation dates back to the Middle Ages. At that time, the knights began to identify themselves through symbols and drawings. These drawings were taken as possession and used in the combat weapons of the knights. This is how each lineage managed to differentiate itself from the others in jousts or tournaments.

In the Middle Ages, the carrying of a shield legitimized the prestige, wealth, and memory of knights and their social position.

Heraldry is known as the science or art of the blazon. This science seeks the description of the shields and their characterization.

Shields are also considered an artistic expression of medieval times. The coat carried many decorations such as jewels, metals, and different shapes, colors, and shades. The symbols within the shields showed the identity of each group, allowing them to differentiate themselves from the others.

The logic of the coats of arms was very complex. Over time, the knights established a series of rules related to the bearing and construction of the shield. These rules raised different presentations of ornaments and colors. On the other hand, each element within the coat, as well as that element’s position, location, and material, hid a meaning.

Soon, the coats of arms took power, as well as the surname of the person who carried it.

The coats of arms are a relic, not only because of their great historical significance. The shields constitute a cultural heritage and symbolic representation of the social organization of that time.

Among its studies, heraldry seeks the relation between coats of arms and families, dynasties, institutions, and even entire peoples.

The science of heraldry has, over time, facilitated the study and understanding of past societies. Thanks to heraldry, it is possible to complete different historical and archaeological investigations. The coats of arms represent beyond the symbols and the forms, the knowledge and the introduction to the past.