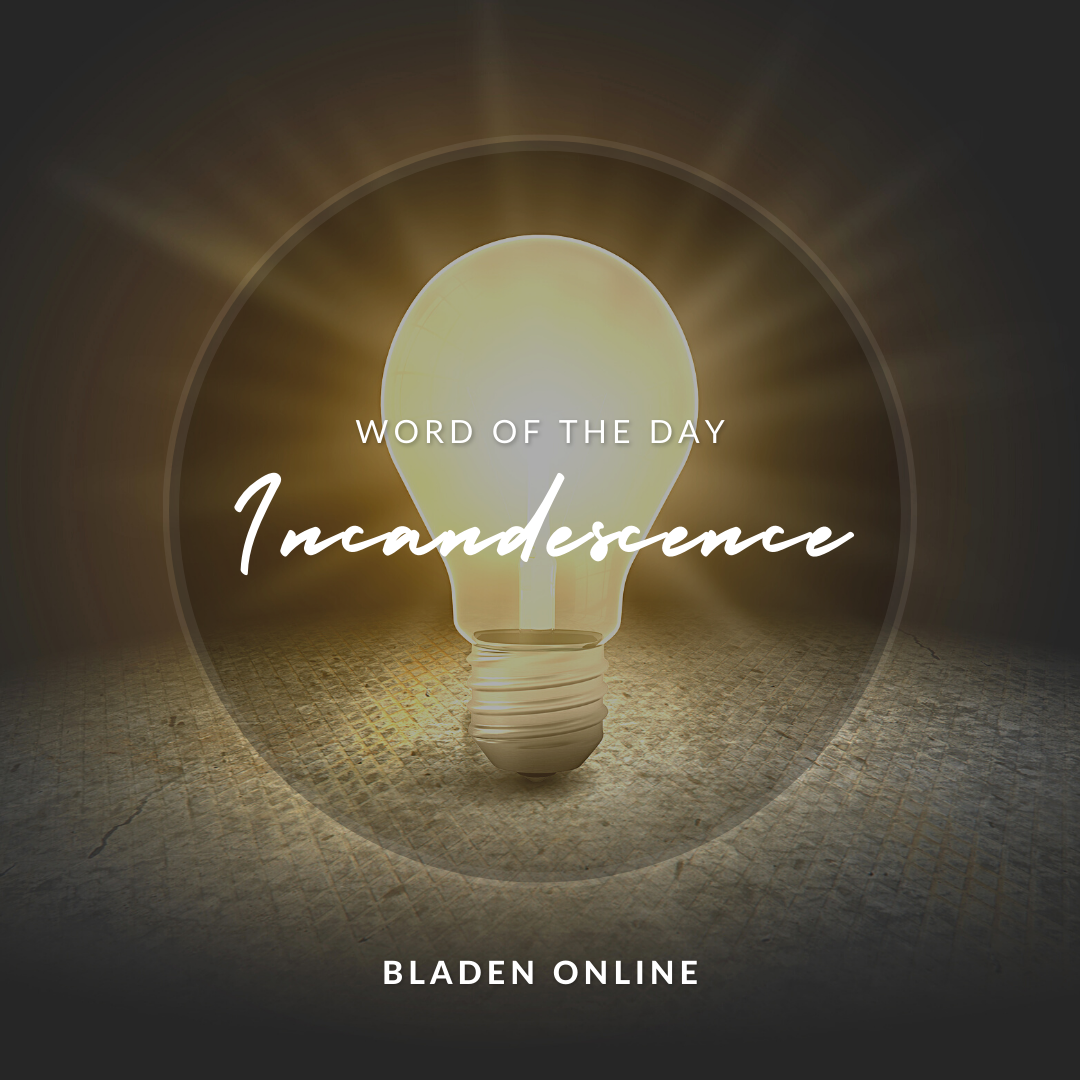 Word of the Day: Incandescence

Light is a spectrum, which, thanks to the human eye, we can perceive. There are different ways that light can be emitted; one of them is incandescence.

One of the great examples of incandescence is the light bulb. Around 1879 the American inventor, Thomas Alva Edison, developed an artificial light source using incandescence. The operation of the lamp was based on obtaining heat until reaching a specific temperature; then, the energy would be emitted in the form of light. The lamp Edison designed managed to stay on for a few days, which no one could achieve at that time.

Edison’s invention consisted mainly of a filament of cotton yarn inside a crystal. For Edison, it was quite an achievement to compose a structure that allowed the transformation and emission of light. A couple of days after the invention, Edison was perfecting his creation with other collaborators. A year later, on January 27, Edison got patent number 223,898 for his incandescent design.

The incandescent lamp was one of the revolutionary inventions in history. In addition to being an advance used globally, the Edison light bulb contributed to physics studies.

Incandescence is a state that any corp can acquire at the correct temperature. Also, in periods, light bodies can reach a maximum level of incandescence. Some examples of natural incandescence include hot lava from volcanoes, steel, and other molten metals.

When a body is exposed to heat, it begins to emit radiation. The thermal movement of particles generates radiation. Some levels of radiation, such as ultraviolet, are not visible to humans. However, light is one of the levels that our eyes can detect.

The phenomenon of incandescence allows heat to become light. Long ago, a theory like incandescence light would be mocked and rejected. However, the usefulness of ideas doesn’t depend on their time, but the effort and perseverance within the creators can develop them.

Thomas Edison says, “When you have exhausted all possibilities, remember this, you have not.”