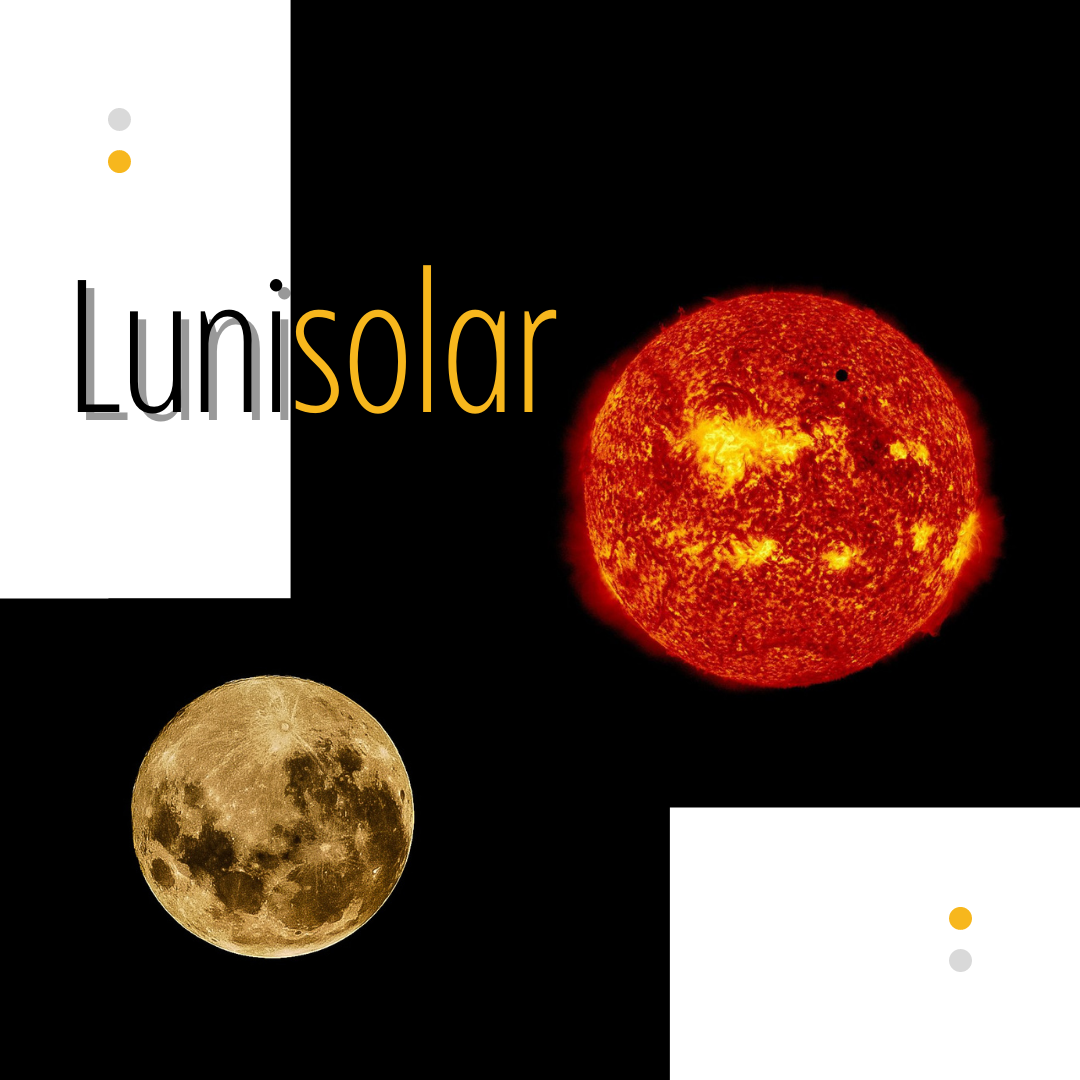 Word of the Day: Lunisolar

Lunisolar. The moon and the sun are two spherical astronomical bodies that have mass and volume. Their relationship consists of belonging to the broad context of space. The word lunisolar in its etymology is formed from the Latin «lūna» moon, «Solis» sun and the suffix «ar» that the adjectives mean condition, relationship, or belonging. This term involves the mutual relationship or combined attraction of the moon and the sun.

The first known use of lunisolar was in 1691.

These two, star (sun) and natural satellite (moon), are essential for the measurement of time in calendars, which are classified into three main categories:

For example, The Hebrew calendar is lunisolar. Since ancient times, the Hebrew people knew how to calculate a month’s cycle through the moon’s phases and motion. For the Hebrews, on its journey around the earth, the moon had 29 days, 12 hours, 44 minutes, and 3.33 seconds, which has only a small calculation error of half a second. The Hebrew calendar uses 29-day and 30-day months, interspersing them.