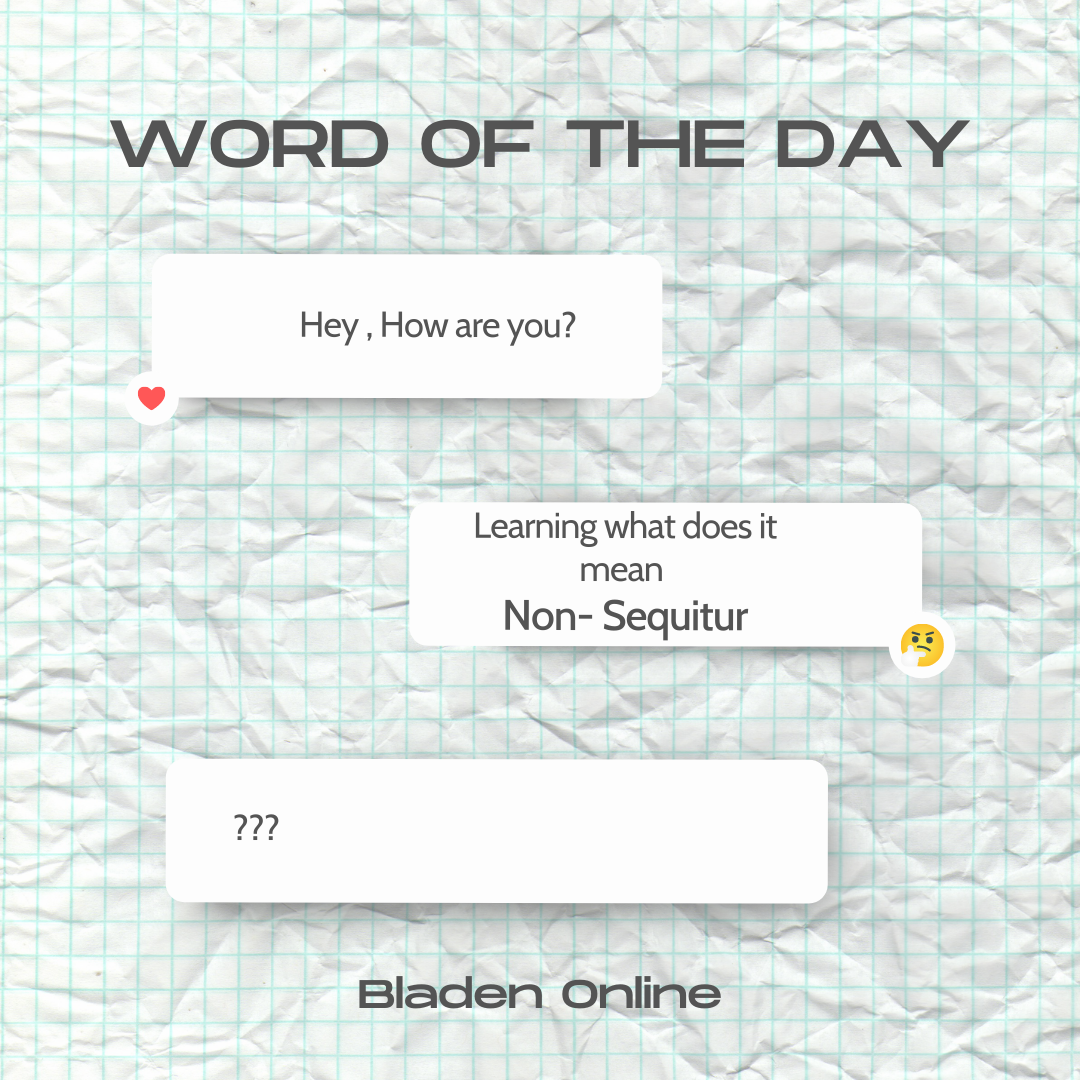 Word of the Day: Non sequitur

Talking to a person is one of the most common activities today. There are thousands of topics of interest, curiosities, and stories to tell. It all has a sequence, from a “Hello” to a “See you.” However, sometimes we notice a radical change in the topic of conversation. The unexpected and radical change in the subject of the discussions is known as a non sequitur.

The term non sequitur comes from the same Latin term “non sequitur.” In English, the word non sequitur means not to follow the idea. Some synonyms for non sequitur are invalid, inconsequential conclusion, and fallacy. The non sequitur is a rhetorical figure that expresses a confused idea-generating an absurd scenario within the literature. Comedians often use non-sequitur for their humorous purposes.

When bringing a topic up for discussion, the expectation is to share ideas and thoughts of the corresponding nature as the topic. Likewise, the dialogue is made up of a sequence of narratives between two or more people. By not following up with the idea in a conversation, the series of statements is broken. A non sequitur refers to the expression of an argument that does not follow the sequence of the conversation. Non sequitur or subject changes are often illogical and meaningless.

A fallacy is based entirely on a lack of truth and good sense. Consequently, all fallacies are examples of non sequitur. Although misconceptions do not always change the topic of discussion, they are entirely invalid. A non sequitur is commonly recognized for its lack of honesty. Furthermore, non sequitur is also characterized by not having founded conclusions.

In a conversation, a non sequitur seems strange and sometimes silly. Not following the logical sequence of a dialogue can be the product of different factors. The lack of concentration, the lack of listening, and the wandering of thoughts are some factors that generate non sequitur.

In a political conference or debate, speakers often use non sequitur to confuse or divert opponents’ attention. When a person responds with an out-of-place statement, it automatically confuses the people. The confusion generated in people when hearing a non sequitur can result in the doubt or feeling that they missed something. Beyond that, non sequitur has the quality of causing misunderstanding.