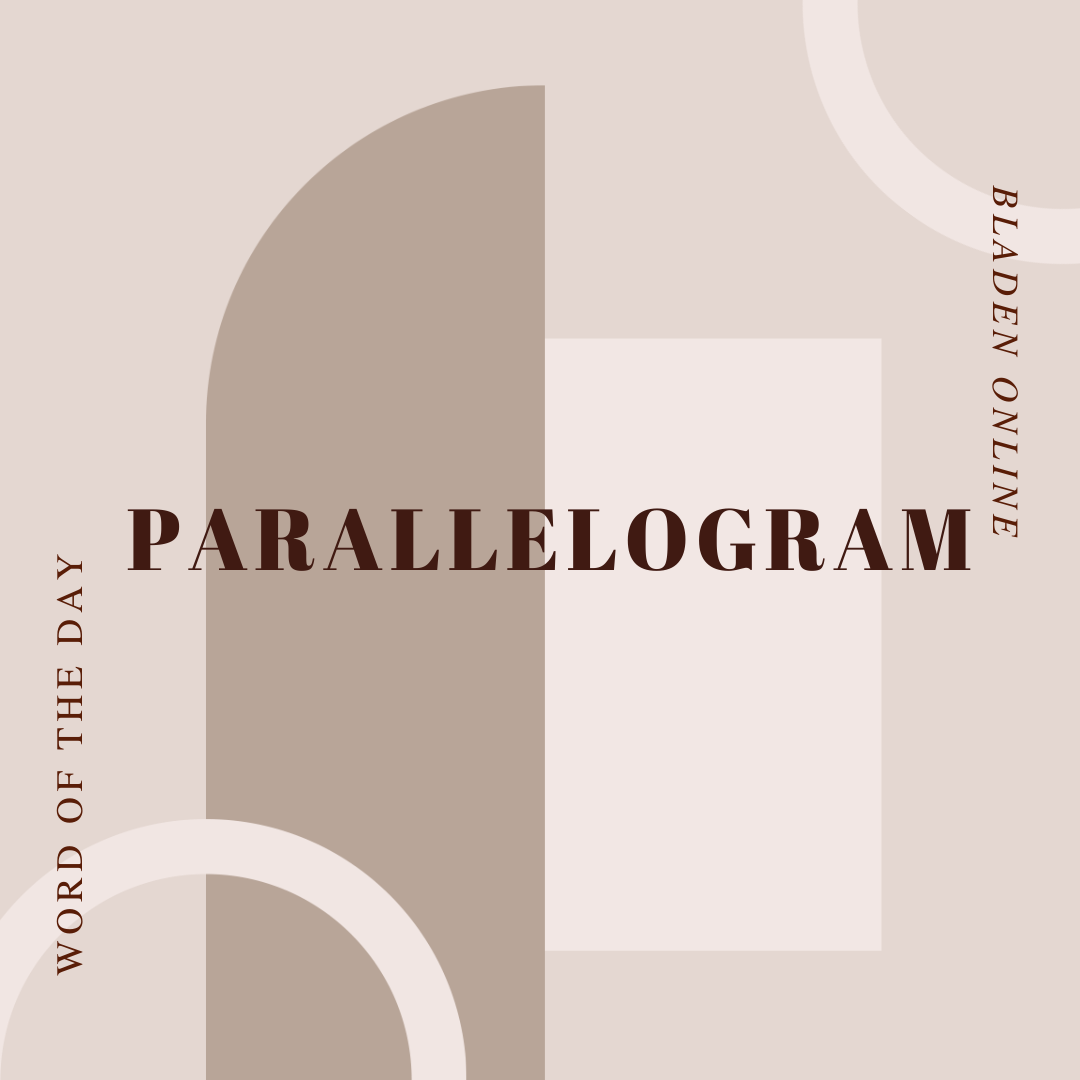 Word of the Day: Parallelogram

A parallelogram is a geometric figure with four sides, of which the opposites are equal and parallel to each other.

The term “parallelogram” comes from the Greek components para, llelos, and gramma. The word “para” means beside or against. On the other hand, the term “llelos” means another, and “gramma” refers to writing. Parallelograms are one of the three classifications of quadrilaterals. The other two classifications are trapezoids and trapezoids.

Here are six curiosities of parallelograms:

Parallelograms are classified into:

Parallelograms are figures that we can find daily. The study of these figures is of great importance in areas such as architecture, design, and carpentry. Without the research and documentation of these figures, people could not have developed many objects or services.