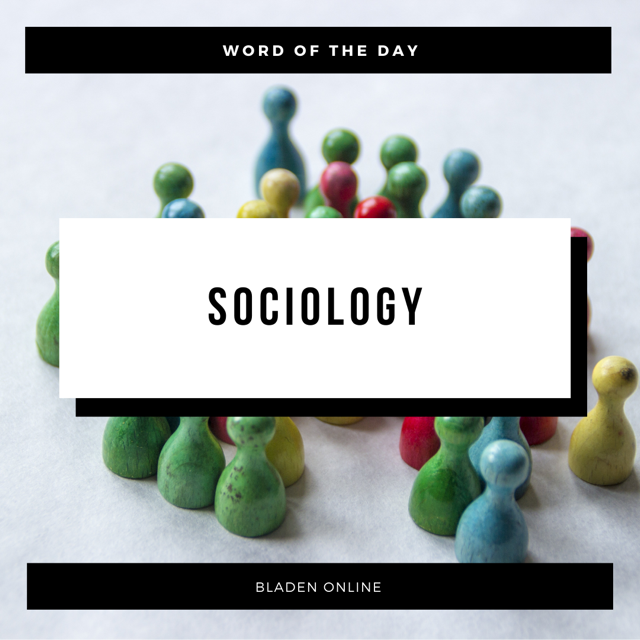 Word of the Day: Sociology

By studying the structures, functioning, behaviors, and forms of organization, it is possible to know why society (individually and collectively) is as it is. The science of sociology scientifically analyzes the relations and social conditions of humanity. Likewise, it seeks to understand how cultural and social structures develop human actions and consciousness aspects.

Sociology is considered a product of the French and Industrial Revolution’s emergence and development around the 19th century. In 1838 Auguste Comte, a French philosopher, and writer, used the word “Sociology” for the first time.

Human society studies come from the social science denominated sociology, focusing on its structure, operation, organization, habits, among other aspects. The term comes from the concept of the social, that is, everything that concerns the human being and their relationships in society.

According to The Metropolitan State University of Denver, “Since all human behavior is social, the subject matter of sociology ranges from the intimate family to the hostile mob; from organized crime to religious traditions; from the divisions of race, gender and social class to the shared beliefs of a common culture.”

Sociology is present in multiple fields of everyday life. These are some types of sociology:

Sociology as a discipline gives context to all aspects that relate to society. This science, among some of its scopes, allows us to understand why people act as they act, why problems arise (why they remain), and why and how human beings are influenced. In addition to that, it provides knowledge of different worldwide societies. It recognizes that there are multiple social differences within each one of them and cultural diversities, numerous contexts, groups, and people with varying ways of life and different ways of thinking and acting.

According to the University of North Carolina, “Through its particular analytical perspective, social theories, and research methods, sociology is a discipline that expands our awareness and analysis of the human social relationships, cultures, and institutions that profoundly shape both our lives and human history.”

Those who are dedicated to the study of sociology are known as sociologists. Some of the most famous sociologists are:

“The sociological imagination enables us to grasp history and biography and the relations between the two within society. That is its task and its promise.” -Charles Wright Mills.