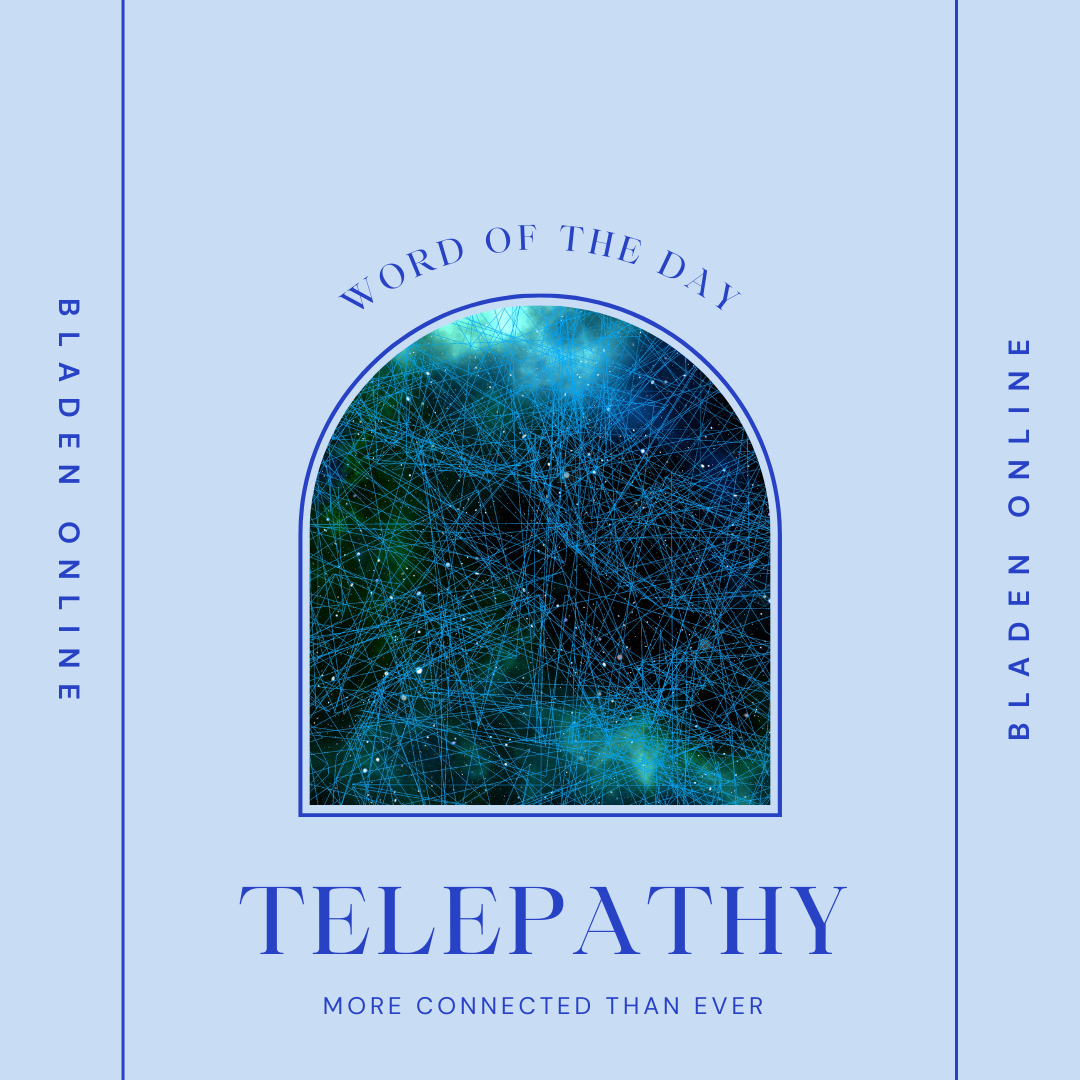 Word of the Day: Telepathy

Telepathy, more connected than ever

Over time, thousands of forms of communication have developed. However, we often want people to think about what we are thinking without having to say it. Interestingly, there is a hypothetical ability to communicate with the mind. This ability is called telepathy.

Telepathy is a hypothetical faculty. It is also called thought transmission.

The term “telepathy” is derived from the Greek word Tele- and -patheia. The word tele- means distance. On the other hand -patheia means feeling, perception, and experience. Telepathy refers to the transmission of emotions at a distance. According to the website Research Gate, “Telepathy was coined by Frederic Myers in 1882. He defined it as ‘the communication of any kind from one mind to another, independently of the recognized channels of sense. ”

Telepathy is a parapsychological phenomenon. It is considered that the person who has the faculty of telepathy fulfills a high mental and extrasensory capacity. This phenomenon has attracted the attention of multiple scientists around the world. There are multiple theories about the existence or not of telepathy. Some scientists consider that the human brain does not have the sufficient capacity to transmit information to another brain.

To date, this study has not been proven by any scientific explanation. Like other studies, telepathy remains a mystery to humans.

The transmission of telepathic information does not use any physical interaction or sensory medium. Instead, telepathy picks up other people’s mental signals only through solid brain work. Therefore, for this mental capacity, telepathy is considered the inhibition of the use of the senses.

It is ironic that, in the wake of the pandemic, many people have applied the concept of telepathy. It should be clarified that not in all senses of the word. However, communication with friends, loved ones, and family was never more distant than the pandemic. As a result of this, many people had the opportunity to share feelings and experiences through different media. One of the ways that made it possible was technology. With this advance, we have the opportunity to convey emotions and experiences despite the distance.

Telepathy is the hypothetical power of transmission between two separate minds. Like many others, this study is further proof of the remarkable capacity of the human brain. Just like once, Stephen King said, “The brain is a muscle that can move the world.”