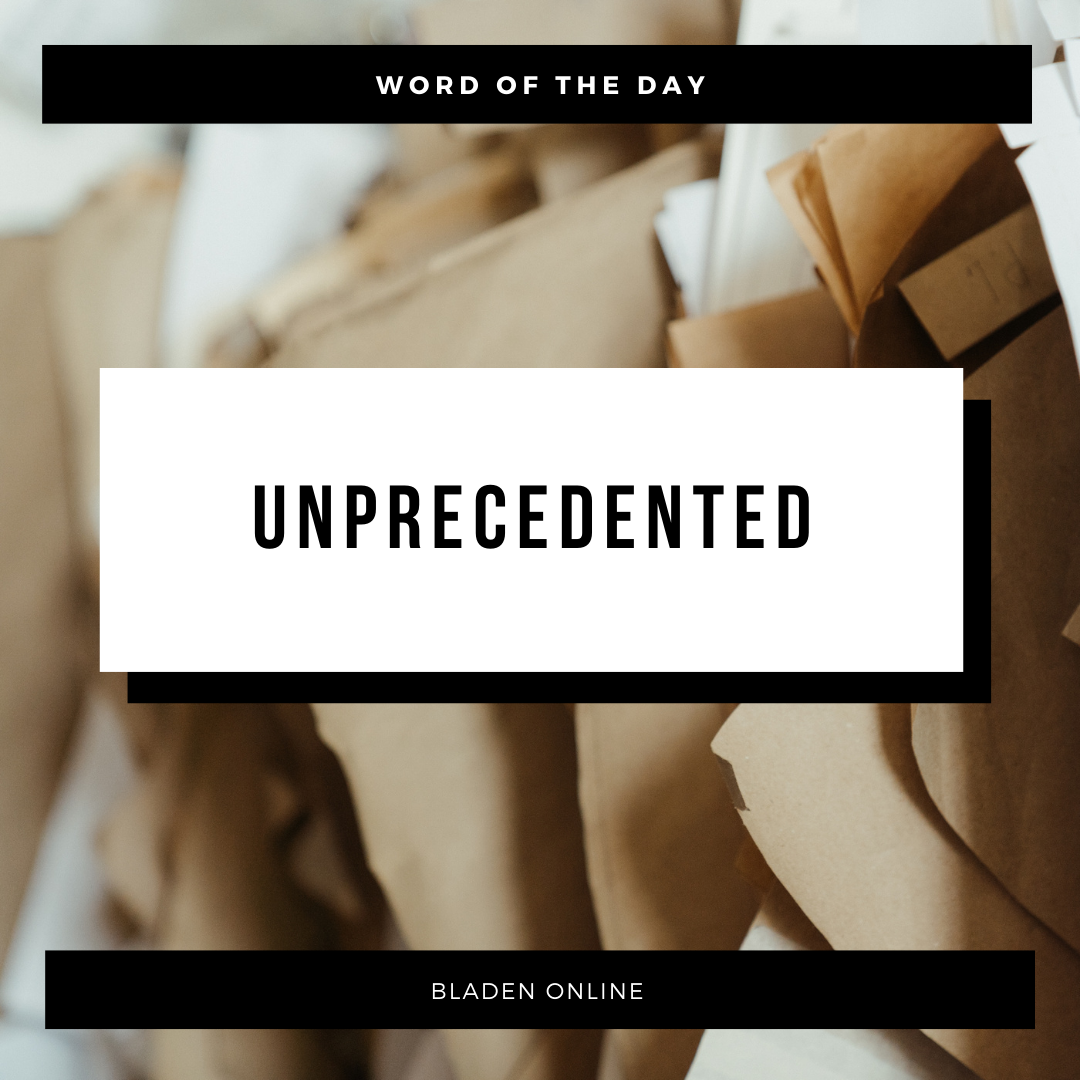 Word of the Day: Unprecedented

We have all heard the expression “unprecedented.” It’s considered a common word, and it is used in multiple areas of daily life. The term “unprecedented” shows that a referring event is a real novelty because something similar has never happened.

This word’s pronunciation may be difficult for a person to reproduce, especially if English is not the native language. It resembles something like “uhn-preh-suh-den-tuhd.”

However, here are some synonyms of this expression that could replace it:

And some sentences in which the expression “unprecedented” has been used: