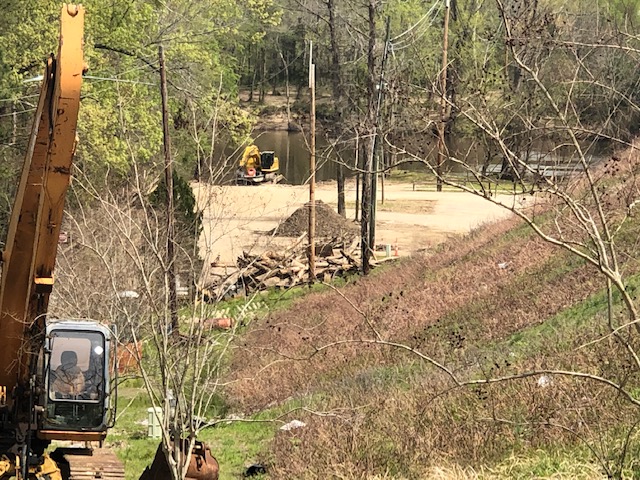 Work to clear debris under US 701 bridge nearing completion

Work to remove a log jam from underneath the US Highway 701 bridge spanning the Cape Fear River is nearing completion according to Andrew Barksdale, a Public Relations Officer with the North Carolina Department of Transportation.  All of the debris is expected to be removed within three weeks.

Once all of the debris is removed, then a bridge inspection team can begin the process of assessing and inspecting the bridge.

“The inspection, which includes using a dive team, will take about a week. Then, we hope to reopen the bridge soon after the inspection is completed,” said Barksdale. “Once open, we’ll work to clean up and reopen the park (Tory Hole Park).” 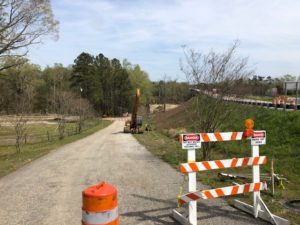 Work to remove the log jam has been stymied by an unusually wet year which has led to periods of flooding along the Cape Fear River which forced work stoppages.

Repairs were also scheduled to be made to the fender system which protects the bridge. InterCoastal Contracting, Inc., an unlimited general contracting company from Castle Hayne, was awarded a scope of work to clean up the debris and fix the fender system. The work on the fender system, however, is not expected to be completed until September 2019 due to a moratorium on work being performed in the Cape Fear River from February through July.