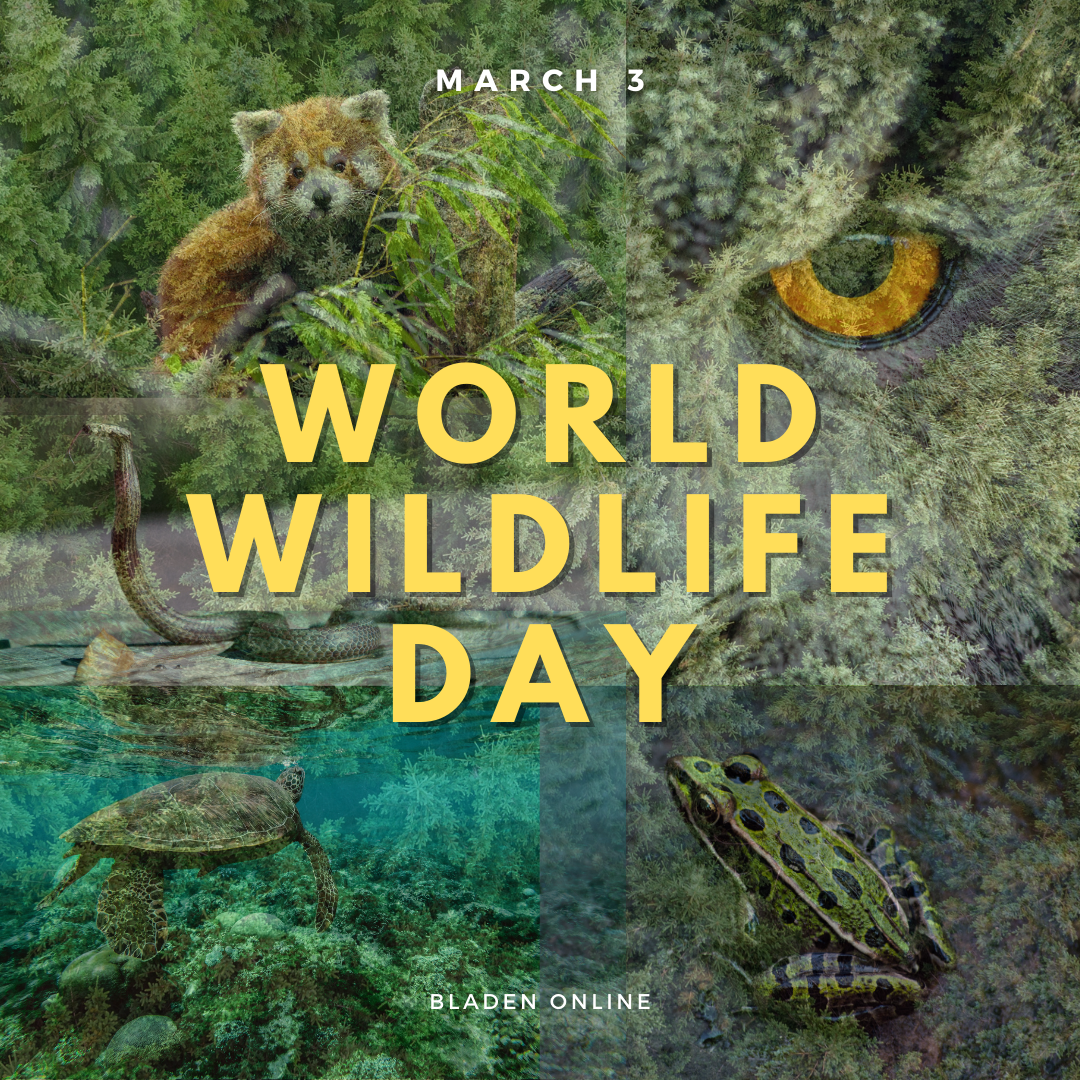 World Wildlife Day reminds people of the necessity to confront the environmental violations, offenses, and the species’ decrease caused by human activity. Not taking care of our wildlife has far-reaching negative economic, social, and ecological consequences. At its 68th session on December 20th, 2013, the United Nations General Assembly (UNGA) proclaimed March 3rd as World Wildlife Day. The holiday celebrates and raises awareness of the world’s wild animals and plants. This day has become a significant global annual event devoted to wildlife.

Ranger German told us that species such as the eastern coral snake, distinguished by a body with red, yellow, and black rings, are a particular concern in NC. There is also a federally endangered species, the red-cockaded woodpecker, which is most recognized by its black cap and nape, and distinctive white patches on its cheeks.

He pronounced as advice, “Be good stewards of the land. Don’t pollute, don’t litter. Stay a good distance from them always. It’s always a good idea to stay 10-23 feet from the animal when you observe it. Definitely don’t try to pick it up or hold them in any way; they are very fragile (they have a lot of tiny bones that can easily be broken).”

Regarding some endangered species like the Venus flytrap, which is in high protection, Garret said it is better not to disturb any carnivorous plants. It’s around 500 dollars fine per plant mess with those.

According to the North Carolina Wildlife Resources Commission, “the NCWRC established the NC WILDTIP (Turn-In-Poachers) program as a silent witness, anti-poaching program that encourages the public to report any suspicious activity or knowledge about poaching violations.” The NC WILDTIP reporting system is available 24 hours a day, seven days a week, 365 days a year. The program pays rewards to persons who present information resulting in the arrest and conviction of persons who have committed certain wildlife transgressions.

Each person can commit to doing one thing, no matter how small, to protect wildlife. Here are some ways you can help: