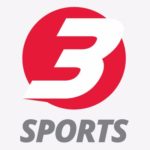 East Bladen senior Xavier Wooten has been named the WWAY-TV3 5th Quarter Player of the Week for his performance in the Eagles 34-0 victory over North Brunswick Friday night.

The link to the Player of the Week article follows: https://www.wwaytv3.com/2017/09/05/xavier-wooten-pounds-north-brunswick-for-189-yards/