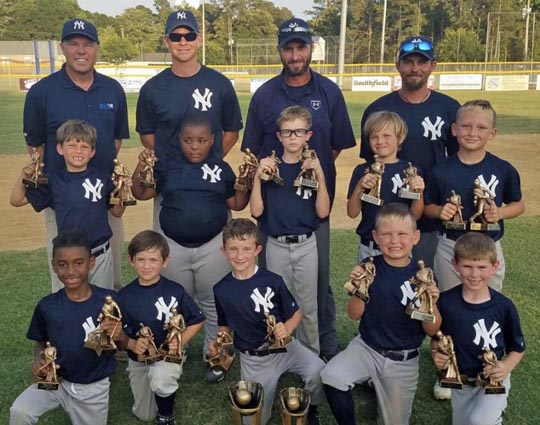 The Yankees won the Elizabethtown Dixie Youth Baseball Coach-Pitch Tournament Championship with a victory over the Pirates Friday night. The Yankees were also the league’s regular-season champion.

Members of the team are: