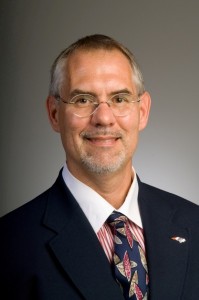 I think a lot about the job market this time of year. This is because of all the graduations of high school and college seniors and the fact many of them will be looking for their first full-time job.

It’s a cliché to say these young people will be entering a job market undergoing change, because change in the labor market has always been the norm. Even in the best of times, some jobs are being eliminated while others are created.

But I do think a case can be made that today’s job market is changing in rapid and unpredictable ways. This is due to the tremendous advances in technology, which experts say will continue to shape the kinds of jobs available to workers for decades to come.

Last month the worldwide management consulting firm, the McKinsey Global Institute (MGI for short), released an exceptionally informative report about the ongoing changes in the job market, and what they mean for workers, businesses and policymakers. I found the report very valuable.   So let me summarize MGI’s main conclusions and let you decide if they make sense.

MGI expects automation and artificial intelligence to be the big determinants of future changes in jobs. Automation –which means using machines to substitute for humans in making products – is not new. It’s been occurring for 300 years.

Yet the big game changer will be artificial intelligence, or AI. AI is a technology allowing machines to study situations and make decisions like humans. Machines accomplish this by analyzing data from previous similar situations and applying models of how to act.

The best current example of AI is autonomous (self-driving) vehicles, where multiple sensors constantly feed the vehicles’ AI system information about the roadway and the positions and speeds of nearby vehicles. The system then uses the information to “drive” the vehicle.

There have been numerous reports of experimental autonomous vehicles having issues resulting in accidents. But MGI predicts the AI vehicular system will be perfected and more self-driving vehicles are just around the corner. Besides transportation, MGI anticipates major uses for AI in healthcare and retailing.

At this point you may be thinking the expansion of automation and artificial intelligence will be job destroyers, leaving less work for humans. While some economists agree with this outlook, MGI is more optimistic. MGI sees companies reorganizing their workforce away from tasks that can now be done by machines to those that can’t. So there will be jobs – just different ones.

For example, in manufacturing, while jobs on the assembly line and in packaging and transportation will decline, MGI says they will expand in sales, engineering and management.  Likewise, in retailing there will be less need for shelf-stockers but more need for customer service reps.

These changes in work performed by humans will have a direct impact on the kinds of worker skills desired by companies. Between now and 2030, MGI sees an 11 percent drop in workers performing physical and manual work, but a 60 percent increase in the need for workers with technical skills like advanced programming, data analysis, technology  design and maintenance and engineering.

Perhaps one of the biggest surprises of the MGI analysis is their forecast of a greater demand for workers with communication, interpersonal and leadership skills – skills that many companies say is lacking among today’s graduates. MGI sees a 26 percent increase in hiring of these kinds of workers between today and 2030.

A big question is how these skill shifts will occur, and who will lead it? The best outcome – especially for existing workers – is for companies to reorganize their current workforce and provide needed training for the new skills. Companies will do this if they are satisfied with their current staff and want to avoid the costs of hiring new workers.

But not all companies will be in this situation, so MGI anticipates – as do I – that the expected changes in what companies want from their workers will create significant firings and hirings.  This means many workers will need to be retrained in our community colleges and universities. These institutions need to be ready with programs that are focused, affordable and quick.

I have read and studied much material about how our job market is evolving, and I assess the new MGI report is on the mark. We can perceive both good and bad implications in their study, which means the future job market will be both exciting and challenging.

So if MGI is correct, should we be happy or depressed about the employment prospects for today’s and tomorrow’s graduates? You decide.

Walden is a William Neal Reynolds Distinguished Professor and Extension Economist in the Department of Agricultural and Resource Economics at North Carolina State University who teaches and writes on personal finance, economic outlook and public policy.

Tags: You Decide: How Will the Workforce Change?