You Decide: Is Another Recession Around the Corner? 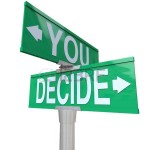 Much of the economic news has been rather gloomy recently. There have been wild swings in the stock market, with multi-hundred point losses on some days. The Chinese economy may be in free-fall, while Europe is dealing with thousands of refugees from the war-torn Middle East.

Canada is officially in a recession. And although jobs are being created, more than 10 percent of individuals in the labor force either don’t have a job, have given up looking for a job or are working part-time because they can’t find full-time work.

Does this mean the nation is headed into another recession?

Some say the last recession, which officially began in late 2007, never ended. I understand that attitude. If your personal economic world hasn’t been improving – either because you don’t have a job, your paycheck is shrinking or you’ve just been hit with a big expense – then to you economic times are still not good.

But we measure changes in the economy by the sum of economic activity for all people and companies. More than 12.5 million jobs nationally and 418,000 jobs in North Carolina have been added since early 2010. The broadest measure of the unemployment rate is down 40 percent during the past five years. Consumer sentiment about the economy has been steadily improving.

Recessions can be caused by a number of factors or events. Among them are a build-up of private debt, the spike in the price of a key commodity in the economy, a move by the Federal Reserve to reduce high inflation, or the emergence of an investment “bubble.”

Let’s look at the current situation for each of these factors. Private debt today is low, not high. The debt load of households – measured by the percentage of households’ after-tax income devoted to loan payments – is at a three decade low. Business debt is also low. Even government debt – relative to the size of the economy – has stabilized.

Recessions in the 1970s were triggered by big jumps in oil prices. Today, oil prices have gone in the opposite direction – down. Most other commodity prices – like metals and crops – have also trended down. Gold is cheaper today than it was a year ago. So there doesn’t seem to be any pressure on the economy from commodity costs.

The deep recession in the early 1980s was induced by the Federal Reserve in an effort to reduce the double-digit inflation rate prevailing at the time. The Federal Reserve raised interest rates and restricted credit growth. As a result, private sector spending slowed and a recession resulted. The inflation rate did plunge, but at the cost of higher unemployment and lower incomes.

Again, the situation is entirely different today. All the gauges of inflation – from government and private sources alike – show the average of prices rising at modest rates. The Federal Reserve may raise the interest rates they control, but mainly because they are now effectively zero – and that doesn’t give the Federal Reserve any room to reduce rates if some economic crisis occurred. Furthermore, the increase in interest rates should be modest – maybe one-quarter of a percent.

This leaves the development of an investment “bubble” as the last potential cause of a new recession, and this is actually the factor that may now have the greatest risk of happening. The attention is to two possible bubbles – one in the bond market and the other in the stock market.

The value of long-term bonds is related to changes in interest rates. Increases in rates lower the value of existing long-term bonds, because new bonds would then pay more than existing bonds. Thus there’s a concern the value of existing bonds is too high (they’re in an “investment bubble”) because interest rates are so low. So when rates rise, some analysts say to look out for a possible crash in the multi-trillion dollar bond market.

I find the “bubble” concerns about bonds and stocks the most compelling for worries about a new recession. But still, I think interest rates will rise moderately, leading to, at most, a moderate drop in bond and stock values. However, that’s just my judgment, which certainly isn’t flawless. Like all investors, you decide what might happen!

Dr. Mike Walden is a William Neal Reynolds Distinguished Professor and North Carolina Cooperative Extension economist in the Department of Agricultural and Resource Economics of North Carolina State University’s College of Agriculture and Life Sciences. He teaches and writes on personal finance, economic outlook and public policy. The College of Agriculture and Life Sciences communications unit provides his You Decide column every two weeks.

Published in Economics and Opinion