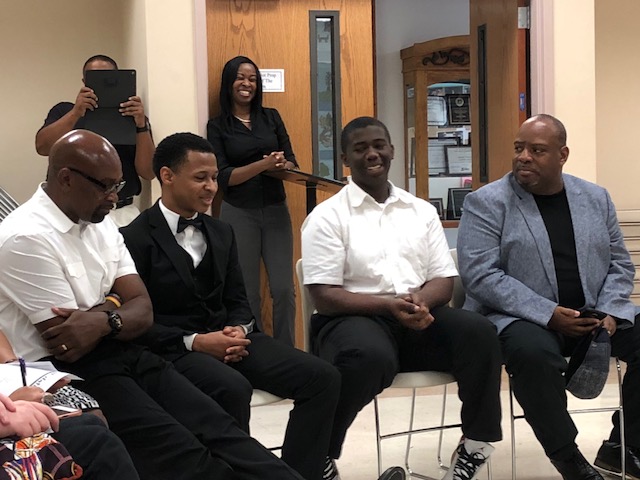 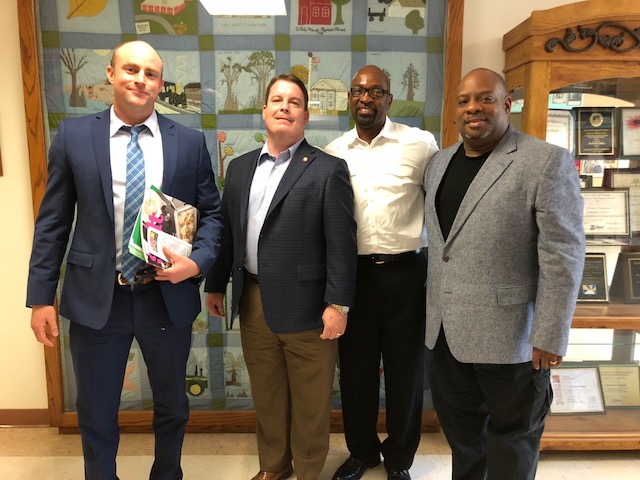 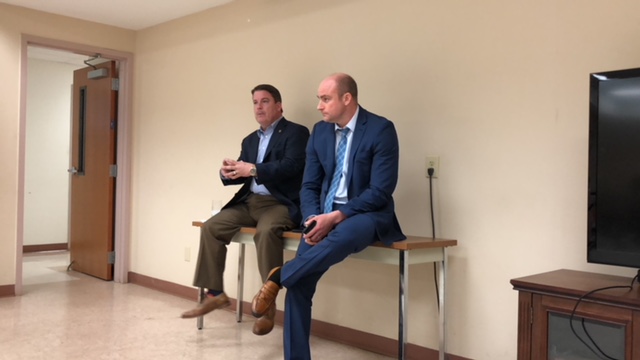 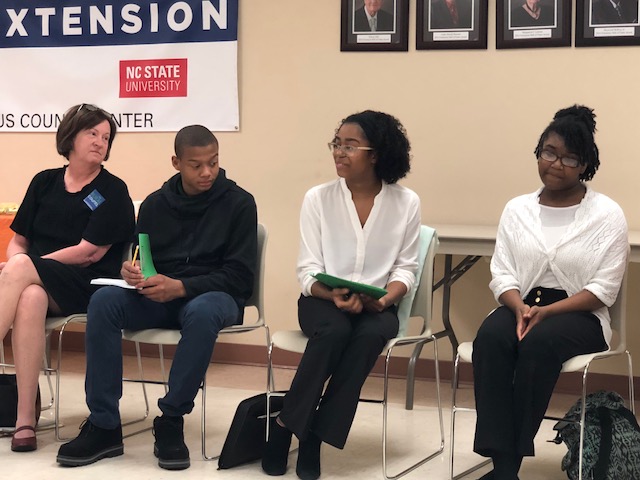 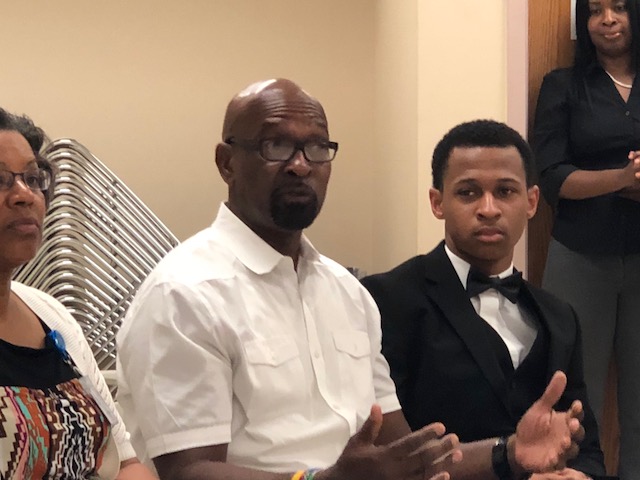 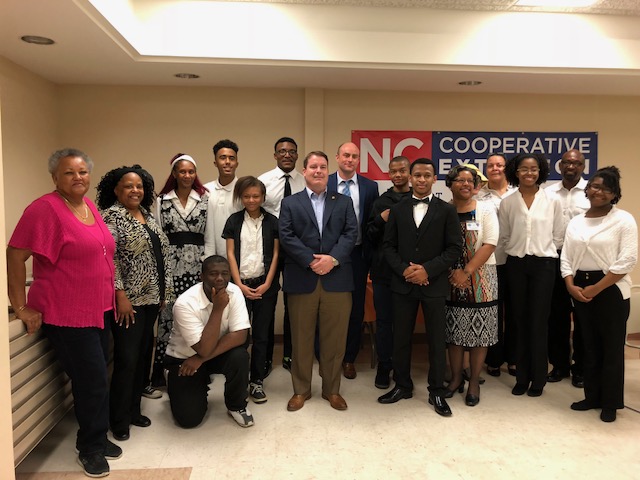 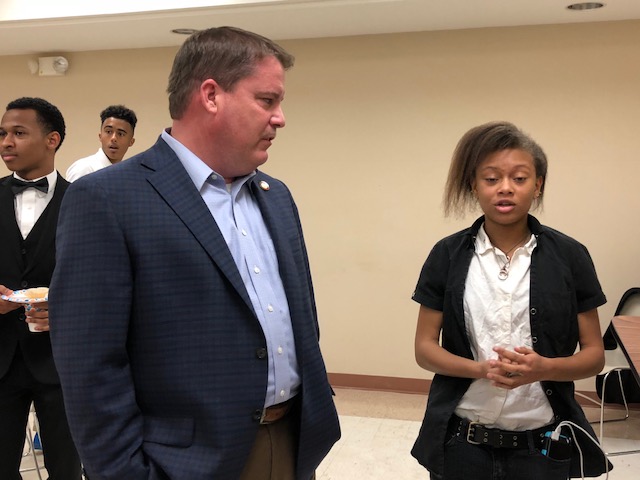 The Men and Women United for Youth and Families’ Youth Ambassadors met with their local legislators on Thursday afternoon and learned what they do while in Raleigh. NC Senator Danny Britt Jr. and Brenden Jones with the NC House of Representatives explained to the Ambassadors the role of the committees on which they serve as it pertains to the NC Senate and NC House of Representatives.

Britt addressed the Youth Ambassadors first and told them he had served as a District Attorney prior to seeking elected office. Britt also spoke to them about recently adopted legislation which gives youths charged with crimes a chance to receive the help they need and also prevents them from having to go to court.

“It keeps the folks who are young from getting a record,” said Britt.

He also complemented the Youth Ambassadors on their Food Policy Council and their efforts to grow and sell fresh produce. Among Britt’s committee assignments is the Agriculture/Environment/Natural Resources Committee and the Judiciary Committee.

“It is an awesome, constructive way to provide for yourself,” said Britt.

Jones told the group he is from Tabor City and explained that he serves on several committees including the Agriculture Committee.

“I think its fantastic what you are doing,” said Jones of the Food Policy Council and their efforts to grow and nurture community gardens.

Britt replied that a lot of what the Agriculture Committee does is to promote agriculture-related legislation. He told the group that the Committee promote Agriculture as an industry and ensure the NC Department of Agriculture has the funding necessary to market our products.

Britt also said the General Assembly is working to reduce food deserts in the state. Brendan Jones added that a food desert is defined as living 10 or miles away from a grocery store.

Jones said the average of a farmer in North Carolina currently is 58 years old. He said the General Assembly is working to provide funding for first-time and young farmers.

Youth Ambassador Dontrell Stevenson said the program has inspired him.

“This program has enlightened me to become a food advocate,” said Stevenson. He expressed a concern regarding the lack of labeling that explains where our food comes from.

“Federally, they are not labeling where food comes from,” said Jones.

He explained for example there is seafood that comes from Vietnam and other countries. Jones explained the food standards in those countries are different from those of the United States.

Men and Women United for Youth and Families Director Randolph Keaton said the youth are actually the ones who are inspiring the adults. He shared his own story with growing up on a farm and how the farm life gave him the opportunity to go to college.

Mariah Smith-Cunningham inquired as to how Britt and Jones planned to spread the message of choosing healthy lifestyles. She pointed that Physical Education classes are only required for the Freshman year of high school.

Britt and Jones both stated they understand Smith-Cunningham’s frustration. Britt pointed out one problem is the proliferation of electronics which have taken the place of outdoor activities. Jones added that teachers also have to accomplish certain goals in the classroom in preparation for students taking standardized tests. These goals have lead to less time for outdoor classroom activities.

There was also a meet and greet following the discussion.