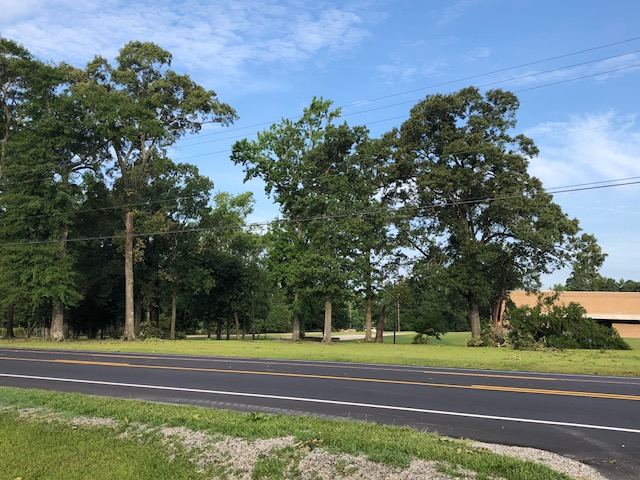 Strong thunderstorms passed through Bladen County overnight Sunday leaving many residents without power and yards littered with debris. One Elizabethtown family had a tree fall on their home.

Bladen County Fire Marshal Kenneth Clark said there were multiple reports of trees down throughout the county and one tree was reported to have crashed through a mobile home located on Powell Street in Elizabethtown. Clark also said several farm sheds were also reported to have received damage.

Elizabethtown Fire Chief Nick West said the owner of the mobile home on Powell Street is receiving assistance from the American Red Cross. Chief West added he does not know where the family is being housed.

“We (the Elizabethtown Fire Department) got the tree off the house and placed a tarp over the hole in the roof,” said Chief West.

He added the tree also fell on a car parked near the mobile home.

Several trees were also reported to be down in the towns of Bladenboro and White Lake. No reports have been received thus far of any structural damage.

Both Duke Energy and Four County Electric Membership Corporation reported customers lost power during the storms but all power had been restored by Monday morning.