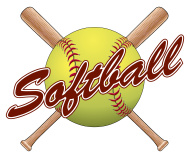 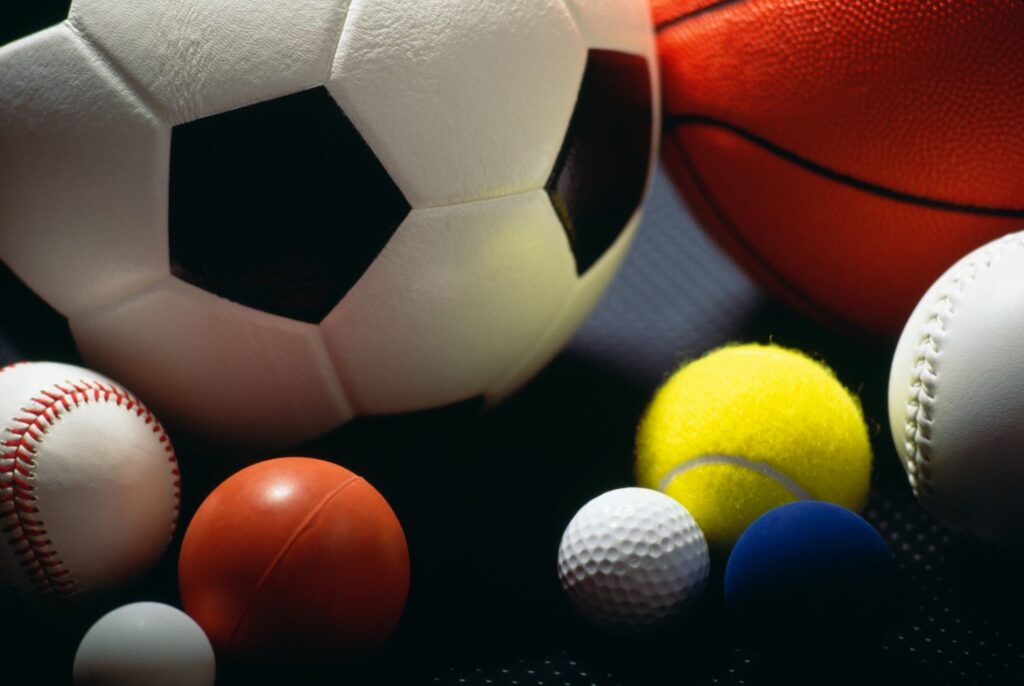 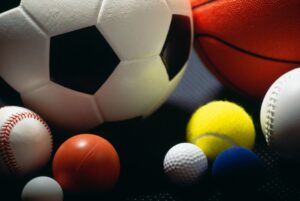 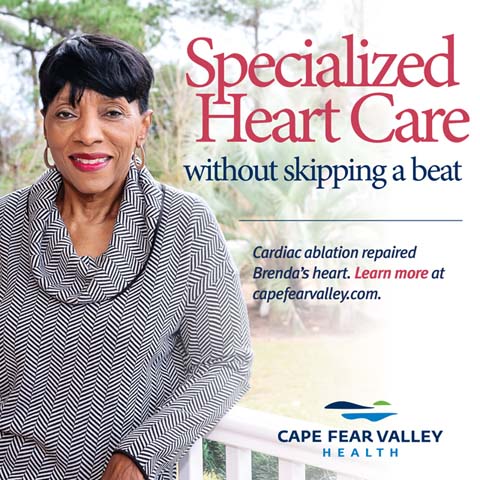 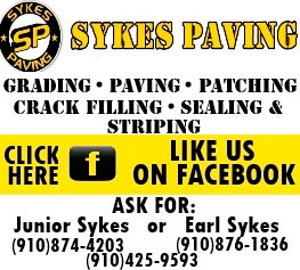 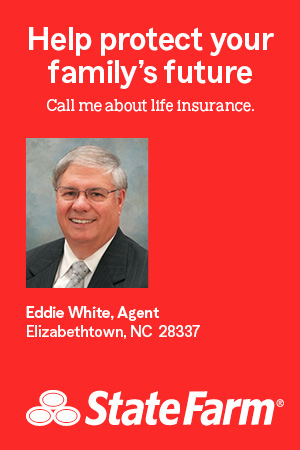 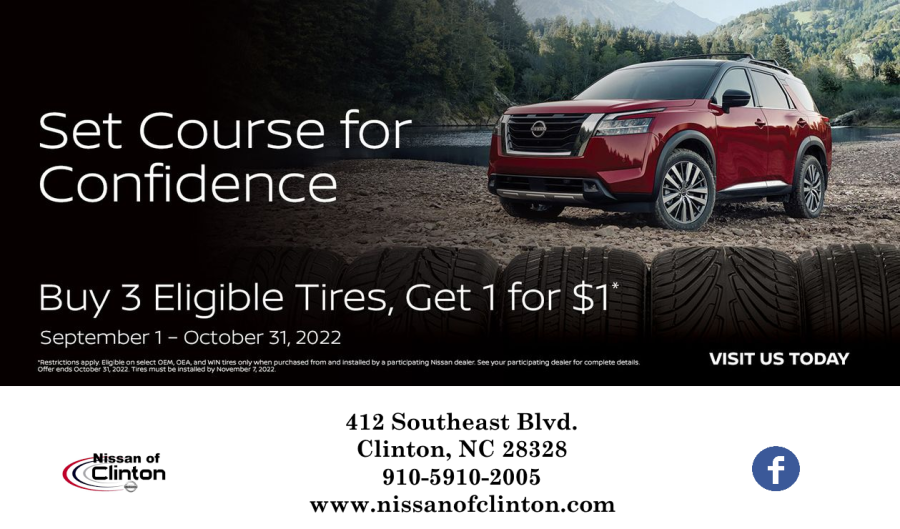 HARRELLS – Harrells Christian Academy’s Senior Beta Club recently attended the North Carolina Beta Convention in Greensboro from January 27-28 where they competed with other Betas in grades 9-12 from throughout the state. Students participated in academic and artistic events ranging from individual to large group competitions. This year’s Beta theme, Power of Beta, was incorporated into many of the projects and performances. READ MORE 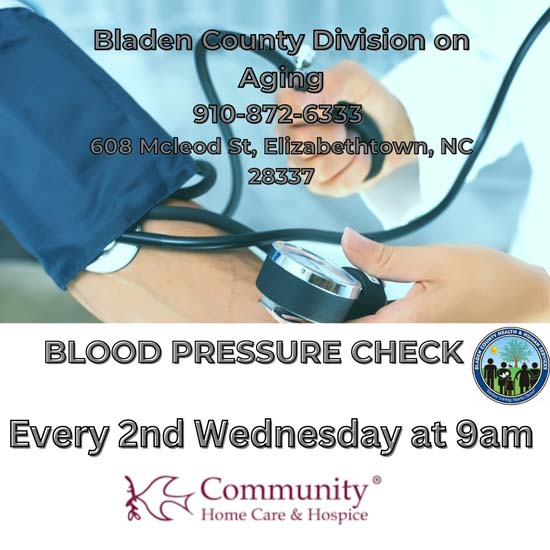 It’s been more than five years since Bladen County Sheriff Jim McVicker introduced a safe location for people to conduct transactions that began on the internet.

The “Safe Zone” still is available in the parking area outside the Sheriff’s Office located on Smith Circle in Elizabethtown. READ MORE 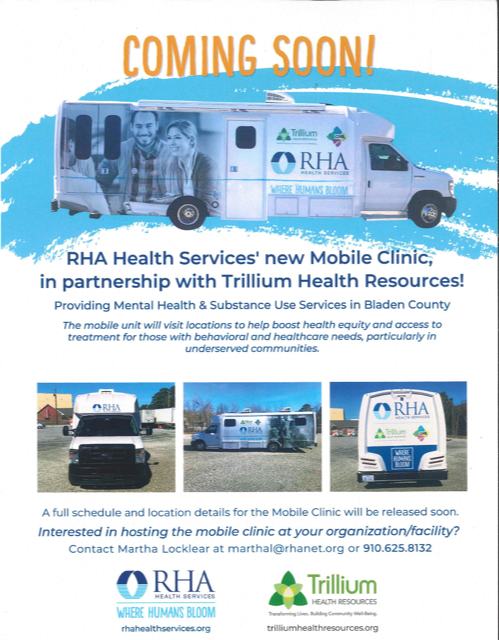 FAYETTEVILLE – Cape Fear Valley Health has several special upcoming hiring events. Interested applicants can find more information and register in advance for any of these events by clicking here. 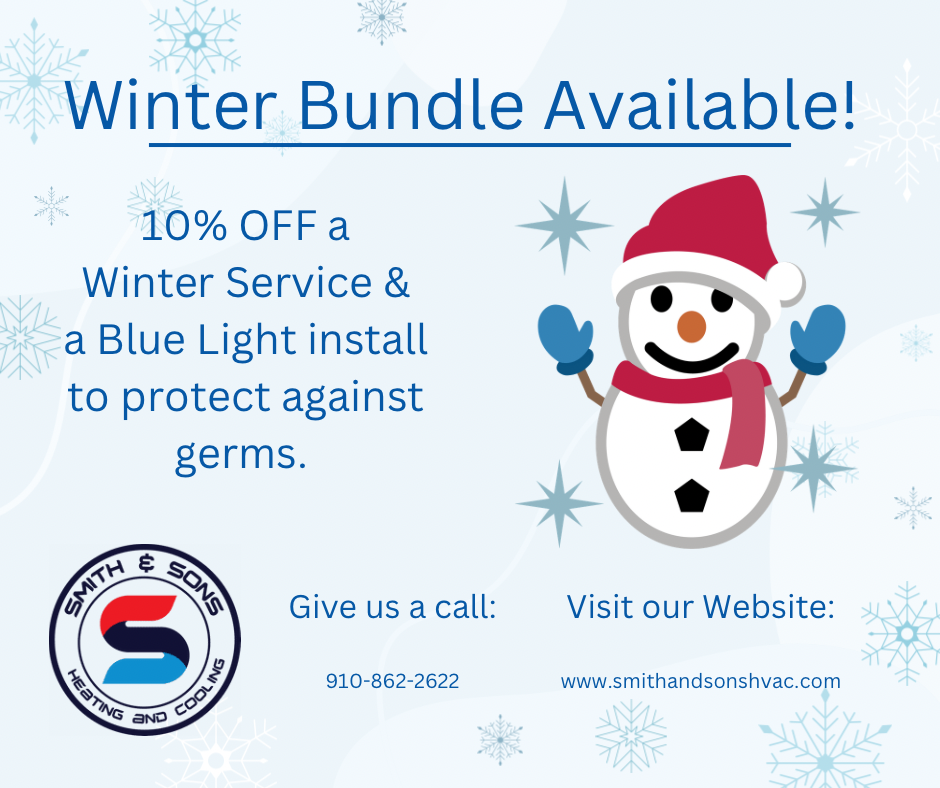 West Bladen AJROTC defeated Smith Station MCJROTC 915.3 to 858.2 in the 2023 National Air Rifle New Shooter League. West Bladen AJROTC was led by Marissa Taylor, who shot a 255.0. The remaining contributing members were Sarah Hash, Ashley Resindez, and John Hundley. They are from Bladenboro and are coached by Hash. READ MORE 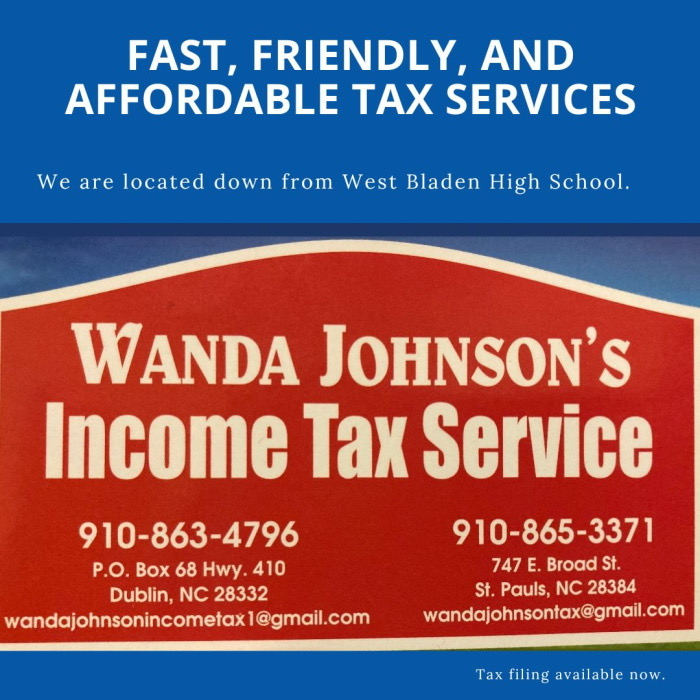 A ribbon-cutting ceremony is scheduled Friday, Feb. 17 to open a new bridge over the Jones Lake Drain in Turnbull Creek Educational State Forest.

The ceremony will coincide with the Year of the Trail Festival in Bladen County Feb. 17-19. READ MORE

States that expanded access to federal food benefits saw decreases in the rates of cases investigated by child protective services, a new study by researchers from UNC Chapel Hill shows.

“It was affirming to see it aligning with mounting evidence,” said Anna Austin, an assistant professor at the Gillings School of Global Public Health and principal investigator on the study. READ MORE 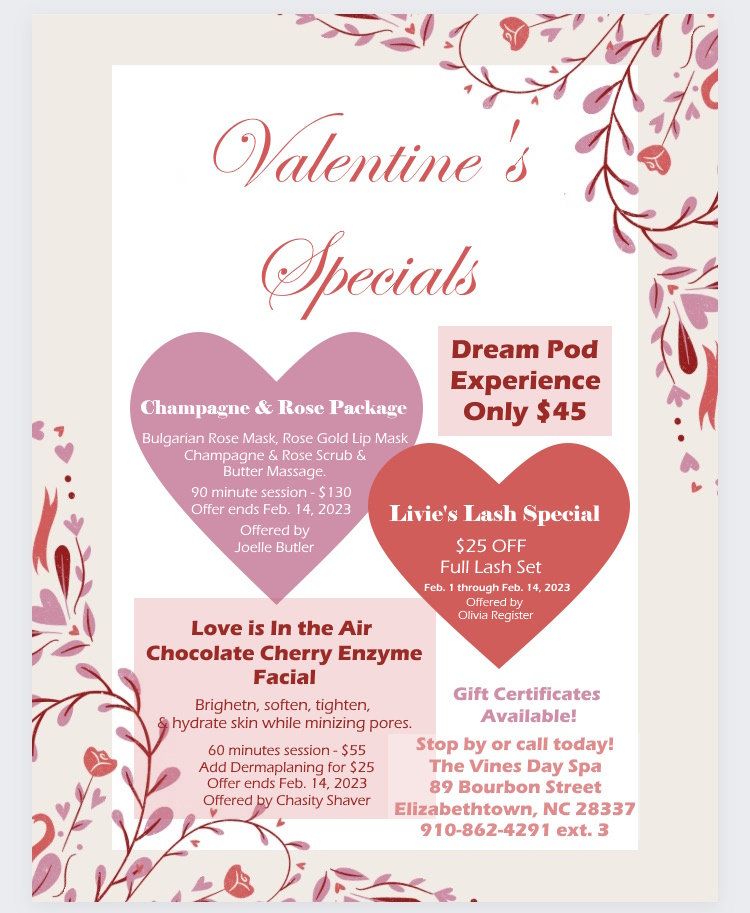 Checking local weather … Patchy fog before 8 a.m. Otherwise, sunny, with a high near 61.

The Greater Fayetteville Business Journal highlights economic development in the past, present and future in the county seats throughout a seven county coverage area … Interesting reading … Google for article… READ MORE 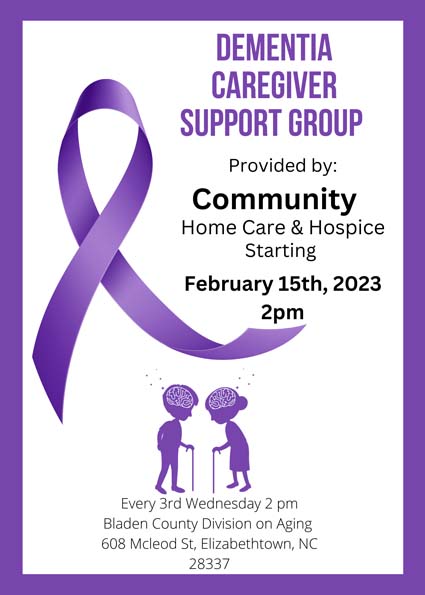 The Bladen County Board of Commissioners are expected to hold a public hearing Monday and consider for approval a rezoning request for a retail store to be built at the intersection of NC 242 South and Twisted Hickory Road.

The hearing is part of the board’s regularly scheduled meeting Monday at 6:30 p.m. inside the Commissioners’ Room on the lower level of the Bladen County Courthouse in Elizabethtown. READ MORE 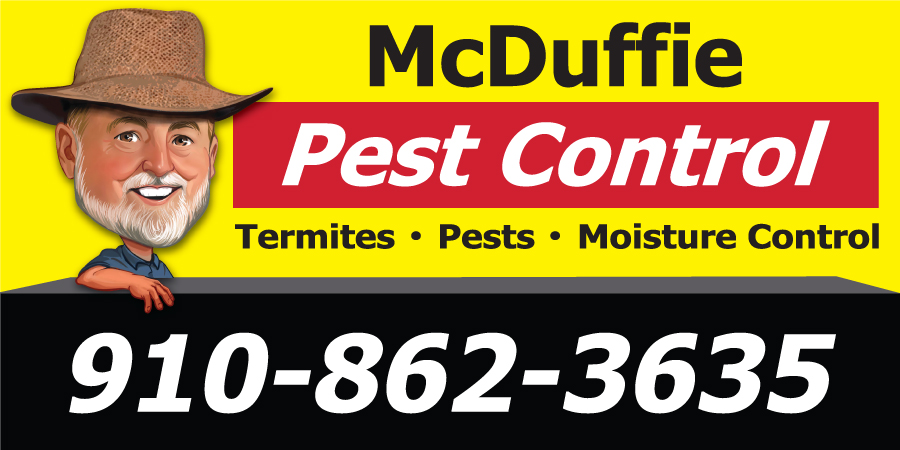 The Council is scheduled to conduct its regular monthly meeting Monday at 7 p.m. at Town Hall located at 805 West Broad Street. READ MORE

3 Things To Know For Monday 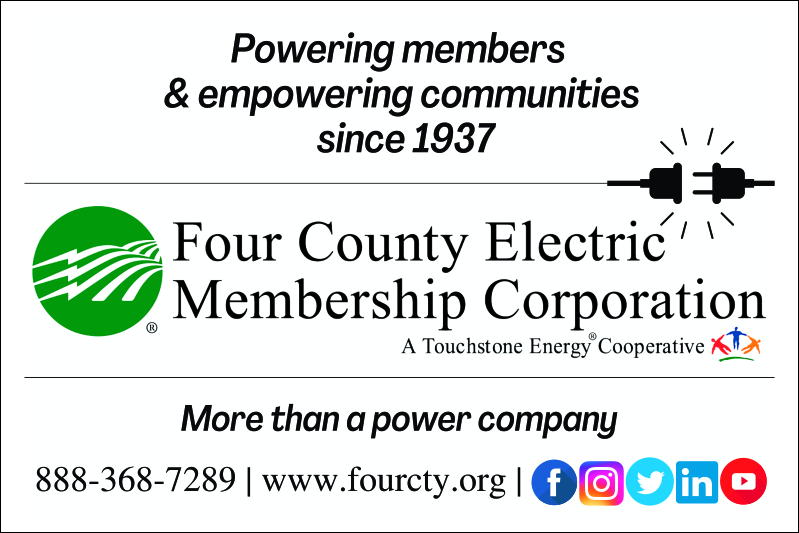 This Day in History For Feb. 6

1971 – American astronaut Alan Shepard is 1st to hit a golf ball on the moon. 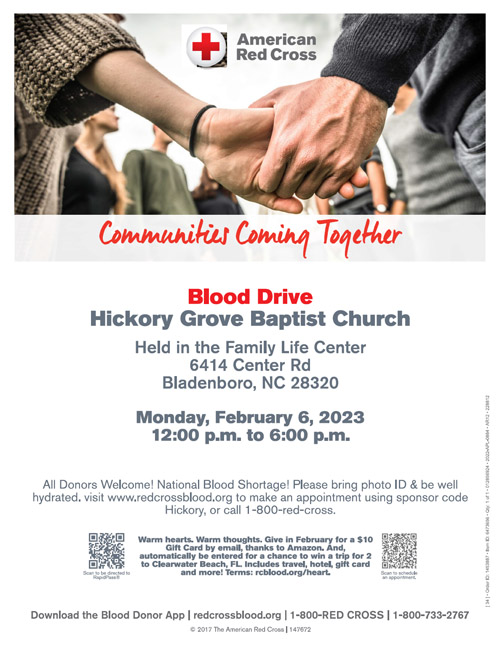 A Chinese balloon (satellite spy?) was finally shot down by the US off the coast of South Carolina, (Saturday). Not likely a Happy Birthday wish to someone…

Today is CHURCH DAY … Attend the church of your choice, or join a service online… READ MORE 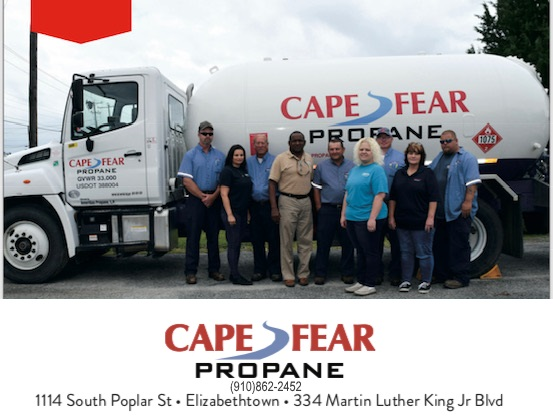 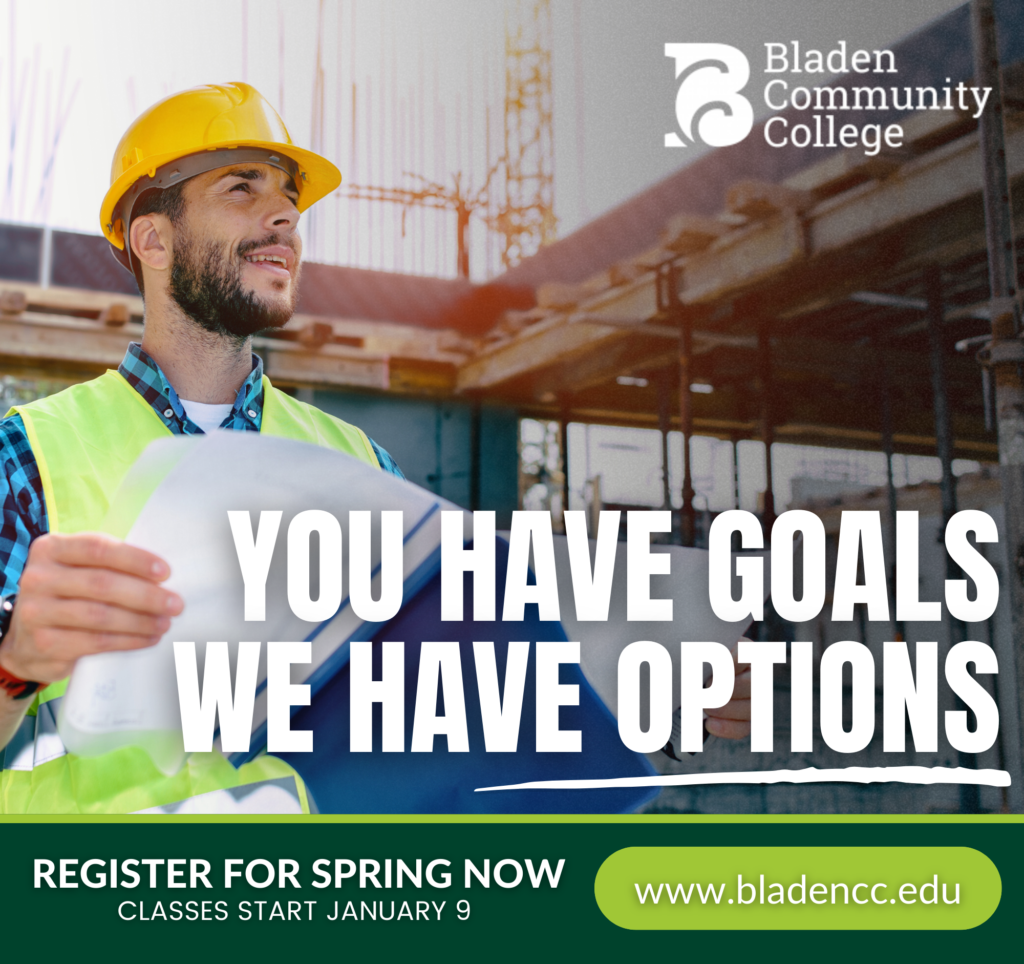 The virtual 4-week Dining with Diabetes series will be held on Tuesdays beginning Feb. 21 and continuing Feb. 28, March 7 and March 14 from 5:30-7 p.m. READ MORE 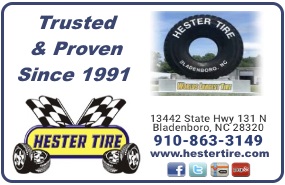 Each year schools across the state compete at the convention held in Greensboro. READ MORE 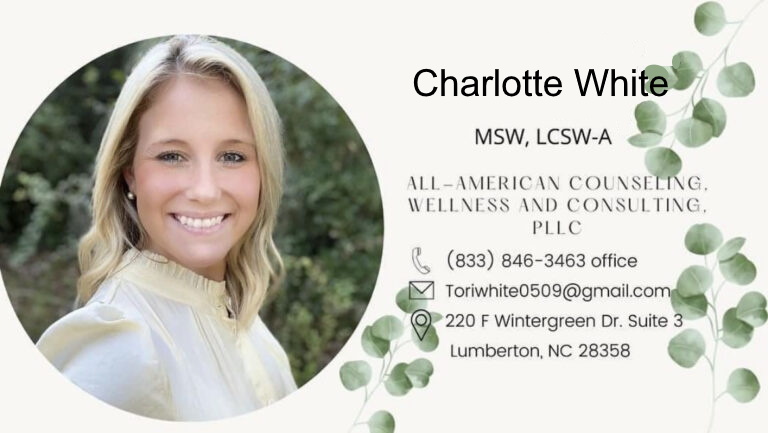 Following are the awards and recognitions the local middle school brought back from the convention held in Greensboro. READ MORE

Things To Do In North Carolina For February 2023

Have you ever been sitting in your house wishing you had something to do? Well, there are many different things you can do in North Carolina, ranging from the Carolina Chocolate Festival in Morehead City; to Colored Silk: A Mother’s Civil War Odyssey in New Bern. We want to help you find some events you may be interested in attending. READ MORE 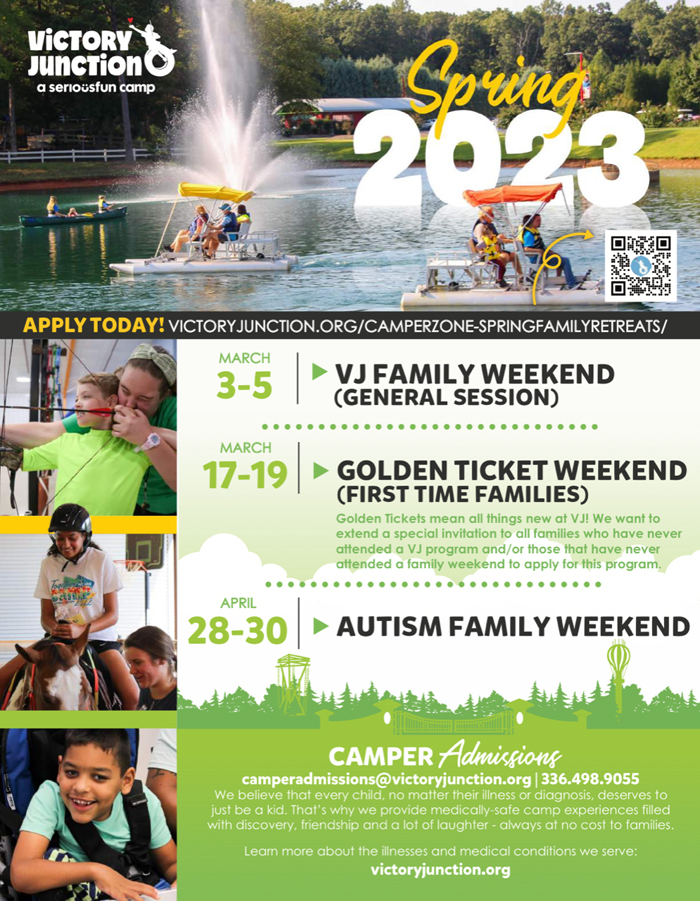 Town of Elizabethtown Celebrating 250 Years Throughout 2023

The Town of Elizabethtown will be celebrating its 250th anniversary this year with a schedule of events that will span from March to November, kicking off with a Founders Day on Saturday, March 4. 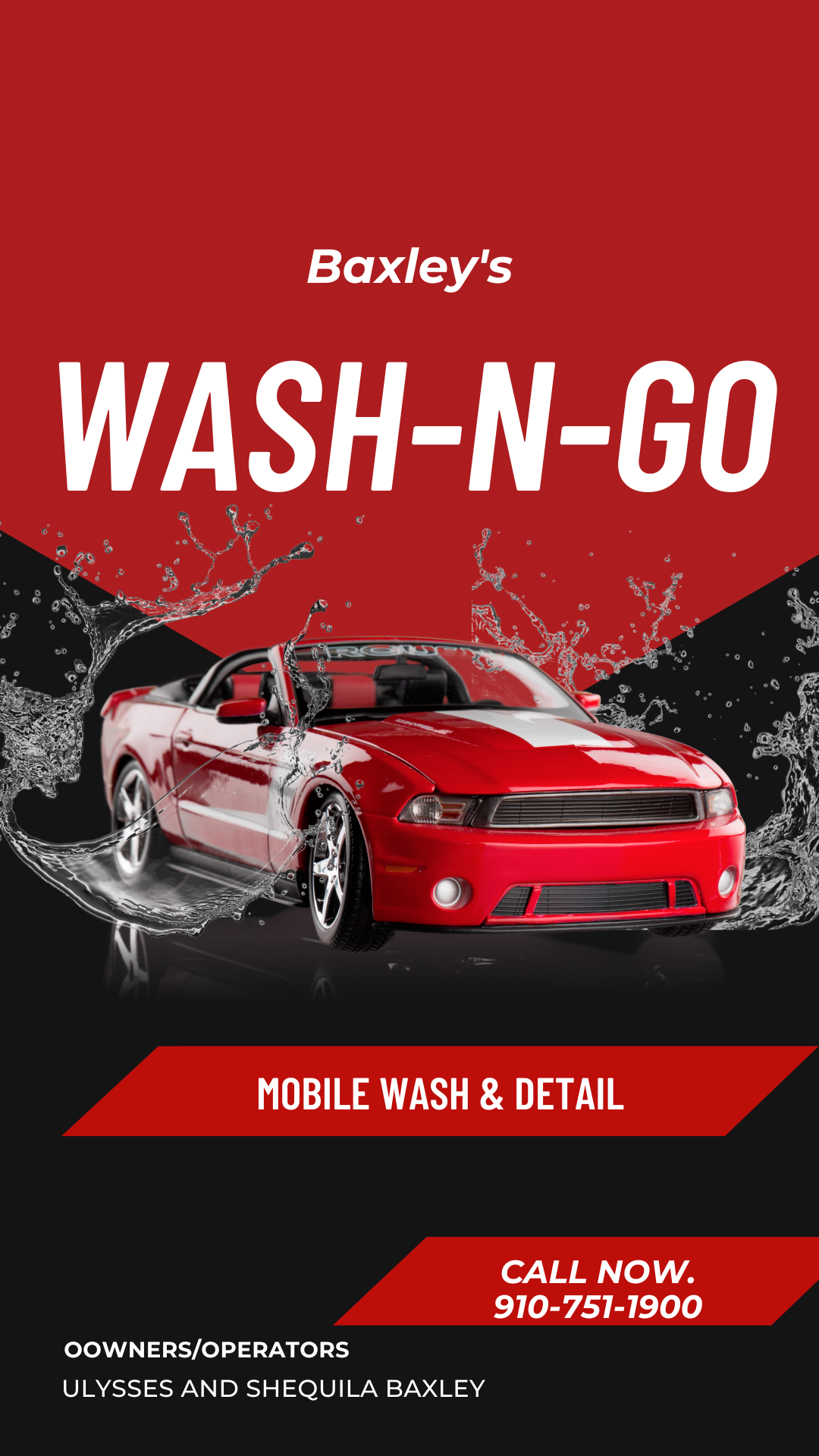 Bladen Board Of Education To Hold Work Session

The Bladen County Board of Education will hold a work session on Monday, February 6, at 5:30 p.m. for the purpose of hearing presentations by school and district administrators regarding their respective schools and departments. 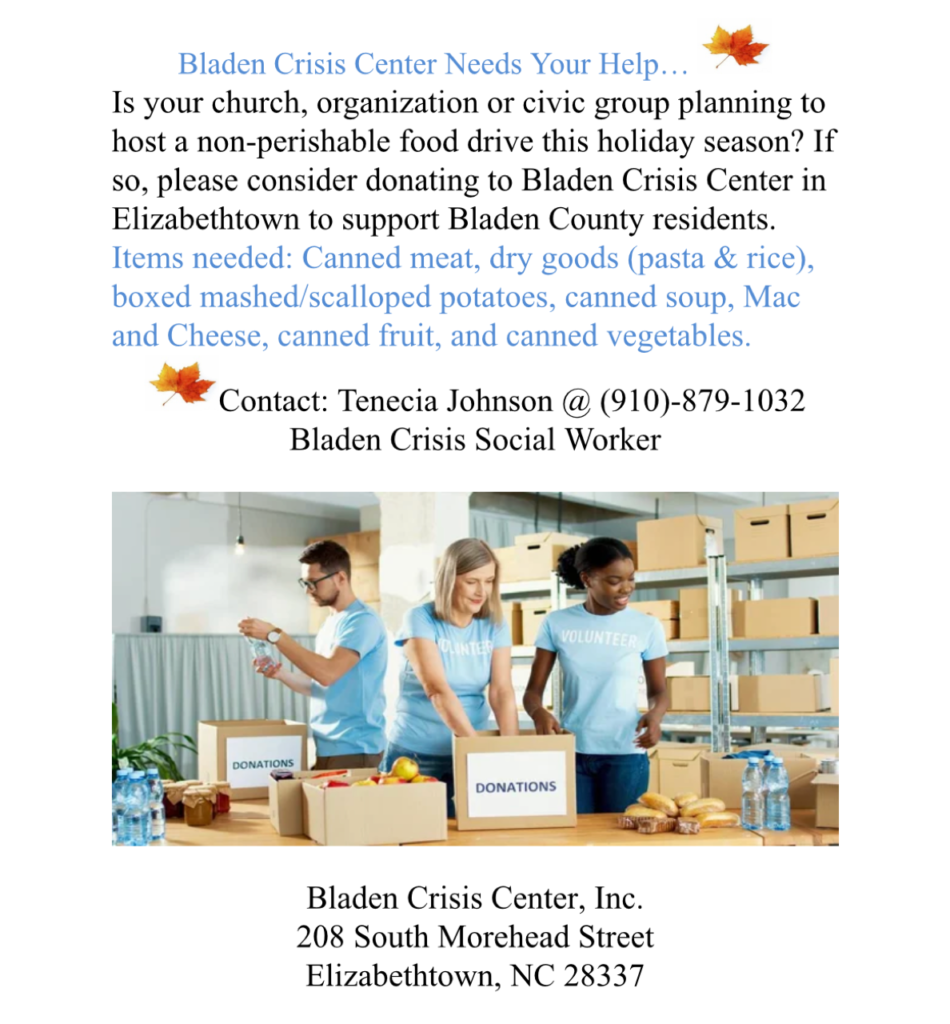 The Mother County Genealogical Society will meet on Saturday February 11 at 12:30 p.m. inside the Bladenboro Historical Society Building located at 818 South Main Street.

All with an interest in history and genealogy are welcome. READ MORE 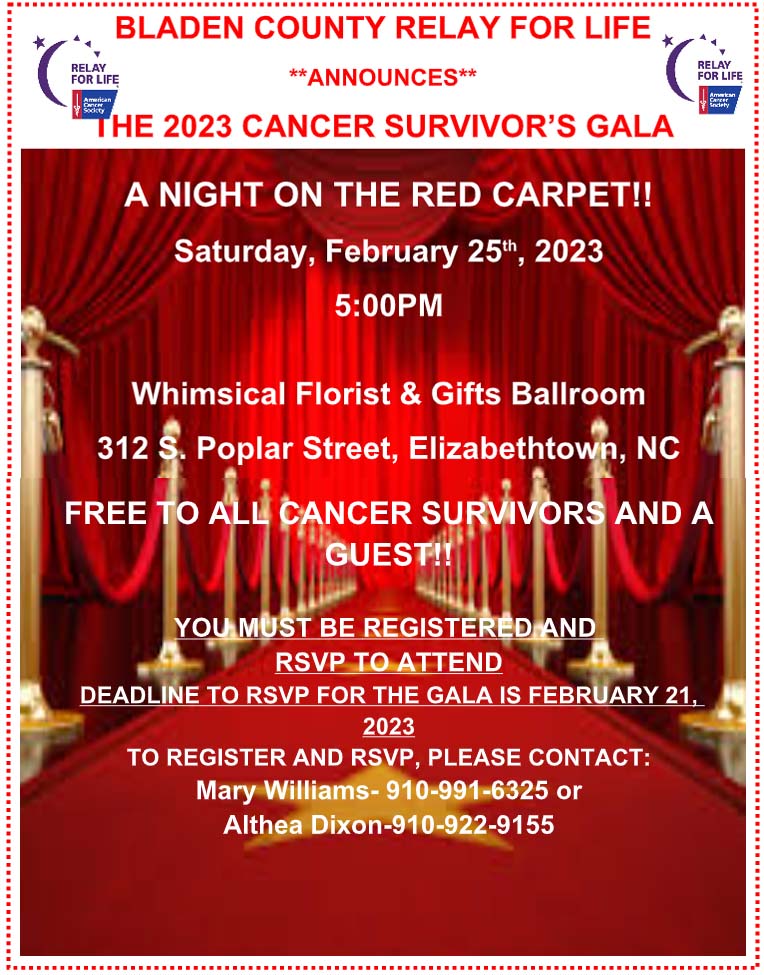 CURRIE — Members of the Cape Fear Revolutionary War Round Table donated $500 to Moores Creek National Battlefield. The recent donation will help the park develop new exhibits that will highlight important stories about the battle.

We have asked for rain recently, we have received … not more than needed in our area … Checking the gauge at the local airport and only about 3/4 of an inch has been recorded over the past 2 or 3 days … Just feels like more I guess … More rain in today’s forecast…

Still not excited about round-a-bouts … or 4-way stops … but, best I can tell someone is… READ MORE

Pre-registration is required for the online webinar series and Project Learning Tree. The webinars are open to the public. READ MORE

As usual, the new beginning to a month brings with it the report from the fine folks at the Bladen County Health Department, making us aware of the sanitation inspections that were performed in the previous month. You can check out the list to see which restaurants, kitchens, delis, and stores were inspected this year in January. READ MORE

When school is out of session, North Carolina’s Summer Nutrition Programs help fill the gap by providing free meals and snacks to children ages 18 and younger who might otherwise go hungry.

The need for sponsoring agencies and sites for Summer Nutrition Programs is at an all-time high. READ MORE

Wednesday was February 1st. In stores, you are probably seeing all shades of pink and red, flowers, balloons, and more chocolate than you could ever eat. That means the season of love is now in full swing.

Maybe you are talking to or dating someone new – some sort of new “love interest” – How do you tackle Valentine’s day without being “too much?” READ MORE

This was the seventh year ECA has competed in the NC convention, and it was their most successful year yet. ECA brought home a total of 26 awards. READ MORE

Heavyn Smith, a junior at East Bladen High School, was recently inducted into the school’s Chapter of the National Honor Society.

A student’s membership is based on character, scholarship, leadership, and service. READ MORE

Unemployment rates (not seasonally adjusted) decreased in 96 of North Carolina’s counties in December and increased in four, according to figures released Wednesday by the N.C. Department of Commerce.

Bladen County’s unemployment was at 4.3% for December, which was a 0.7% drop compared to November’s 5.0% rate, the state figures show. READ MORE

The Carolina Civic Center Historic Theater in downtown Lumberton will present an evening of Motown on Saturday, February 18 at 7 p.m. with “The Motown Special with Denise Tichenor and Friends.”

Denise Tichenor has been a professional singer/performer for over 30 years. READ MORE

What started as a part-time venture became a full-time small business for Kevin Stewart. Taking a leap of faith, he left his job of eight years to devote all of his working hours to Stewart’s Mobile Service nearly 20 years ago.

An explanation is in order … I produced Thoughts for Tuesday, January 31 … I thought I sent them … but obviously, I did not … and #2 son was visiting, and I was attempting to have vehicles inspected …  I usually visit the BladenOnline site throughout the day, not so yesterday … I discovered My Thoughts someplace deep in my computer, and later forwarded late last evening … I offer my apology … I promise to attempt to do better…difficult at times … very rewarding at other times… READ MORE

CHARLOTTE – Duke Energy has proposed a major expansion to its Green Source Advantage (GSA) program, giving customers the option to supplement their power usage with 100% renewable power – and the ability to pair renewable projects with energy storage. READ MORE

The East and West Bladen Key Clubs and the local Kiwanians set up boxes for canned donations across the county. READ MORE

Jair McElveen, a junior at East Bladen, ran for NC Beta Club State President and won the title. He had hundreds of Betas, “Jumping in the Air for Jair.” His fellow East Bladen Betas also performed a convincing skit and won third place for their efforts.

“It has been amazing,” McElveen stated. READ MORE

Here were some of the stories making news in Bladen County in 1973:

• The Elizabethtown Jaycees held their DSA banquet and made the following awards:

Interesting comments from recent ‘Thoughts” One response to yesterday’s thoughts … “We have been watching the Walton’s on Prime TV … It will take one back to smoke houses and ice refrigerators.” Thanks for sharing

IN CASE YOU MISSED IT

CURRIE — It’s been almost 247 years since a group of Loyalists charges across a partially dismantled Moores Creek Bridge as nearly 1,000 North Carolina Patriots waited quietly with cannons and muskets poised to fire.

On February 25-26, Moores Creek National Battlefield will commemorate the 247th anniversary of the Battle of Moores Creek Bridge. READ MORE

The application period has opened for a pair of $750 educational scholarships and two $1,000 scholarships for high school seniors who live in the 28320 ZIP code.

The deadline to submit an application for the scholarships is April 28. Winners will be announced in May. READ MORE

Here are the programs scheduled for February 2023 at Jones Lake State Park.

FAYETTEVILLE – Cape Fear Valley Health Foundation and Methodist University announced Friday their partnership for the 2023 Step Up 4 Health and Wellness Expo. The event, which will be held on Saturday, April 15, from 9 a.m. to 1 p.m., is moving this year to the college’s campus. READ MORE

From beekeeping, backyard chickens, healthy eating, and garden basics, NC Cooperative Extension – Bladen County Center has a variety of workshop opportunities coming up in 2023 as a part of the Better Bladen Series.

Workshops are at no cost to the participant and will be held at the Powell-Melvin Agriculture Center located at 450 Smith Circle in Elizabethtown. READ MORE

Bladen Board Of Elections Meeting Rescheduled To Feb. 21

The Bladen County Board of Elections scheduled meeting to be held Feb. 14 has been rescheduled to Feb. 21 at 5 p.m., according to Elections Director Chris Williams.

The public is invited to attend. The meeting will be held at the Board of Elections Office at 301 S. Cypress Street in Elizabethtown.

Like running or walking? Love wine? This race may be for you.

The Lu Mil Wine Run 5k is scheduled Saturday, April 8 at the vineyard located on the outskirts of Dublin. Proceeds will benefit the Dublin Peanut Festival. The event will start at 9 a.m. READ MORE

The Golden LEAF Colleges and Universities Scholarship application window is open for the 2023-2024 academic year. Applications are available at CFNC.org. A total of 215 awards will be offered to first-t05ime recipients from qualifying rural and economically distressed counties, which includes Bladen County. Applications are due March 1. READ MORE

The Carolina Civic Center in downtown Lumberton will hold auditions the weekend of Feb. 10-12 for its annual “My Time to Shine” Talent Competition and its June production of Disney’s Broadway hit “Beauty and the Beast.”