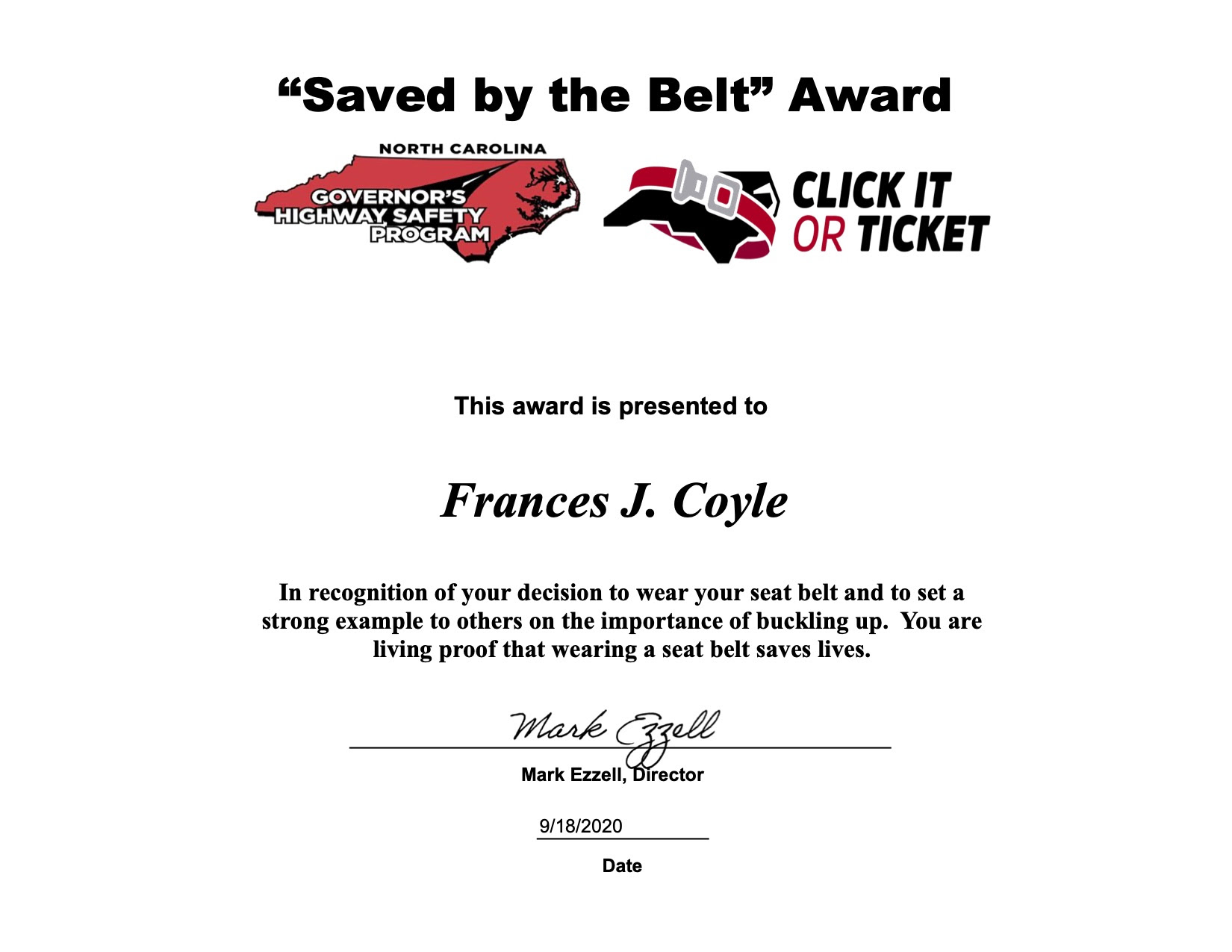 Driver Lauds Seat Belt Use for Saving Her Life

RALEIGH – While state officials are concerned that Mecklenburg County’s seat belt use rate dipped by almost 8% last year, the majority of the region’s residents are still buckling up.

Frances Coyle of nearby Kannapolis is one of them.

“I wear my seatbelt every day, and it doesn’t feel normal without it. Without a doubt, it saved my life the day of my accident,” Coyle finished.

“While this decline is very troubling, the fact remains that most drivers around the state are heeding warnings about being unbelted,” said Mark Ezzell, director of the NCGHSP.

NCGHSP presented Coyle the attached ‘Saved by the Belt’ certificate for her model actions behind the wheel. (ATTACHED)

Despite the fact that seat belts are the single best protection against injury in the event of a vehicle crash across our state, data shows that almost half the people killed in crashes aren’t wearing one. (source)

NCGHSP officials hope sharing this information ahead of the deadliest month (October) on our roadways, will help buck the trend.

“The best way to convince others to wear a seat belt is to hear from their friends, neighbors and loved ones about how the simple act of wearing a seat belt made a difference,” said Ezzell.

NCGHSP wants to hear from drivers and passengers who decided to buckle up and prevented serious injury or death in a vehicle crash.

If the seat belt has saved your life post your story on Facebook with a picture and tag @NCGHSP for recognition.