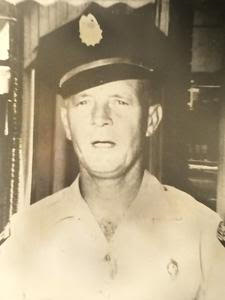 On this day in the 1972 the Town of Elizabethtown lost a beloved police chief. The Elizabethtown Police Chief, Marvin James Bell, was killed in the line of duty on September 30, 1972. According to Officer Down Memorial’s website, Chief Bell was shot and killed while responding to a disturbance call. He was familiar with the suspect and had arrested him several times before. As he approached the man the suspect drew a weapon and opened fire, mortally wounding Chief Bell. Chief Bell was able to return fire and kill the suspect.

Chief Bell was survived by his wife and two children. A resolution was made by the North Carolina Department of Transportation in 2001 naming N.C. 87 Business in Elizabethtown the Jimmy Bell Memorial Highway in honor or Chief Bell’s dedicated service. 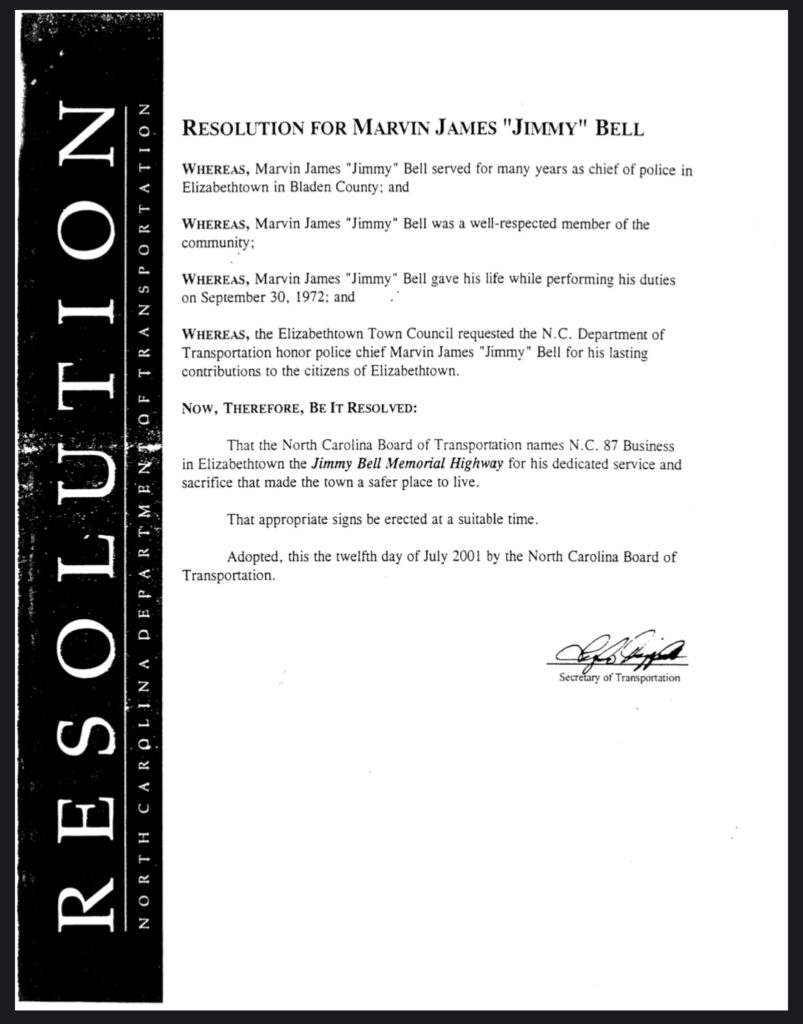 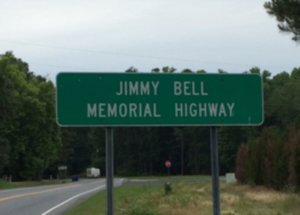