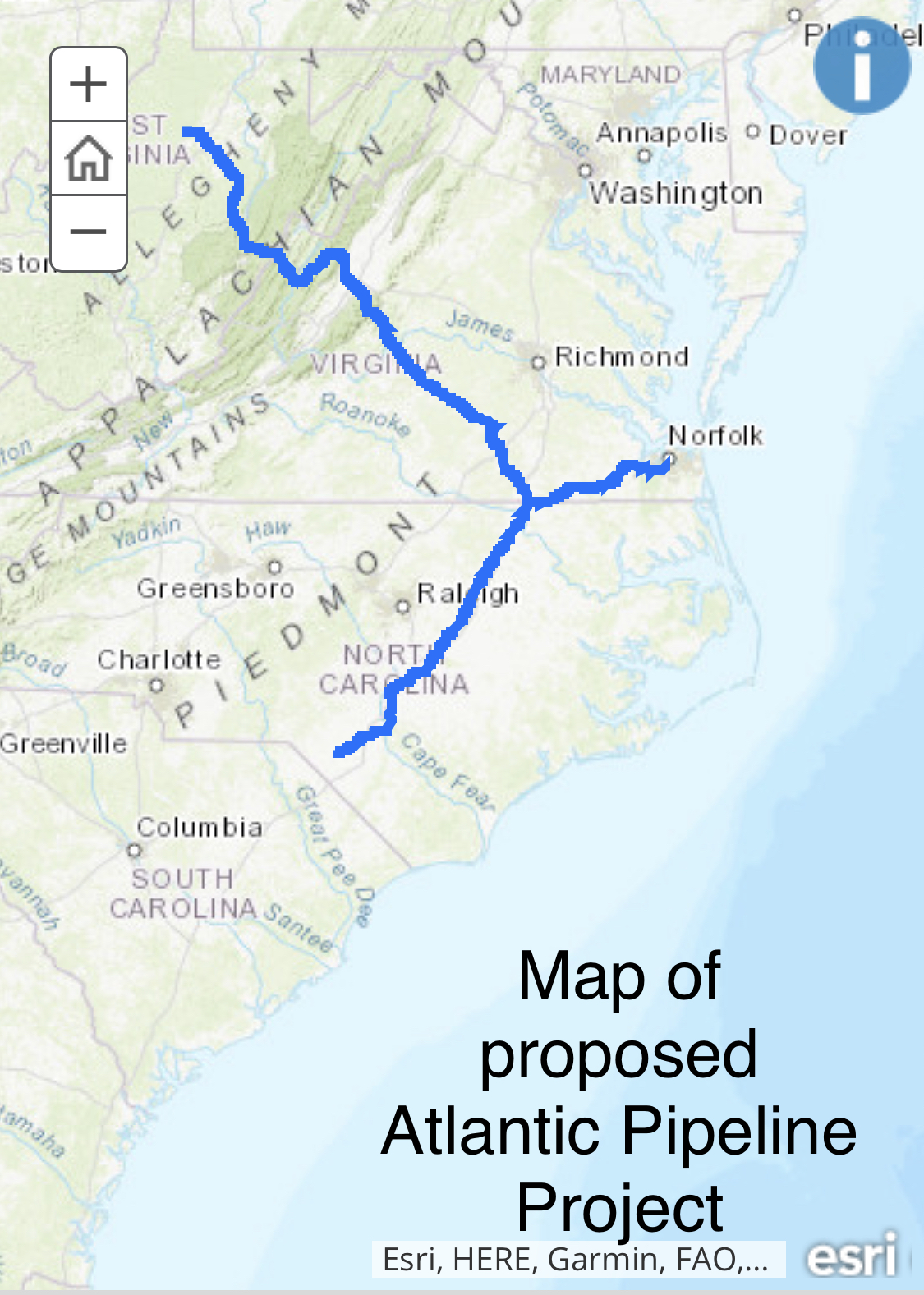 The Dominion Energy and Duke Energy 600-mile (965-kilometer) project designed to cross West Virginia and Virginia into North Carolina, known as the Atlantic Coast Pipeline, has been canceled.

On the project’s website it states, “Public utilities in Virginia and North Carolina need new, lower-cost supplies of natural gas to generate cleaner electricity, heat the homes of a growing population and power new industry. The ACP will meet this need.”

However in a news release yesterday the companies stated, “recent developments have created an unacceptable layer of uncertainty and anticipated delays”.

The companies said a recent pair of court rulings that have thrown into question a permitting program used around the nation to approve oil and gas pipelines and other utility work through wetlands and streams presented “new and serious challenges.”

“This new information and litigation risk, among other continuing execution risks, make the project too uncertain to justify investing more shareholder capital,” the news release said.

According to Pipeline and Gas Journal, the massive infrastructure project, announced with much fanfare in 2014, had drawn fierce opposition from many landowners, activists and environmental advocates, who said it would damage pristine landscapes and harm wildlife. Getting the project built would have involved tree removal and blasting and leveling some ridgetops as the pipe, 42 inches (1 meter) in diameter for much of its path, crossed mountains, hundreds of water bodies and other sensitive terrain and burrowed underneath the Appalachian Trail.

The journal added, Opponents also questioned whether there was sufficient need for the gas it would carry and said it would further encourage the use of a fossil fuel at a time when climate change makes a shift to renewable energy imperative. Legal challenges brought by environmental groups prompted the dismissal or suspension of numerous permits and led to an extended delay in construction. The project was years behind schedule and the anticipated cost had ballooned from the original estimate of $4.5 billion to $5 billion.

“This decision and the changing energy landscape should lead to cleaner and more reliable energy generation in North Carolina. Our Clean Energy Plan provides an excellent framework and stakeholder process for renewable energy moving forward.”

Tom Cormons, Appalachian Voices Executive Director made the following statement after the announcement.

“The Atlantic Coast Pipeline was never needed, and the facts have never been more clear: fracked gas has no role in our energy future. From Robeson County, N.C., to Harrison County W.Va., in statehouses and courthouses, communities have stood shoulder to shoulder to protect their land, their water and their communities. Today’s announcement marks a historic victory for environmental justice.”

He added, “We are hopeful that this momentous victory is merely a tipping point as our society pivots towards a clean energy economy that works for all people.”

Dominion CEO Tom Farrell and Duke CEO Lynn Good said in a joint statement, “We regret that we will be unable to complete the Atlantic Coast Pipeline.”

“For almost six years we have worked diligently and invested billions of dollars to complete the project and deliver the much-needed infrastructure to our customers and communities.”

“The cancellation of the Atlantic Coast Pipeline sets America back by denying working families and businesses access to affordable and cleaner U.S. natural gas and halting thousands of middle-class sustaining jobs.

“Like too many shovel-ready projects before it, the Atlantic Coast Pipeline faced legal and permitting challenges waged without merit by activists, and these challenges ultimately cost Americans along its route the environmental, employment, and economic benefits that modern pipeline projects bring.”