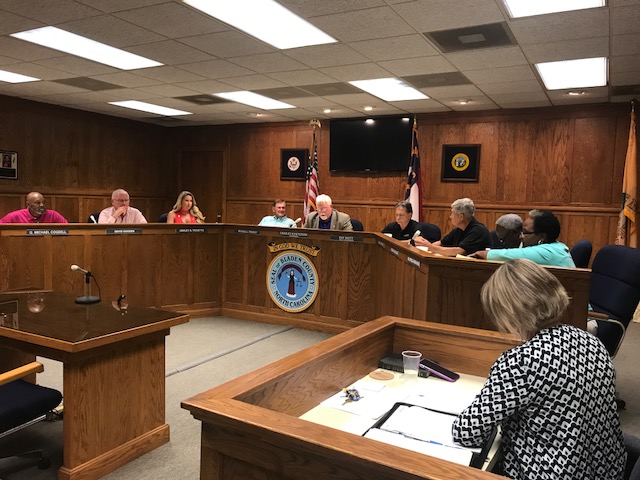 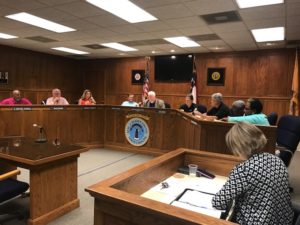 The Bladen County Board of Commissioners held special meetings in closed sessions this week. Thursday evening, August 31st, 2017 all nine of the board members came out of the back meeting room with a jaw dropping vote.

The reason for the vote was a looming lawsuit brought by Joseph Sledge Jr. for being “wrongfully convicted and sentenced to life imprisonment” for the murders of Josephine and Aileen Davis in Elizabethtown on September 6, 1976, according to the commissioners.

All the commissioners seemed to have been in a stressful situation as they approached their seats in the empty room of the lower level in the Bladen County courthouse. Bladen County’s Attorney, Leslie Johnson, County Manager, Greg Martin and Clerk to the Board of Commissioners, Maria Edwards were all in attendance during the meeting.

Protocol was met to bring the commissioners out of closed session. Commissioner Michael Cogdell spoke up, “I make a motion we award $4 million  to the settlement of the Sledge case.”

Commissioner Arthur Bullock gave the second. The vote carried on a seven to two (7-2) vote. Commissioners Charles Ray Peterson and Daniel Dowless were the two no votes for the motion.

Cogdell noted the initial projections for the county’s settlement was to pay Sledge $1 million for each year Sledge served in prison after the wrongful conviction. The original request sent to the local commissioners was for $12.5 million, according to the public records.

The county will pay $900,000 to Sledge and the insurance companies will pay the remaining settlement of $3.1 million if Sledge’s camp will agree to the settlement. Peterson asked Martin to make sure the check was written.

The settlement was encouraged by a seasoned insurance company representative, according to Commissioner Ray Britt. However, Peterson commented some legal representatives implied Bladen County should not be held liable for any damages in Sledge’s suit.

If the the settlement is accepted, the pay off will keep Bladen County from taking the lawsuit to court. A mass majority of the county’s attorney fees for the Sledge case were paid by the insurance companies, according to Martin.

Sledge has more pending lawsuits against other individuals and agencies according to officals.