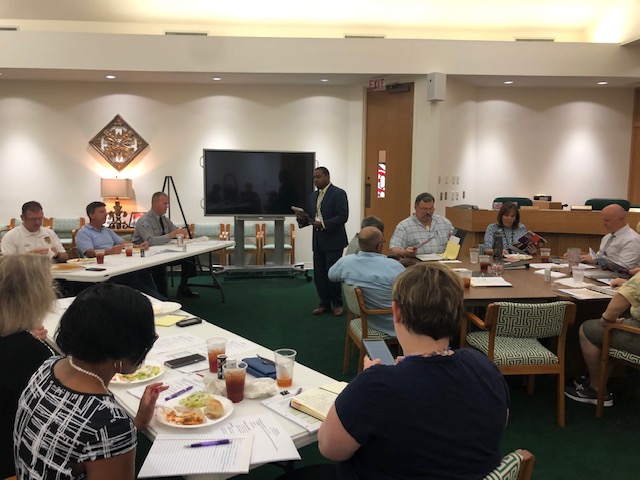 The Bladen County 2020 Census Complete Count Committee met Thursday morning in the Bladen County Agricultural Center in Elizabethtown. Mr. Greg Elkins with the County of Bladen is leading the charge.

“This committee is being formed to bring awareness to the importance of an accurate count in the upcoming 2020 Census.    Bladen County and its citizens may lose approximately $1650 in federal funding for each person that is not counted.  This count stands for 10 years so that one person can potentially result in a loss of $16,500 in funding for much needed services in this County over the next decade,” stated Jan Hester Maynor, Special Projects Planner with the Lumber River Council of Governments. “Bladen is identified as a hard to count county by the Census Bureau.”

Every 10 years, the federal government conducts a population count of everyone in the United States. Data from the census provide the basis for distributing more than $675 billion in federal funds annually to communities across the country to support vital programs—impacting housing, education, transportation, employment, health care, and public policy. They also are used to redraw the boundaries of congressional and state legislative districts and accurately determine the number of congressional seats each state has in the U.S. House of Representatives, according to a Census fact sheet.

Demorrio Thomas with the United States Census Bureau is also helping education and encourage citizens in Bladen County about the 2020 Census.

The Census is about two things, money and power, Thomas explained.

“We want to make sure the money is filtered down to the state,” Thomas stated. 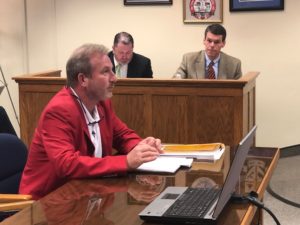 The primary goal of the 2020 Census is to count everyone once, only once, and in the right place, according to Census.gov. Elkins and other committee members have been out in local communities spreading the word about the significance of the Census.

The next census will take place in 2020. Beginning in mid-March. In 2020, for the first time ever, the U.S. Census Bureau will accept responses online, but you can still respond by phone or mail if you prefer. Responding should take less time than it takes to finish your morning coffee.

The post cards will only be mailed to physical addresses. If someone has a post office box or does not have internet access they are asked to be proactive and call in to take the census. Find out more at census.gov.

The Census Bureau will never ask for your Social Security numbers, bank or credit card account numbers, money or donations, or anything on behalf of a political party. Strict federal law protects your census responses.