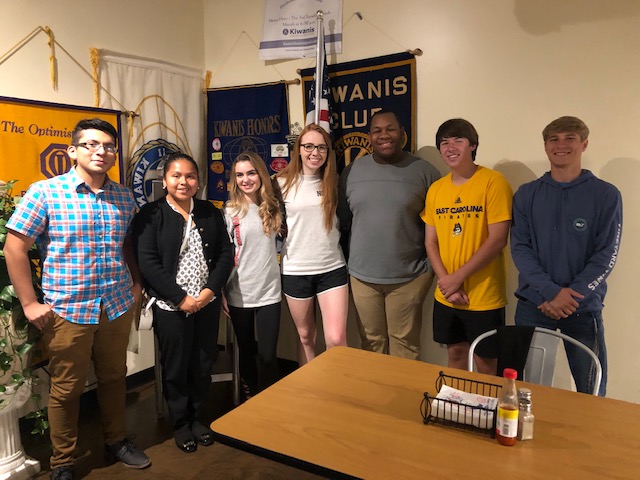 The Kiwanis Club of Elizabethtown, Bladen County, is having their annual can food drive for the month of October. Last year, our county suffered a great deal due to Hurricane Florence and the club decided to launch a challenge between East Bladen and West Bladen High Schools. The two schools far surpassed any expectations by collecting over 12,000 cans in less than a month.

Now that East and West Bladen have active Key Clubs, sponsored by the local Kiwanians, they have all agreed to the same can food challenge this year.

The challenge is the students at each school will encourage their high schools to collect can goods (can goods only) for delivery to local food pantries until November 5th.

Whichever school collects the most cans wins the contest. The Kiwanis Club members will present the winning school with a trophy during half time at the East Bladen verses West Bladen football game held this year at East Bladen on November the 8th.

Who will win this year? Which team will you support? Either way Bladen County wins! 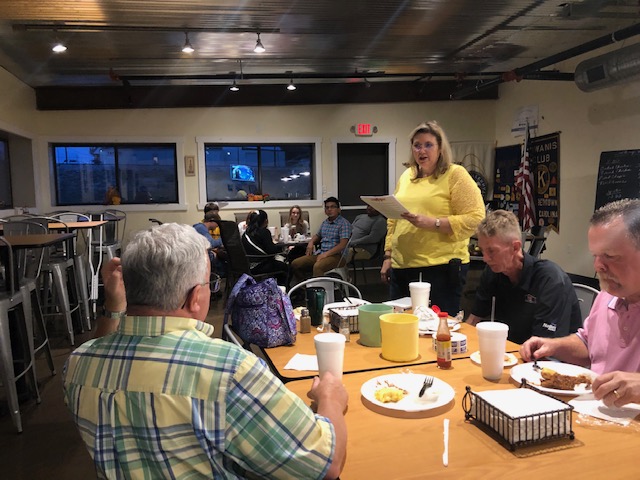 The Kiwanis Club also discussed their annual fruit cake fundraiser coming soon and their raffle ticket sale fundraiser currently taking place for a chance to win a free Snapper riding lawn mower donated by William Thompson, at Thompson’s Small engine repair. All members have an allotted amount of raffle tickets to sale for $5 per ticket between now and May. 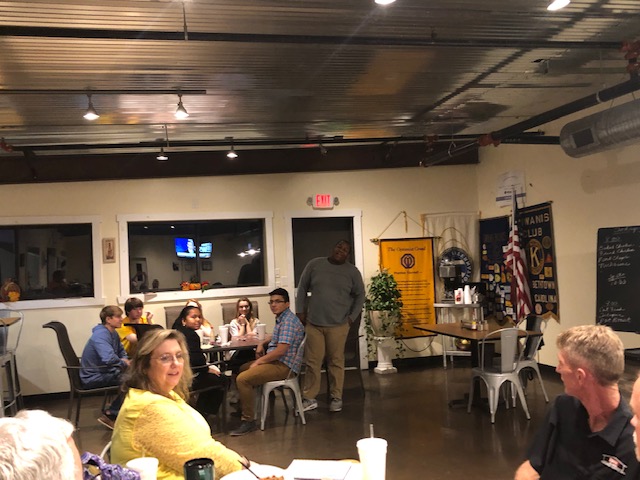 Before the Kiwanis adjourned East Bladen and West Bladen High School Key Clubs gave a report about their clubs. Key Club President, Khalil McKoy gave an update from the club at East Bladen High School. Khalil said last year the club helped repair homes damaged during the hurricane, helped with Relay For Life, and helped with the can food drive. This year the club has two big service projects in mind to help their school.

West Bladen Key Club Co-President, Janet Rivera announced the plans for the new Key Club formed this year. Janet explained the club had elected officers and plans to do a service project each month. The club is participating in the can food drive and has a challenge for their class mates.

President of the Kiwanis Club, Dr. Lisa Bryan encouraged everyone to invite community members to join the Kiwanis Club. The club meets the third Tuesday of each month at Cindy’s Restaurant in Elizabethtown. However, in November the club members will meet at the Farm-City Breakfast at the Ag extension and the club will meet the first Tuesday in December at Cindy’s for their annual Christmas Party with residents from the Boys & Girls Homes of Lake Waccamaw.