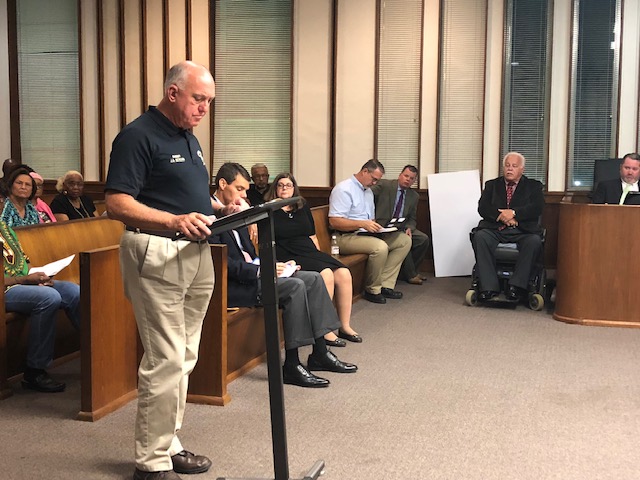 State Board continues investigation into 9th Congressional District irregularitiesRALEIGH, N.C. – The ongoing investigation into absentee voting irregularities and other alleged activities in the 9th Congressional District is the top priority at the State Board of Elections & Ethics Enforcement. The agency confirms that Leslie McCrae Dowless Jr. is a person of interest in connection with an alleged absentee ballot operation in the congressional district.

Four State Board investigators with law enforcement experience are working full-time on this matter. They are led by Chief Investigator Joan Fleming, who specialized in fraud investigations during her 26-year tenure as an FBI special agent. Numerous State Board employees are assisting from Raleigh.

The State Board has issued subpoenas for documents to Red Dome Group, the Mark Harris for Congress Committee and the James Atlas McVicker Committee. An evidentiary hearing will be scheduled as soon as possible, and State Board staff will send out a notice as soon as details are final.The State Board office continues to post documents related to the investigation at the public portal on a rolling basis when production is unlikely to interfere with the investigation.In 2016, this agency investigated absentee voting issues in Bladen County and held a public hearing on December 3 of that year. (Transcript here.)

At that hearing, the State Board (three Republicans and two Democrats) voted unanimously to forward all information about the Bladen County irregularities to federal and state prosecutors. Since then, State Board investigators have provided to prosecutors detailed reports documenting issues raised during the hearing and additional information obtained through investigations by this agency.In late October and early November of this year, after concerns surfaced about new, potentially criminal absentee ballot activities, the State Board mailed letters to about 2,000 voters in Bladen County who had requested absentee ballots for the general election. The letter informed voters that records showed they had requested an absentee ballot and explained their rights pertaining to the absentee voting process.

The letter informed voters that records showed they had requested an absentee ballot and explained their rights pertaining to the absentee voting process. The letter also provided a hotline phone number for voters to call if they did not request a ballot or if anyone tried to take or fill out a ballot for them.It was mailed as an attempt to deter perpetrators of any questionable absentee ballot activities going on in that county, as well as to encourage new sources to come forward in the investigation. The hotline received 10 calls in response to the mailing, and that evidence is being considered by investigators.Background: The State Board (four Democrats, four Republicans, one unaffiliated) voted 9-0 on November 27 and 7-2 on November 30 not to certify results in the 9th Congressional District as the investigation into absentee ballot irregularities continued, and to hold a public evidentiary hearing on or before December 21. (Meeting documents).