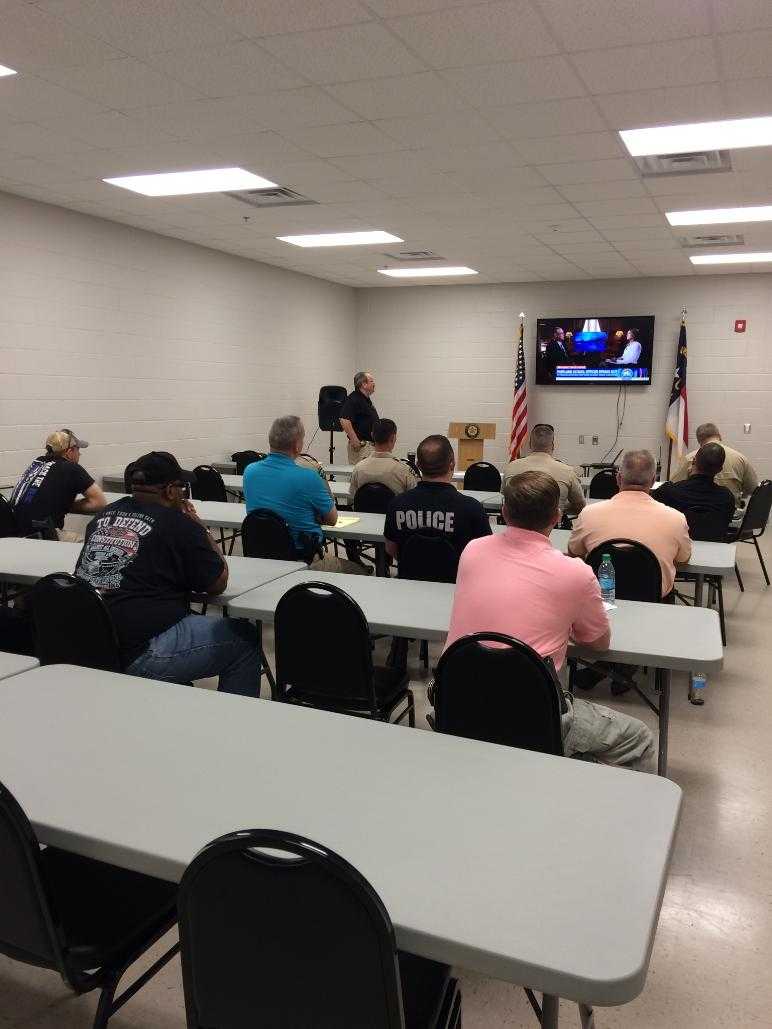 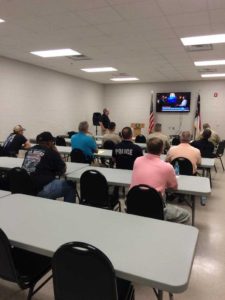 The Bladen County Sheriffs Office has been conducting training to enhance the safety of our school children, residents, and businesses on a repetitive basis since the Specialized Training Section was established in 2015.

On Thursday another initiative was launched to support those goals and objectives, according to Bladen County Sheriff’s Office Sgt. Gary Turlington.

“In preparation for the response to imminent and active threats, the Bladen County Sheriff’s Office began the next portion of training to respond to threats such as active shooters in our schools and other public facilities,” said Sgt. Turlington.

Sgt. Turlington said the current trends and updated response protocols were reviewed, as practical exercises will begin in a few weeks throughout the county and region. 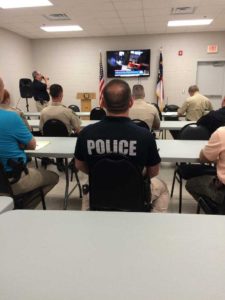 “This is an effort to remain up to date in our response protocols and to lead from the front preparing for something that we hope would never happen. You remember the old parable about an ounce of prevention,” said Sgt. Turlington.

Sgt. Turlington emphasized it is critical that the Bladen County Sheriff’s Office reinforce the excellent working relationships they have among all of the regional law enforcement and first responder personnel.

“The more prepared we are for crisis events, the more efficient we can serve the public and enhance the margins of safety among our citizenry,” said Sgt. Turlington.

In the upcoming weeks, this training will be extended into all First Responder entities such and Fire, Rescue, and Emergency Medical Services of Bladen County in an Integrated Response to Crisis Events Protocol based on the Rescue Task Force concepts for emergency response, according to Sgt. Turlington.