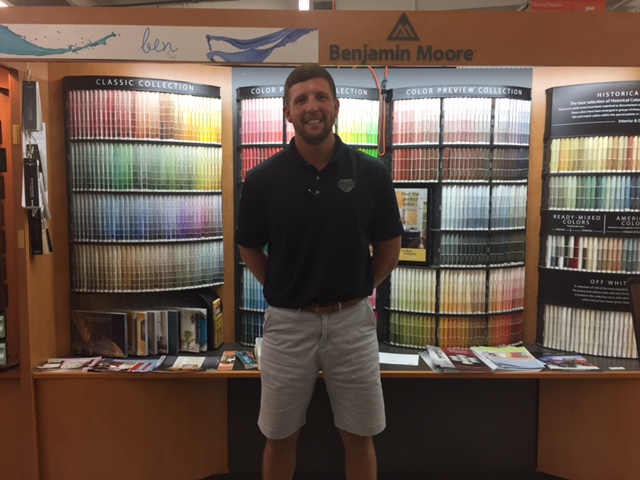 One young Bladen County resident said after having lived away from the area for a while, he appreciates life in Elizabethtown. He also enjoys being able to serve his country through his involvement with the North Carolina National Guard.

Lane Greene first attended Coastal Carolina University in Conway, South Carolina, then attended the Citadel. While attending the Citadel, he tried to become commissioned as an officer, but was unsuccessful. He graduated the Citadel in 2015 with a degree in Criminal Justice and Homeland Security. Greene said he then returned home to Bladen County for about one year then he decided to join the North Carolina National Guard.

Greene said when he signed up for the National Guard he spent 5 1/2 months at Fort Benning, Georgia, training as an infantryman. He explained as a member of the National Guard, the Governor can deploy his unit at any time, including hurricanes and natural disasters. “Often, we deploy with the normal Army,” said Greene.

Greene said while he was attending college, he wasn’t sure the family business was right for him. “As far as a real business, my heart wasn’t completely set on it,” he said. He said as he thought about various career opportunities, nothing really felt like the right fit. “I got serious about it in February 2017,” said Greene.

He returned home to Bladen County in February but Greene has not slowed down. “When I returned home, we had just started Greene’s Pond Cabins and it has grown,” said Greene.

He explained once he moved back to Bladen County, he felt he was more independent. Greene said after graduating from Waccamaw Academy in 2010, he worked in Myrtle Beach, South Carolina with a parasailing company and has also resided in Murrell’s Inlet and Charleston.

Currently, Greene’s Pond has a total of three cabins which can be rented and plans are under way for the construction of a fourth cabin. Greene said the cabins are booked every weekend. He said AirBNB is the main outlet for Greene’s Pond Cabins but social media has also been beneficial. He said they have had visitors from as far away as Germany and a large number of local residents who have stayed in the cabins.

Greene also assists with the operations of Bladen Builders Supply. He said he started working at the store when he was 13 years old. Greene said when he left for college, he wasn’t sure that was what he wanted for a career.

His top three goals are:

*To see Bladen Builders grow and start providing building materials to consumers on a multi-county basis.

*Excel in the National Guard.

When asked what he likes best about Bladen County, Greene said, “The community for sure.”

His advice to anyone who is thinking of returning to Bladen County to start their own business: “Make mistakes, take risks, and find some kind of support system to help you when you need it.”

He is engaged to Samantha Martin and they plan to marry in April.