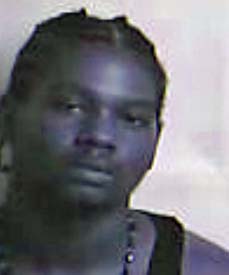 A stabbing during a domestic dispute in August has resulted in a Bladenboro man being sentenced up to eight years in prison.

Biney Graham III, 23, was sentenced to between 72 and 99 months in custody after entering guilty pleas to assault with a deadly weapon with intent to kill inflicting serious injury, second degree kidnapping and assault on a female Tuesday in Bladen County Superior Court in Elizabethtown.

According to the Bladen County District Attorney’s office and the Bladen County Sheriff’s Office, Graham went to a home in the 1100 block of Old Abbottsburg Road near Bladenboro about 6 a.m. on Aug. 23. He had previously been in a dating relationship with the woman who lived in the home.

When Graham arrived, he encountered a man leaving the residence. Graham confronted the man and stabbed the man in the chest, authorities said. The woman came out of the house and was punched in the face by Graham, who then dragged her by the hair toward the residence.

Both victims, who were not identified in the news release, were able to get away and went to a neighbor’s house to call 911.

The stabbing victim was flown by helicopter to New Hanover Regional Medical Center for treatment of his injuries. The woman had minor injuries and was treated at Bladen County Hospital.

Authorities said that Graham fled the scene in vehicle after the altercation, but turned himself in to law enforcement a few hours later.