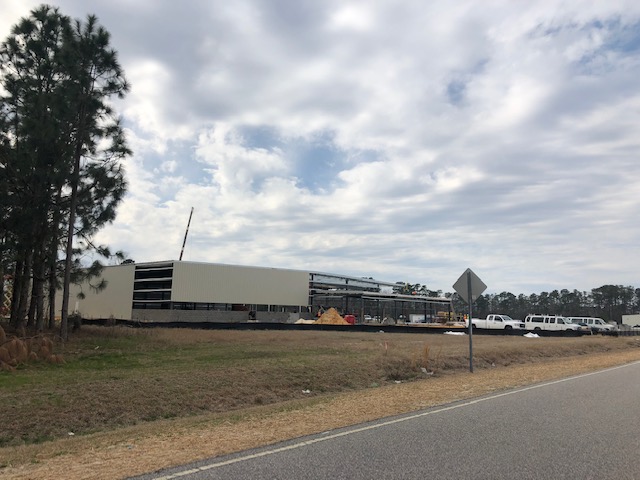 The project is being funded by the local non-profit according Heustess. The goal is to have the building leased out. Funding the construction at 1.3 million dollars makes it difficult to sell at a profit according to Heustess. “Instead we want to lease it to be more in control,” Heustess explained.

Heustess made two points about companies leasing instead of purchasing property. First he said companies can invest in equipment, labor and training instead of property when they lease instead of buy. Secondly, with the fast paced world we live in today technology changes quickly. A company may need to down-size or expand the space they do business in and leasing this property will allow them to do either one to fit their business needs.

The project is estimated to be completed in about three months with a total of 26,490 square feet. 24,000 will be manufacturing space while 2,490 square feet will make office space Heustess said. “We build it to draw traffic and it’s already doing its job. We have already had three companies showing interest in the building.”

The building is on a lot and made in such a way if a company needed to expand they could do so and not have to leave the location. Heustess added, “We are in the planning process of three additional spec buildings. We haven’t selected anything yet, but we are checking the viability of them. One project may be located close to the newest spec building.