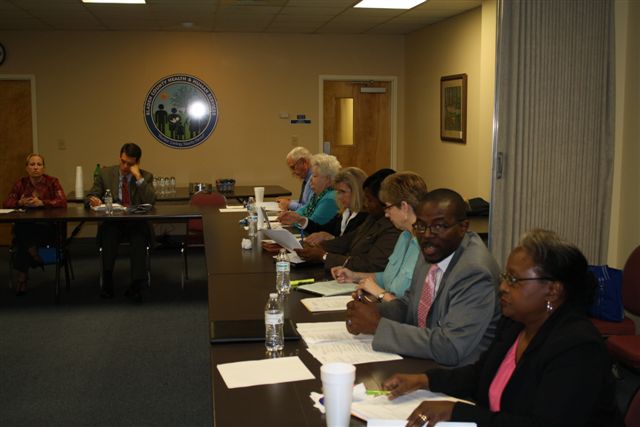 Board of Ed and Board of Commissioners discuss budget request 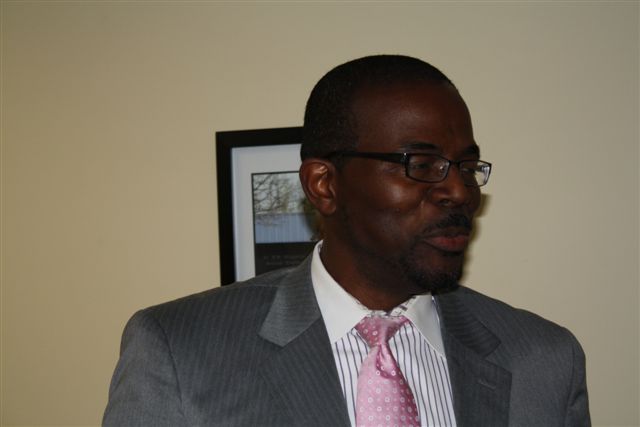 Bladen County Board of Ed 5

Bladen County Board of ed meeting 1 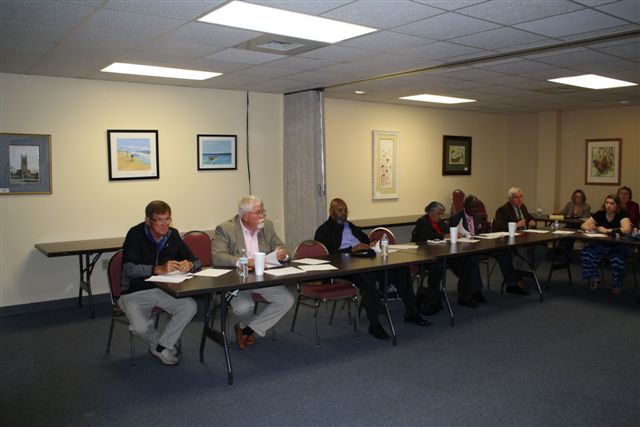 Bladen County Board of Ed Meeting 2 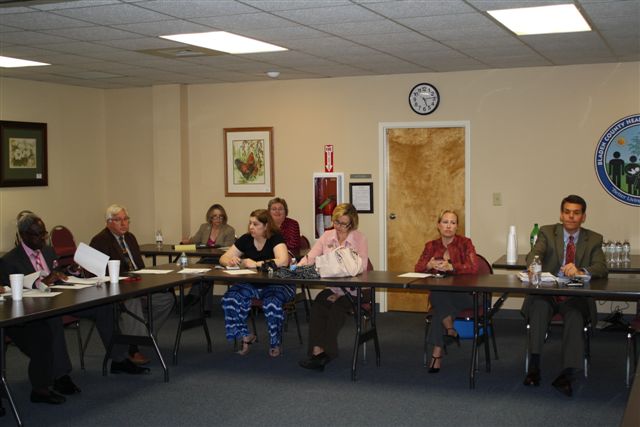 Bladen County Board of Ed 3 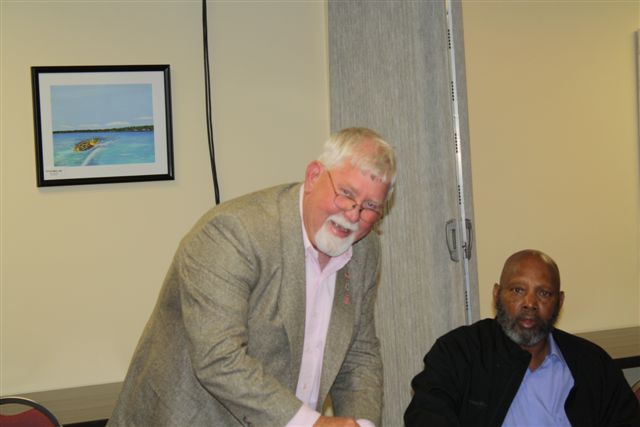 Bladen County Board of Ed 4
Bladen County Commissioners listened Wednesday afternoon to pleas from the Bladen County Board of Education for more money for the 2015-2016 FY budget for local schools.
Dr. Robert Taylor said the Board of Education would need an additional $846,903 over the current budget to maintain the same level of services as the current year. The current budget includes $6.4 million from the county, approximately $175,000 in fines and forfeitures and nearly $500,000 transferred from capital outlay to current operating expenses.
Dr. Taylor explained that the State of North Carolina mandates drivers education, yet cut all the funding for the program.  He made a passionate plea for $167,000 for lap top computers.  He explained that in FY 2017-18, local students will be required to do online testing by the state. He stressed there were tough decisions to be made.
Taylor reminded those in attendance that he would propose cut where he could cut, however some expenses could no be reduced, for instance, utilities.  He has merged some positions. and a worse case situation he could cut up to $641,000, but, that includes a cut in supplements for teachers and other staff.
Another area that the Board of Ed has no control over is funds for students that attend charter schools.  Funding must follow the students and in the coming fiscal year, the Paul R. Brown Academy is expected to add another grade that may cause the loss of another approximately 25 students.
There are currently about 4700 students in the county system, down from about 5300, 6 years ago.  Another 1600 go to charter, private or are home schooled.  Taylor said they could account for about 800.
The conversation turned to consolidation of schools.  Commission Chair Charles Ray Peterson said something had to be done, the system “needs to stop the bleeding.”
Taylor said the county has 13 schools and needed about 7, but a turn around would take time.  He spoke of a long term plan. Peterson said his long term plan must be a short term plan. Taylor said they could not make big changes in a short time period.
After a discussion related to possible mergers, including moving students, Taylor said the board had taken a look at and discussed several possibilities.
He then proposed a long range plan that he said would save money for the county.  Included was a proposal for a single high school, use the current high schools as middle schools, use Elizabethtown Primary, Dublin Primary, Bladenboro and Bladen Lakes as primary schools.  It would reduce the number of schools from 13 to 7 or 8 and require extensive busing.
In a light hearted moment, Dr. Taylor said the two biggest problems with one high school would be, “where would it be located and who would be the football coach.”
That idea was “kicked around” for a short time, but no serious talk.  Taylor reminded everyone that school bonds would be paid off for the two high schools in the next few years and that money could be used for additional schools.
In the meantime, members of the Board of Education and their staff made their needs known and for the most part, commissioners listened.  Drastic changes are not likely for the coming year, based on the discussion at the meeting.
Dr. Delilah Blanks said everyone wanted a school in their backyard, but she would rather have good teachers, even if it required more travel.  She also voiced her concern about the possibility of cutting staff supplements.
Dr. Taylor and the Board of Education made their wishes known, the Board of Commissioners will begin budget discussion very soon..
Budgets must be approved by July 1, 2015.