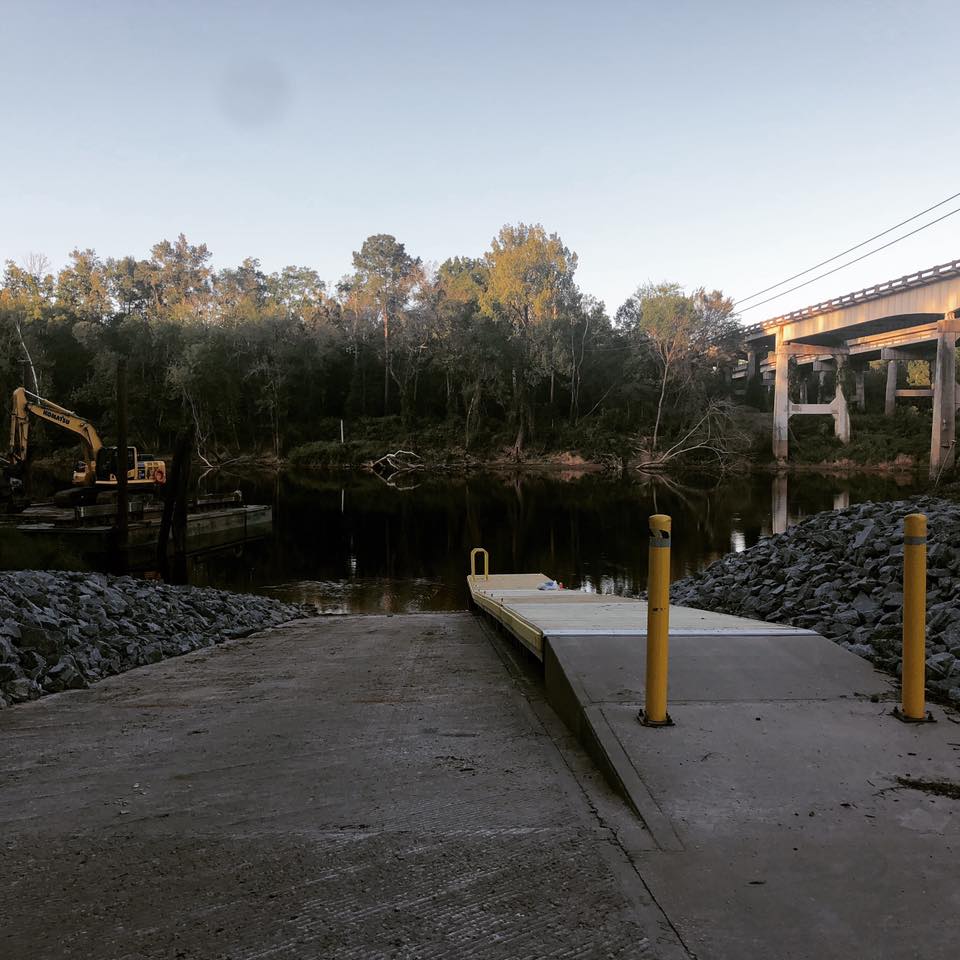 Almost a year to the day of Tory Hole Park closing due to Hurricane Florence the boat ramp reopened. Town of Elizabethtown Manager, Eddie Madden announced the access being back in operation yesterday, September 19.

North Carolina Department of Transportation worked on removing the log jam, but had issues with rising water levels keeping the project on schedule. NCDOT District Engineer, Kenneth Clark, PE confirmed in May of this year the Highway 701 bridge did receive inspection approval. The bridges were reopened for traffic in May, but the boat ramp remained closed.

Today, the park, bridges and boat ramps are all open for public use. Mr. Madden and the Town staff members still have ongoing projects.

Many citizens are asking when Lock and Dam No. 2 in Elizabethtown will be open. The U.S. Army Corps of Engineers Wilmington District closed the recreational area at Lock and Dam No. 2 on the Cape Fear River located in Elizabethtown. The primary reason for the closure was for construction of repairs downstream of the dam. Turbulence resulting from water flowing over the dam scoured out a deep hole in the river bottom downstream from the dam, according to officials.

In March of this year the construction was estimated to be completed by September 2019. However high river levels and frequent flooding from September 2018 to date have impacted the expected schedule of completion. Mr. Madden announced in May the repairs should be completed by October 2019 during two recent presentations he gave about the Lock and Dam No. 2.

Next week Mr. Madden has a meeting scheduled with the U.S. Army Corps representatives. We will publish more information as soon as it becomes available.