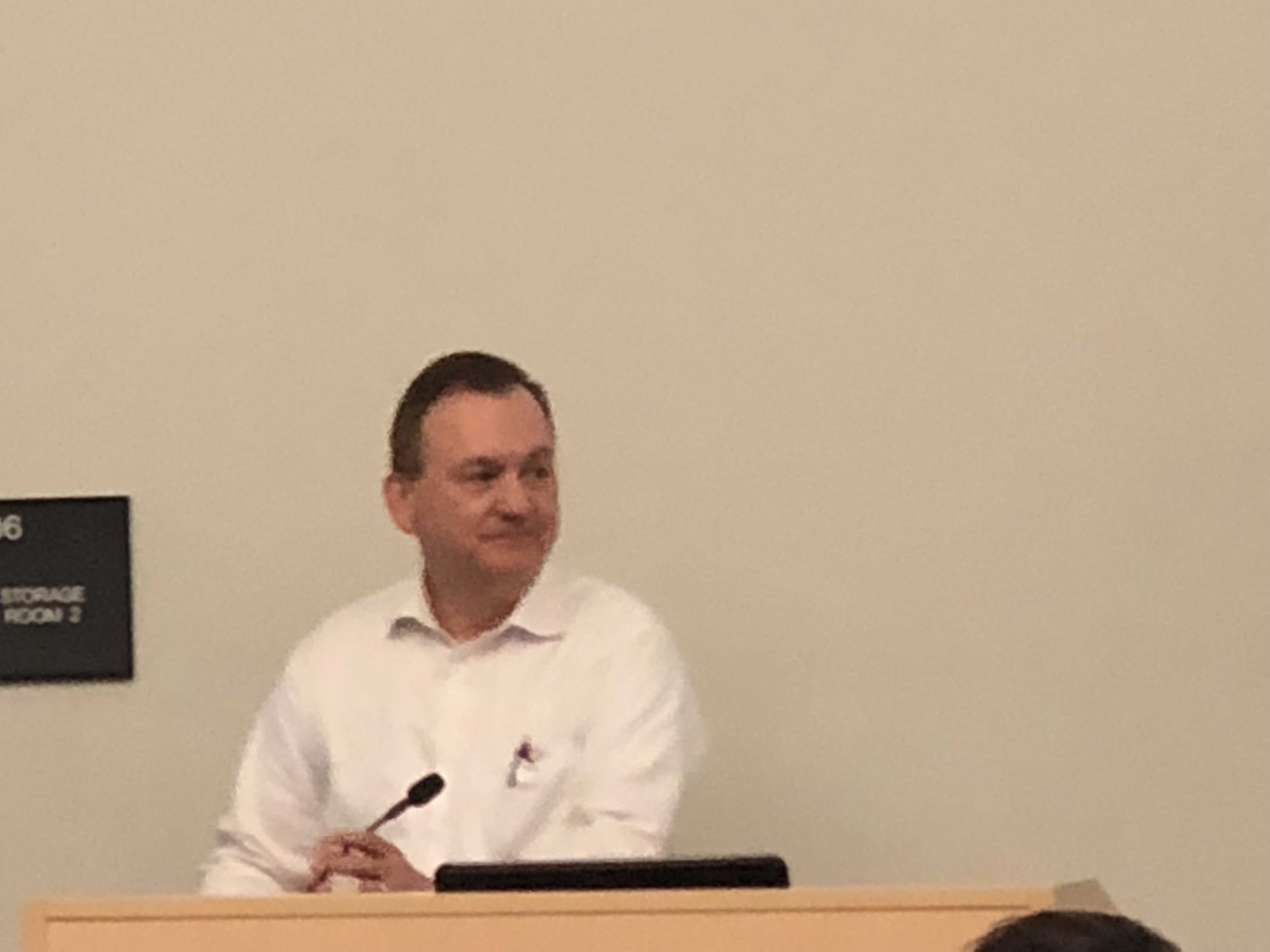 The Brunswick County Opioid Task Force met on Tuesday afternoon at the St. James Community Center in St. James and learned more about North Carolina’s response to the Opioid Epidemic.

Allen Dellapenna with the Injury and Violence Prevention Branch of the NC Division of Public Health addressed the group and told them that through the year 2016, Brunswick County had the third highest opioid death rate in the state. Brunswick County Sheriff Ingram asked Dellapenna if there was any data for the county death rates in 2017, to which Dellapenna replied all 2017 data is still being reviewed and calculated.

Dellapenna said, “Folks working on this issue realize there isn’t one answer that is going to solve this problem. This is kind of a broad based issue.”

Dellapenna said state officials are still working to add more strategies and tools to be used at the local level to combat opioid misuse.

“This is not the first opioid epidemic this country has faced. Unfortunately since the Civil War about every 20 or 30 years we have another wave of opioids. This happens to be the largest one we have experienced,” said Dellapenna.

He said the difference with this opioid epidemic, is that at one time in the United States it was a criminal  act to treat pain with opioids. It had been a highly controlled chemical at one time and used for therapeutic treatments.

“I think what we are discovering is, opioids are a really poor choice to treat acute pain,” said Dellapenna.

He told those gathered that in 2010, poisoning overtook motor vehicles as the leading cause of injury deaths in North Carolina. In 1989, pain was added as part of the patient assessment process, according to Dellapenna.

“By the time a senior in North Carolina reaches graduation, 20 percent of seniors in high schools have used an opioid recreationally,” said Dellapenna.

He said the key is the availability of the opioid prescriptions. Dellapenna said teens know where to go to get the alcohol, they know where a parent keeps their firearms, and they know what is in the medicine cabinet.

Dellapenna another variable is that street drugs such as heroin have unknown amounts of opioids in them. He said those street drugs may also have other things in them such as fentanyl.

He also said North Carolina officials are working to make the state’s Controlled Substance Reporting System interstate operable, allowing pharmacists to see if a patient has prescriptions which have been filled outside of North Carolina.

He also shared there is a grant opportunity for a county to receive up to $150,000 in grant funds to start a program such as a syringe exchange or to support peer-to-peer programs. The application program is May 4th.

Members of the Brunswick County also updated the group on sub-committee activities.

*Friar Eberle shared that churches in Brunswick County recently celebrated an Opioid Awareness Sunday in their churches. Materials and a sample sermon can be found on the website of the Brunswick County Sheriff’s Office.  He also shared that there was a Clergy Opioid Summit held to educate members  fo the clergy on opioid misuse and the resources available to help congregants who are suffering from addiction.

*Kay Gomes gave an update on The Pines. She said they will be offering outpatient detox to individuals and assisting individuals who are in withdrawal.

*Rocky Atkinson told the group that Sam Quinones, who authored the book Dream Land, which discusses the opioid epidemic on a national level, will be in Brunswick County on August 23rd at the Odell Williamson Auditorium. A time will be announced later.

*Sheriff John Ingram closed the session. He encouraged everyone to pay attention to who is taking action regarding the epidemic. “There is no room for politics,” said Sheriff Ingram.