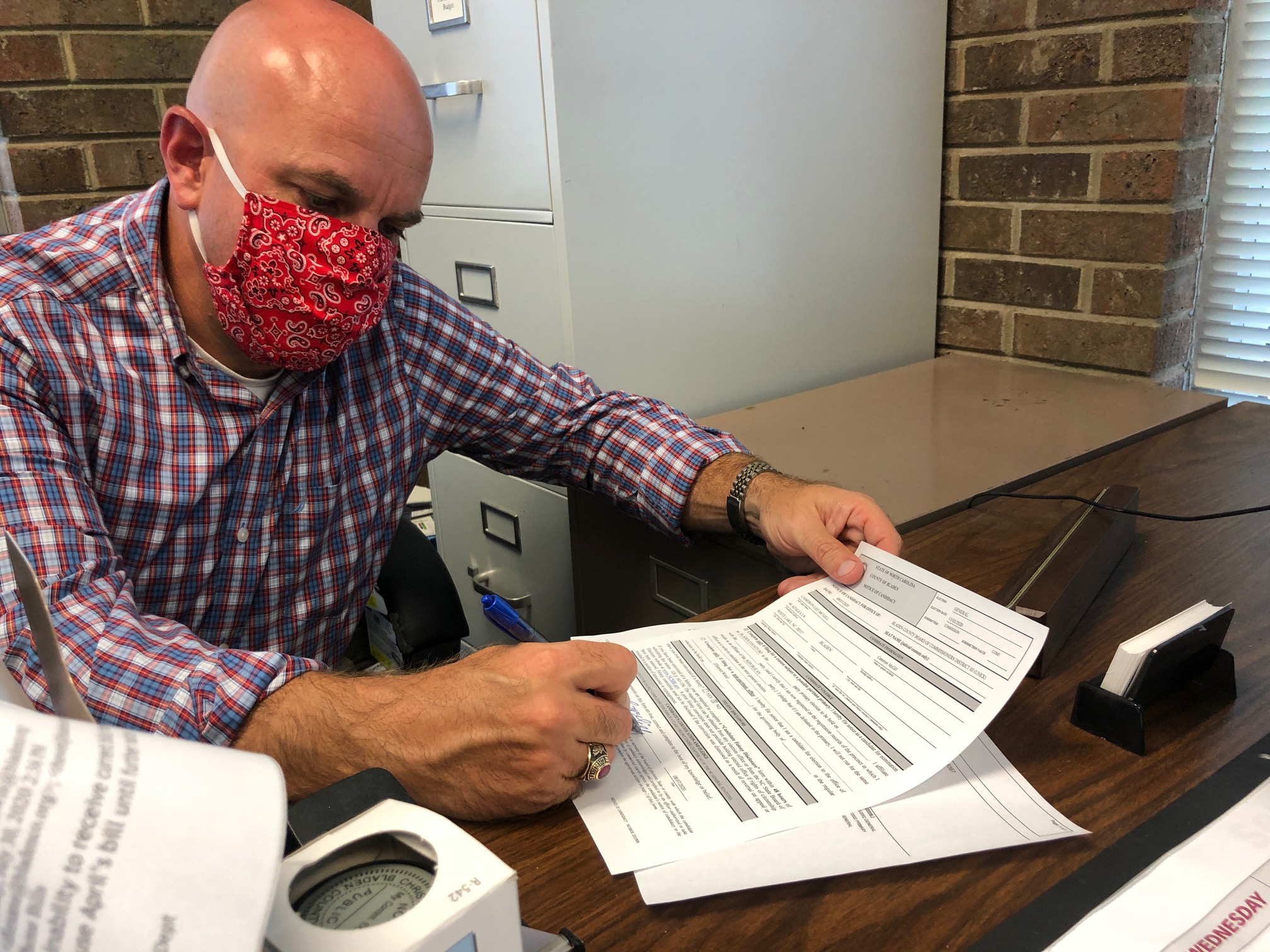 Candidates file at Bladen County Board of Elections

According to Chris Williams, Director of the Bladen County Board of Elections, there was one filing today for the unexpired term of Mr. Russell Priest. He stated in an email; the Republican Party nominated Mr. Cameron Lee McGill (R) who lives in District 3 as required to be put on the ballot. Williams explained, the filing fee is not required, but McGill is subject to campaign financing. 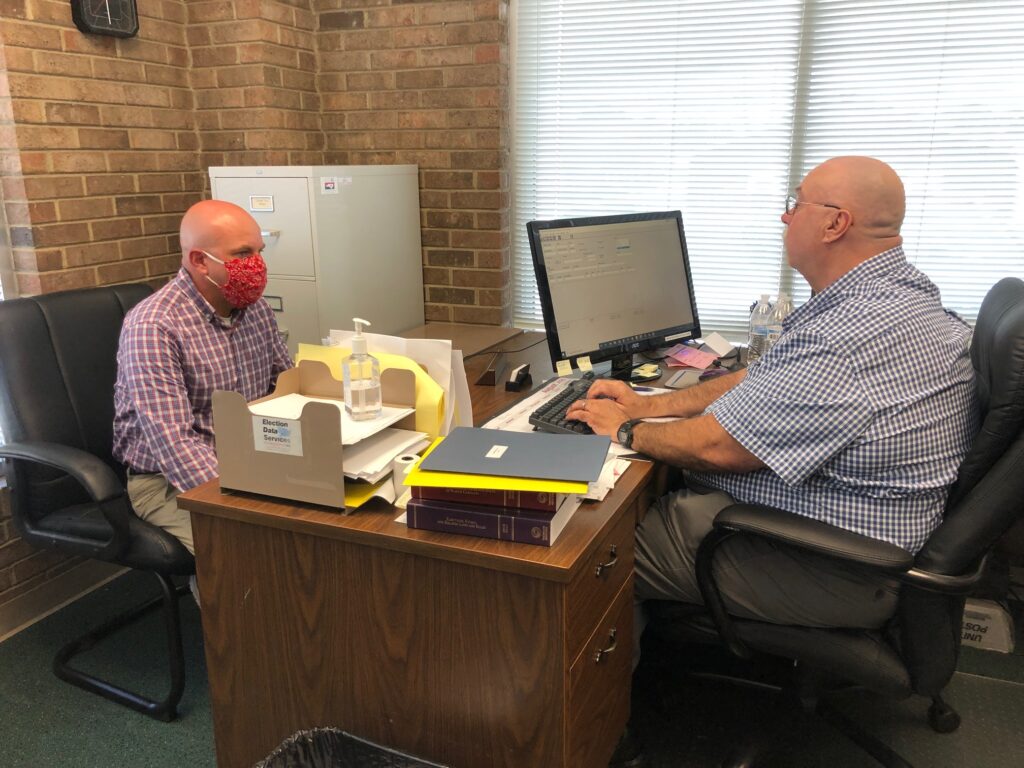 Williams explained due to Preist’s unexpired term, both the Bladen County Democrat and Republican Party would need to nominate a candidate for District 3 within the next two or three weeks for the candidates to be added on the General Election ballot. The Democratic party would also need to nominate someone to serve in the District 3 seat until after the election.

McGill stated, “I’m not a politician. I do want to be a public servant. I’m not running against anybody or anything but running for what is right and what is best for Bladen County citizens.”

Current Bladen County Commissioners Michael G. Cogdell and Charles Ray Peterson were on site at the elections office when McGill filed for the District 3 seat. 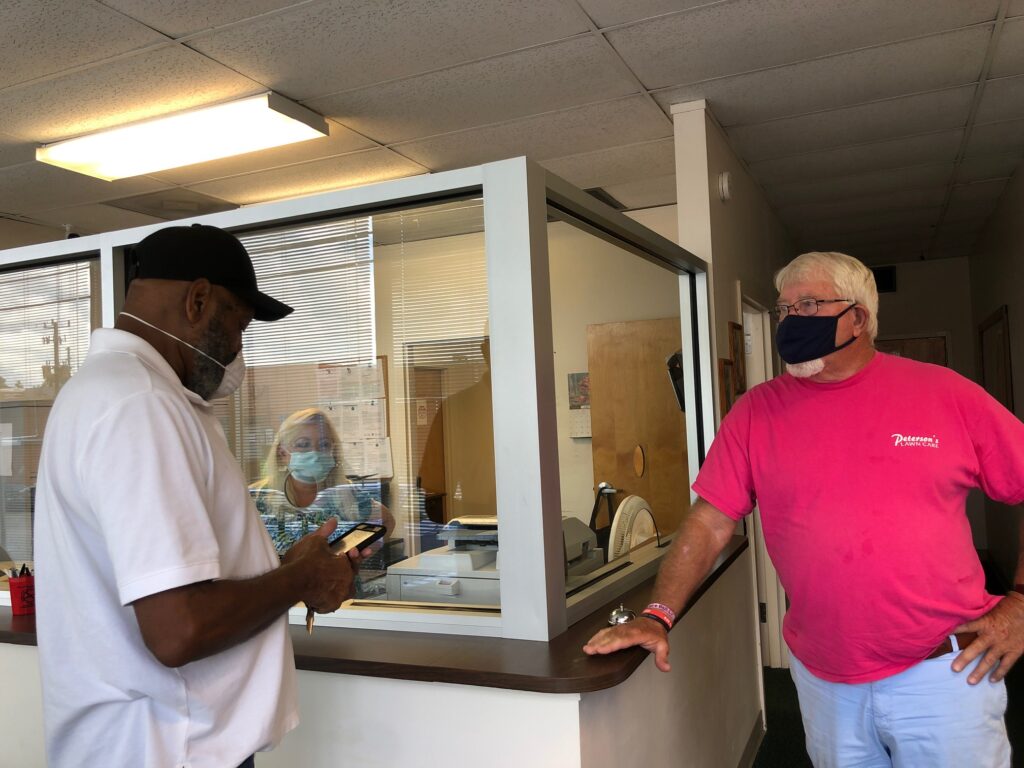 Peterson said, “I think the board has up to 60 days to appoint someone to fill Priest’s seat.”

Cogdell said he thinks the Democratic Party will bring a recommendation to the Board of Elections and the board of commissioners for the District 3 seat by Tuesday at 5 p.m.

Cogdell said he did not know who would be nominated by the Bladen County Democratic party, but “some names have been tossed around, and we have talked with Mrs. Doll.”

McGill and Cogdell both said they had spoken with Priest’s widow, Mrs. Doll Priest, before coming to the Board of Elections office.

In addition to the County Commissioners District 3 seat filing, another candidate has been added to the election ballot for District 2.

In an email, Williams noted, “Mr. Nickson Stephen Nance from Bladenboro has gotten the required signatures to be put on the ballot and will be certified at the next meeting when the (Bladen County Board of Elections) chairperson signs the form. He does not file as other candidates, but a line will be added in the seat for County Commissioner District 2 for his name to be written-in. Thus he is considered a qualified write-in.”