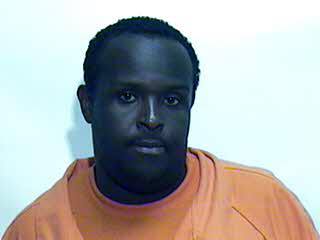 On Monday, February 4, 2019, minutes before 3:00 pm, a Columbus County Sheriff’s Office (CCSO) Deputy was on routine patrol in the Green Acres community of Tabor City, when he observed a vehicle parked near the wood line.

During the struggle, Graham struck the deputy numerous times in the face and head area. Graham also attempted to get the deputy’s firearm, while verbally threatening to kill him. The deputy was able to gain control of Graham and handcuff him. The CCSO Deputy was treated at Columbus Regional Hospital for his injuries and released.

“I would like to commend this deputy for his actions. He was able to maintain composure and control while his life was in danger. Because of his quick thinking, calm composure, and the utilization of his defensive tactics training, he was able to go home to his family last night. I am proud of my deputies. I am certain that I have the best in the state,” said Columbus County Sheriff Jody Green.

Arrested was Alton Maurice Graham, 36, of  404 Graham Lane, Tabor City, was arrested and charged with the following: