This week, the world saw yet another horrifying terrorist attack in Istanbul. Our thoughts and prayers go out to all those affected.

While we don’t know the full circumstances of those behind this attack, one thing is clear: between Brussels, Paris, San Bernardino, and Orlando, we are seeing radical Islamic terrorism strike across the globe with disturbing frequency.

As a result of President Obama’s failed foreign policy, radical Islamic terrorist groups have been able to grow, multiply, and train jihadis at an alarming rate.

Make no mistake – the longer ISIS and similar groups remain on the battlefield, the more effective their propaganda and recruitment efforts will become. Their recruitment will continue leading toward a contagion of radical Islamic terrorist attacks around the world.  We cannot allow these efforts to continue, and we’ll need more than airstrikes and Special Forces directed ground efforts with our allies to make sure they do not.

As Chairman of the Congressional Task Force on Terrorism and Unconventional Warfare, I spent the past week in the Middle East furthering our relationships with allies and increasing collaborative efforts to cut off the funding sources radical Islamist extremists rely on to carry out their mission of death and destruction.

For example, during my meeting with Egyptian President El Sisi, I arranged for the U.S. Treasury Department to work with the Egyptian government to assess technological deficiencies in their financial system and provide support necessary for tracking terrorism financing. Such assistance is crucial in enabling Egypt to collaborate with the U.S. and our partners in tracking terrorist financing.

Earlier this month, I hosted a major international forum in Vienna on terrorism financing, Intelligence collaboration, and civil liberties protections.  More than 100 Members of Parliament from over 30 countries joined me to discuss joint efforts to defeat radical Islamist terrorism.

We identified specific opportunities to work together to intercept terrorism financing and enable critical data and Intelligence sharing.

This week I also introduced two bipartisan counter-terrorism financing bills as part of my work as Vice Chairman of the Financial Services Committee Task Force to Investigate Terrorism Financing.

The first bill, the Anti-Terrorism Information Sharing Is Strength Act, increases information sharing across federal law enforcement agencies to make it easier to identify terrorist financing activity and requires the Treasury Department to report to Congress the risks and benefits of sharing information with foreign financial institutions.

THE WEEK IN WASHINGTON

On Monday, the Supreme Court struck down two common sense safety regulations on abortion clinics. Kermit Gosnell was able to murder three infants who were born alive during attempted abortion procedures because of insufficient oversight. These laws were written to make sure such tragedies would not happen again, but due to the zealous commitment of radical pro-abortion activists, such protections for women and babies won’t be in place. What happened to the pro-abortion mantra of “safe, legal, and rare”? Seems like they’ve come to the more radical position of “whenever, wherever and by whomever.”

This week, the Select Committee on Benghazi released its final report on what took place the night of September 11, 2012 when our Embassy was under attack. Thank you to Chairman Gowdy and the Members of the Committee for their important work in preparing this final report. My hope is that we learn from the mistakes made in Benghazi to ensure all Americans abroad are protected.

Tags: COMBATTING TERRORISM AROUND THE WORLD 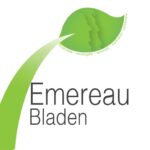