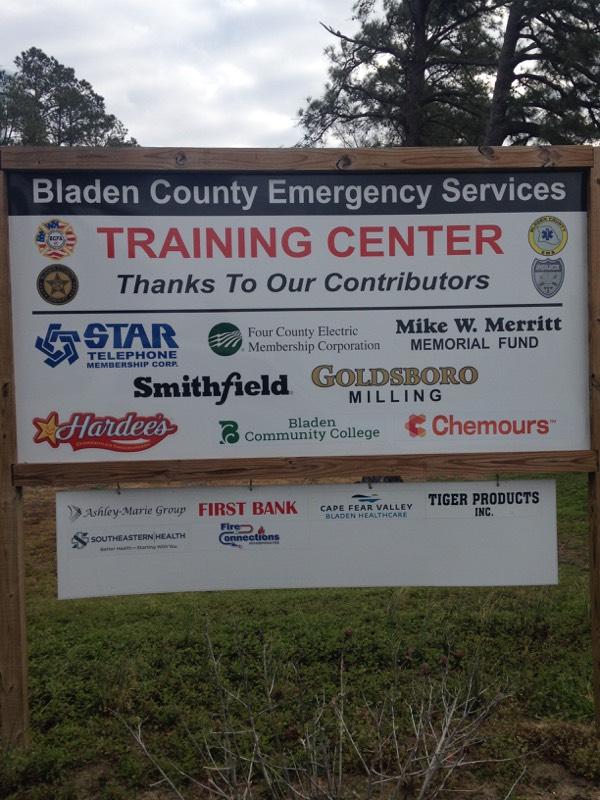 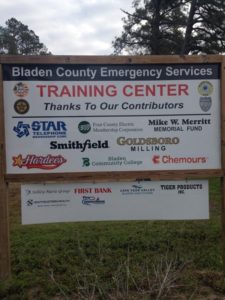 Bladen County learned on Tuesday they have received 109 acres of land from the State of North Carolina to construct a driver training facility at the Bladen County Training Facility. Governor Roy Cooper singed the measure late Monday, according to NC Rep. William Brisson.

“A lot of southeastern counties will benefit from it,” said Rep. Brisson.

The County will pay $1 to North Carolina for the land which is located between the Training Facility and the firing range. The land has been logged and cleared by State officials. This will make preparing the property for the driving facility easier.

Sgt. Gary Turlington, with the Bladen County Sheriff’s Office, said the next steps will require clearing the land of stumps and debris from logging, leveling the land and paving, to name a few things. Sgt. Turlington said the land being obtained is surrounded by bays to the north, the east and west.

Sgt. Turlington said there is a need for a driver training facility in the area. In 2016, the County conducted a driver training session at the Curtis Brown Jr. field in Elizabethtown. The taxiways at the airport were utilized for the session. Sgt. Turlington said while the airport is a good location, there are limitations on the types of courses that can be set up using the taxiway.

Last year, Haw Bluff Road in the Rowan community was utilized for a driver training session.

Sgt. Turlington said the goal is to construct a state-of-the-art driver training facility which can be utilized by local law enforcement, the fire service and EMS and industry.

“The only facility like it is at the Highway Patrol Academy in Raleigh,” said Sgt. Turlington.

Currently, the Bladen County Training Facility is utilized by the North Carolina Highway Patrol, the SBI, firefighters, rescue personnel, EMS, law enforcement and the marine corps for various types of training exercises. The property, which once was home to the White Lake Prison Camp, now offers classroom space, a firing range, a training tower for firefighters, and soon hopes to offer driver training.

Guyton said her office at BCC receives calls on a regular basis requesting a truck driver training class. Currently, Guyton said BCC has to send students to neighboring community colleges or the Road Master’s program. She said the Road Masters costs $4,000 per pupil.

“Nationwide, there is shortage of truck drivers,” said Guyton.

She said creating a truck driver training program locally will be beneficial to area industries.

The County is now assessing the costs to complete clearing the land and to construct the facility.