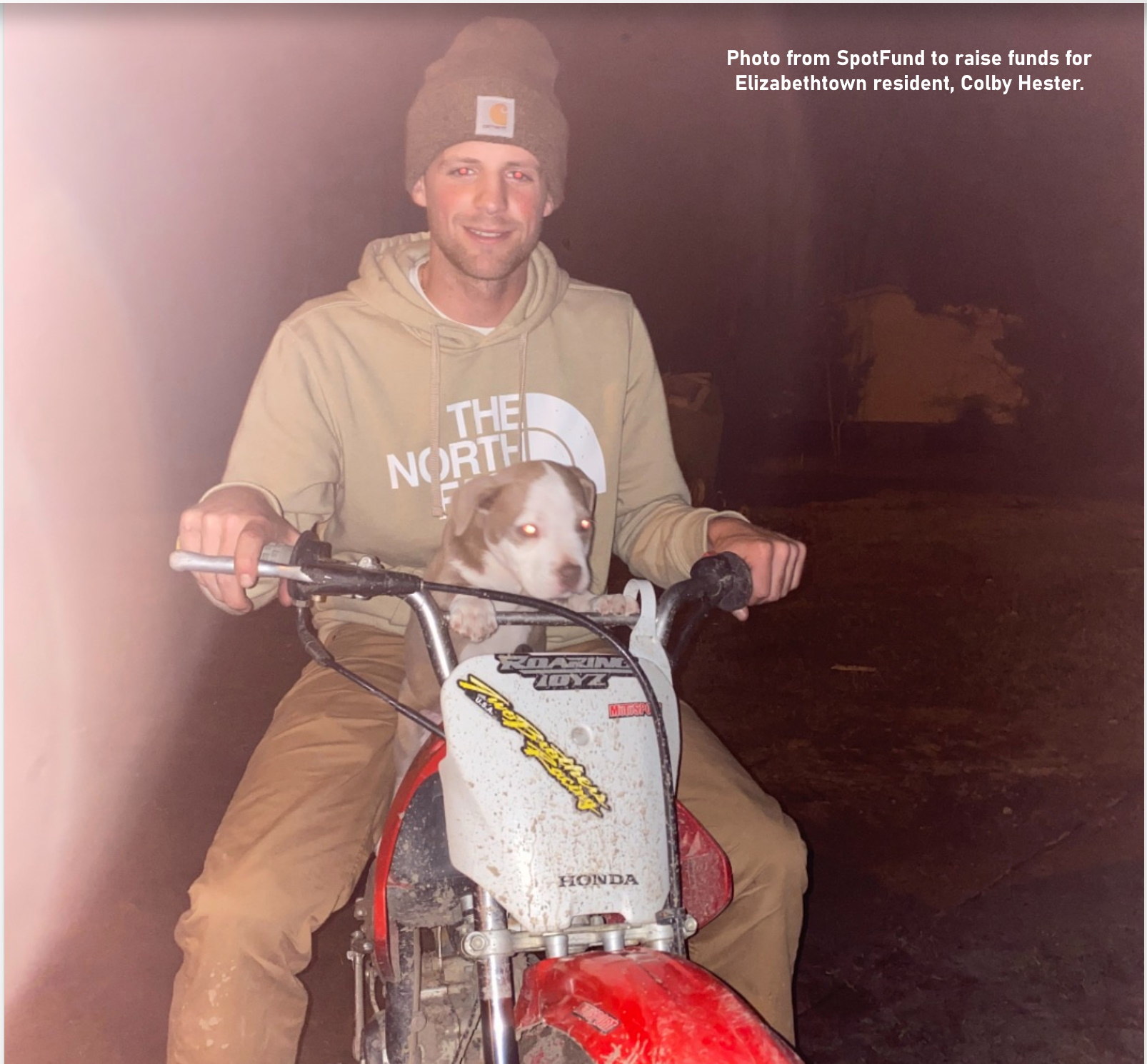 Photo above is of Colby Hester.

Brunswick County Sherriff’s Office released arrest warrants for James Dean Varner, a 31-year-old male of Parkway Blvd in Wilmington, N.C., for probable cause of unlawfully and willfully assaulting Colby Hester, a 23-year-old of Elizabethtown. According to witnesses at the scene, the driver of a white Toyota Tundra ran over Colby after pointing a gun (a small black semi-automatic handgun) at him.

Varner was placed on under $15,000 bond. He posted bail and was released from jail.

Another arrest was made in connection to the case. According to Brunswick County Sheriff’s Office, 69-year-old Roger Lee Marshall, was charged with assault with a deadly weapon inflicting serious injury. He was under a $10,000 bond.

Brunswick County Sherriff’s Office also released the 911 recording from the incident on Saturday, March 20, 2021, around 3:30 pm. Paul “Eddie” Sniff was a friend of Colby at the scene. Sniff called 911 to report the emergency. During the call, Sniff said Colby and his friends thought they were on “game lands” in Leland, N.C., while riding dirt bikes, but he was not sure of their location.

The 911 dispatcher told Sniff she had found the location of the emergency. A voice on the 911 call is heard saying the “male in the white Toyota is leaving and he has the gun.”

While on the phone with the 911 dispatcher, someone is heard screaming, “NO, YOU DON’T!”

During the 911 call, witnesses stated the white truck drove off before authorities arrived on the scene. Another caller named Thomas took the phone towards the end of the 911 call, and he confirmed first responders were on the scene.

According to reports, first responders arrived at Colby’s location on Malmo Loop Road Northeast in Leland, NC, at 3:55 pm. The 911 call lasted 15 minutes and eight seconds.

Colby is still in critical condition with multiple serious injuries. The family and friends of Colby are asking for prayer for his recovery. A hashtag has been shared on social media (#colbystrong) to show support for Colby.

This is an ongoing investigation. More information will be published as soon as it is made available.