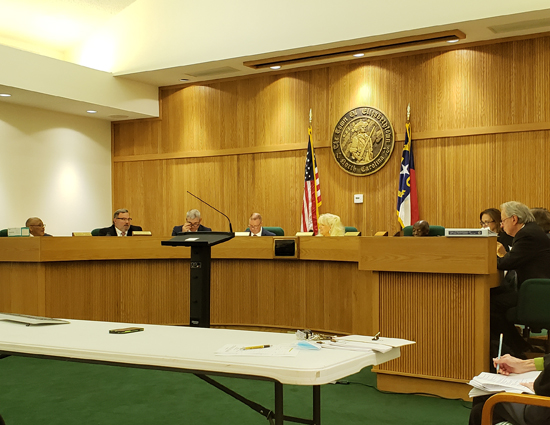 The Town of Elizabethtown Town Council met for their regular monthly session Monday night through a Hybrid Meeting (In-Person and Virtual – Zoom Call Meeting). Members of the public were able to join the meeting through Zoom and citizens who were on the agenda to speak, and the press were allowed to attend in-person along with the Council members.

Police Officer David Schmale received recognition for his assistance in locating a missing person in Elizabethtown at the end of his shift. Upon investigation from the off-duty officer, Schmale determined an elderly lady, unsure of her whereabouts and from Rock Hill SC, needed assistance. He contacted the authorities and waited with her until someone arrived to pick her up. Mayor Sylvia Campbell thanked Officer Schmale and the concerned citizen for going above and beyond. This officer exemplified the respect and concern the elderly population deserves, she said.

A Public Hearing was conducted for a Special Use Permit requested by Jesse Inman for construction of a Family Cemetery. There were no public comments and Council approved the permit later in the meeting. A second Public Hearing was held for the Town of Elizabethtown’s FY 2021-2022 Proposed Budget ($6.5 million). No public comments were made, and Council approved the proposed budget. A copy of the budget can be accessed on the Town’s website at www.elizabethtownnc.org.

Town Manager Dane Rideout updated the Council on several matters. The Town will receive $425,000 in ARPA Funds (American Rescue Plan Act of 2021) to be used for broadband and water/sewer projects. Council approved accepting these funds. The funds must be obligated by 2026. The CA Nails building was inspected by a structural engineer and the building can be saved. Town staff are preparing costs and options to be presented at a later date. Congratulations went to Terri Dennison with the Chamber of Commerce for receiving a Gold Telly Award for the Chamber Video on Elizabethtown.

Pat DeVane gave an update on the Cemetery Project. They have completed 150 feet of the wall. It has been a slow process and therefore the Town is requesting an extension with FEMA. There will be a walkthrough with PARTIF on Wednesday for a final look at the Greene’s Conservation Park Project. The recent hail storm caused some major damage to Town Hall. Emergency repairs have been made and a claim has been filed to replace the roof. 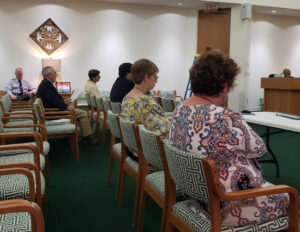 Connie Holland, newly hired accountant in the Finance Department, was introduced to the Council during their noon Work session.

The Sunset Jams are scheduled for August, September at Regal Resort at Goldston’s Beach and October/November at the Elizabethtown Farmers Market. The Pork and Beats Festival will also be held in October.

In observance of Independence Day, Town offices will be closed Monday, July 5th and the July Town Council meeting is rescheduled to Monday, July 12th at 7 p.m.