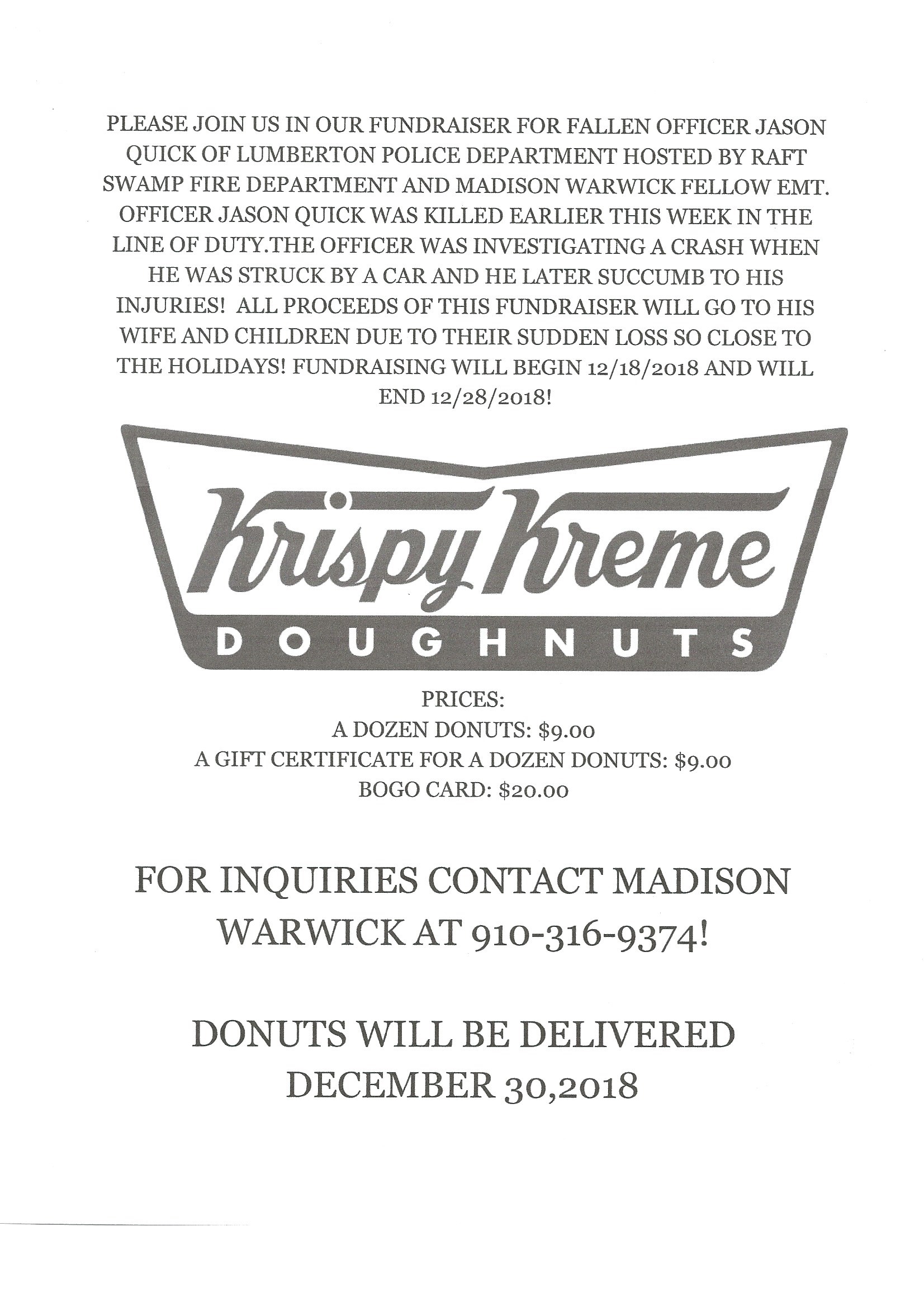 Officer Quick was killed in the line duty while he was investigating a traffic accident. He was struck by a passing motorist and later died from his injuries.

Warwick said she met Officer Quick when she performed her EMS Clinical at Southeastern Regional Medical Center. She said Officer Quick and his fellow officers would bring his inmates in for medical treatment.

“I may not have known him or his wife, but we are all brothers in blue from afar,” said Warwick.

She continued, “I really wanted to do something for his family at Christmas. It could have been any one of us.”

Warwick said she is a member of Bladen County EMS and resides in Robeson County.

All proceeds will be given to Officer Quick’s family.