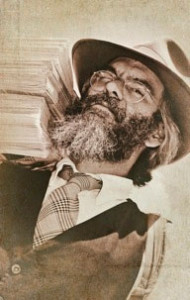 About the only good thing one can say about moving is that you find things you thought were long since lost.

I guess technically this is the second time in a year that we have moved, maybe even arguably the third. Hurricane Matthew pushed us out of our home last October, and we ended up throwing away more than we kept, like many of you.  Then we had to move out of the camper trailer back into our house, only to watch the water rising precipitously again. A number of factors have led to us heading for a new home, one which doesn’t flood and doesn’t have any mold, even though it does become an island on occasion if the beavers work harder than the Department of Transportation ditch cleaning crews.

The living room at Meadowsweet has become shipping central, as box after box is assiduously packed, taped (I prefer duct tape, Miss Rhonda likes the heavy clear shipping stuff) and labeled. I have unmercifully harassed my friends at Herald Office and the Family Dollar stores, likely cornering the market on cardboard. I now have bottles of ibuprofen on my desk, in the truck, in the car, and at home. A few more things that we somehow missed during the dryout period have been tossed, and the sneaky nature of mold has led me to dig deeper time and again into old family photos and documents that I was reasonably sure were safe.

I was down deep in one of those boxes the other night when I came across a handful of history – well, fairly modern history, by normal standards, and the kind that few folks even care about outside of our family.

The handful of pictures amazed me, I will admit. While my wife is still as young and beautiful as she was when we married 25 years ago, I can’t figure out who the smiling guy with the short dark hair and close black beard might be. Seems unlikely that the fellow is me, but the dates work out right. Plus, I don’t remember having a younger brother, much less one standing at the altar with my bride on that miserably hot June afternoon.

That pile of paper and emulsion was a snapshot, if you will, of years long since forgotten in detail, even if they weren’t really that long ago.

Take for instance, a slightly crooked vertical shot of a mid-1870s West Indies influenced Victorian house with a real estate sign, a blue BMW and a blue Chevette parked out front. Look between the slats of the balcony, and you can barely make out the noses of Dixie and Tigger as they tried to figure out this whole city-dwelling thing. It took us two years and a booming real estate market to realize our mistake and flee back where we belonged.

A little further down the stack, I found Tigger, his head cocked to one side in the permanently goofy expression created by a head injury when we moved back to the country, trying to figure out how to escape a litter of puppies, many of whom bore his face, pre-disaster. That picture was taken in the yard of another, even older house we called home for a while. Wild roses are climbing the picket fence I made from salvaged packing crates, and a gnarled, angry-looking pear tree is in the background. The new owners burned my fence and cut down the pear tree, thus giving me an even deeper distrust of some Yankees.

There are other dogs, too – Grizzly looking regal, Biscuit looking silly, Pitty asleep on the top of the couch, sprawling in the impossible way that only hounds can accomplish. Our theory is that a house just ain’t a home without a dog and a cat underfoot.

Pass through a few more pictures, and there are my parents, both healthy and smiling (although she smiled and laughed a lot, Miss Lois didn’t often smile for the camera); in the same handful are my in-laws, also healthy, smiling and significantly younger.

There was the back of my 1955 Chevy, and the side of my second ’61 Chevrolet Apache 10, the one that had to have the fuel filter cleaned after every fill-up.

There were a lot of pictures of my wife, not surprisingly holding kittens and puppies (we hadn’t started rescuing wildlife or horses back then). Apparently we had a surplus of cats during the March 13, 1993 nor’easter, or else we had nothing better to do than take pictures of cats and kittens when the lights went out and the temperatures plunged.

There were more pictures of that younger looking fellow, too – one with coal dust and soot ingrained in his face after a weekend in the blacksmith shop, another in a short sleeve shirt (horrors!) on some beach, and still others whose location or context have long since been lost.

Our new home has a long hallway; as soon as Miss Rhonda and her buddies finish painting, and a few more chores are completed, I may have to take the time to put some of those pictures in frames. A photo-lined hallway may be seen as kitschy by some folks, but I rarely care much about the opinions of snooty folks who may or may not ever come in my house.

A home is meant to be lived in, not delicately preserved like a landmark, and what better way to show a place has life than to line a hallway  with a bunch of memories of homes, hounds and happiness.