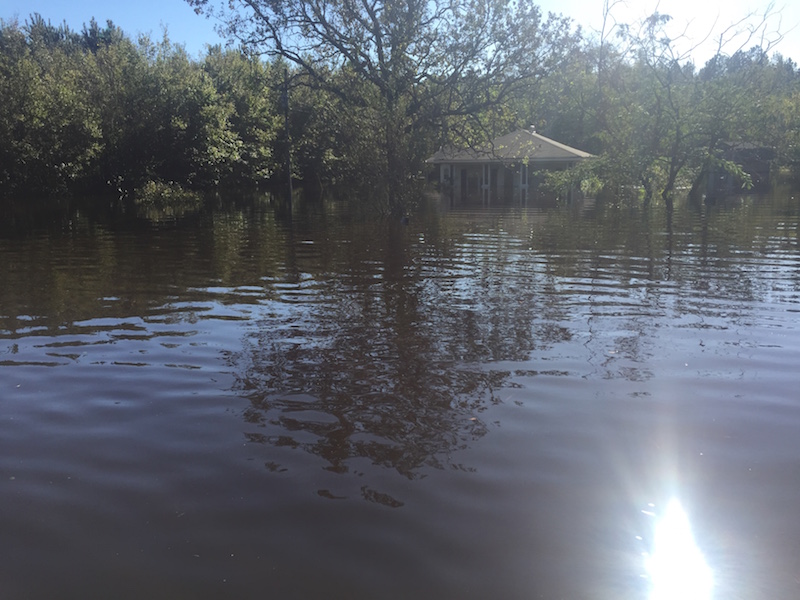 Homes slated to be repaired from Hurricane Matthew still waiting

Homeowners who suffered damages when Hurricane Matthew struck North Carolina in 2016, are still waiting for repairs to begin to their storm damaged homes.

Bladen County Emergency Management Director Bradley Kinlaw said, “There is a lot of red tape you have to complete before houses can be torn down or repaired.”

Kinlaw said, “It has taken a long time to get to this point.”

Kinlaw said as of this week, no transfers of property titles has taken place and no nails have been driven. He said right now, those handling the legal work are in the process of performing the required title searches and preparing the necessary documentation to move forward in the process.

North Carolina has had issues in dispersing the funds allocated due to staff shortages, bureaucratic arguments, and meeting the standards set by the US Department of Housing and Urban Development (HUD), according to the New York Times.

HUD defines a slow spender as an entity that is not using the funds at a pace to fully utilize the funds before the deadline of August 2023.

Those numbers do not include programs funded by the Federal Emergency Management Agency.

The CDBG-DR funds were originally issued to assist families with repairs to housing. The North Carolina Congressional delegation contacted Governor Roy Cooper’s office in May regarding the length of time it has taken for the funds to be dispersed, according to reports.

Gov. Cooper responded to the Congressional letter explaining that efforts are being made to utilize the funds as expediently as possible. State officials have blamed burdensome federal requirements as well as staffing needs for the slow rate of dispersement, according to reports.

Before the sparring over the unspent Hurricane Matthew recovery funds could go much further, North Carolina was hit by Hurricane Florence in September 2018. Kinlaw said Bladen County has submitted a list of substantially damaged properties to a 407 program. The program, according to Kinlaw is for acquisition and the properties must be located in a flood and have substantial damage in a storm.

Kinlaw said, currently there are 50 properties that have been identified as substantially damaged in Bladen County due to Hurricane Florence.

“We are going over the list (of substantially damaged properties) now,” said Kinlaw.

He said the County is trying to ensure that all of the properties deemed substantially damaged are submitted to the program for consideration. As programs are made available to assist residents with repairs, they will be announced.