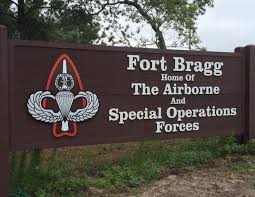 Husband and Wife Charged for Theft of Military Property

RALEIGH – The United States Attorney for the Eastern District of North Carolina, Robert J. Higdon, Jr., announces that a Federal grand jury in Greenville has returned a three count indictment charging MORRIS COOPER, age 62 of Fayetteville, with bribery and theft of government property.

According to the indictment, COOPER was a purchasing agent assigned to the Operations and Maintenance Division, Directorate of Public Works (DPW), at Fort Bragg, NC and entrusted to purchase HVAC parts for DPW’s HVAC maintenance section.  He was named in an indictment filed on August 20, 2019, charging him with stealing government money and conspiracy to do so, in violation of 18 U.S.C. §§ 371 and 641, and, as a public official, receiving bribes in violation of 18 U.S.C. § 201(b)(2).  His wife, BEVERLEY COOPER, age 52 of Fayetteville, is also charged with conspiring to steal government property and aiding and abetting COOPER to do so.

The indictment charges that COOPER used his position as purchasing agent at DPW, Ft. Bragg, North Carolina, to receive cash and gifts from vendors for both he and his wife, BEVERLEY COOPER, in return for steering contracts for supplies to those vendors.   Additionally, he at times inflated the prices for items under those contracts beyond market price, increasing both the profits to the vendor and the cash payment made to COOPER and/or his wife.  The indictment alleges gross proceeds to COOPER of at least $978,279.00.

“Those who hold government positions with access to the public fisc must act with even greater conviction and accountability than if the monies were their own funds,” said United States Attorney Higdon. “For the public fisc is exactly that–the monies of each member of the public.”

The charges and allegations contained in the indictment are merely accusations. The defendants are presumed innocent unless and until proven guilty in a court of law.