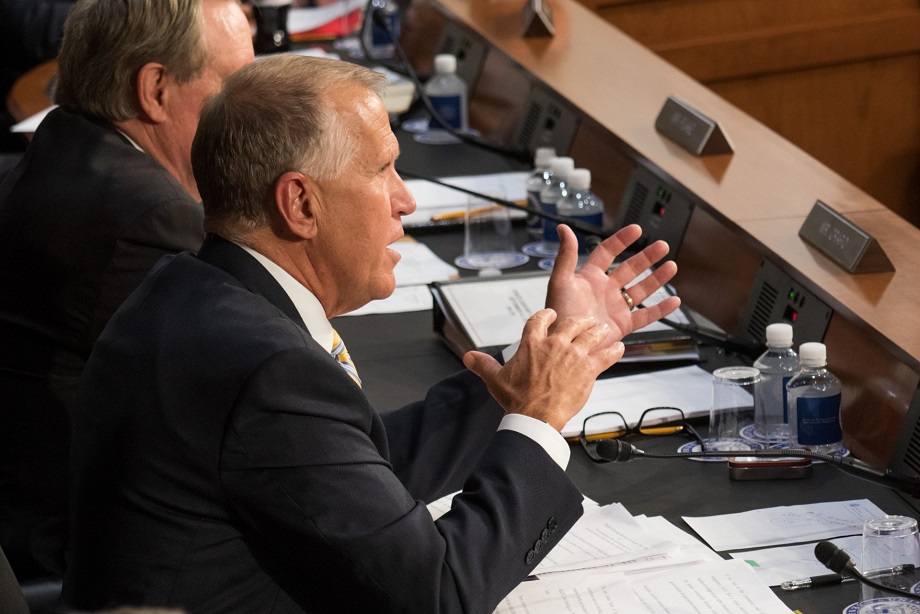 I support Trump’s vision on border security. But I would vote against the emergency.

President Trump has few bigger allies than me when it comes to supporting his vision of 21st-century border security, encompassing a major investment in technology, personnel and infrastructure, including new physical barriers where they will be effective. It is a vision that will take many years and tens of billions of dollars to fully realize, and the president can count on me to help.

The president is rightfully frustrated with Congress’s inaction regarding the humanitarian and security crisis at the nation’s southern border. Even though Republicans and Democrats spent the past several decades in the halls of Congress and on the campaign trail promising the American people that they would work to secure U.S. borders, some of my colleagues seemingly made a politically calculated decision to block the president’s good-faith efforts to finally get it done. They have regressed to the point where a Democratic presidential contender such as Sen. Kirsten Gillibrand (N.Y.) and a possible candidate, former congressman Beto O’Rourke of Texas, are even entertaining the possibility of tearing down existing physical barriers.

Although Trump certainly has legitimate grievances over congressional Democrats’ obstruction of border-security funding, his national emergency declaration on Feb. 15 was not the right answer.

From the perspective of the chief executive, I can understand why the president would assert his powers with the emergency declaration to implement his policy agenda. After all, nearly every president in the modern era has similarly pushed the boundaries of presidential power, many with the helping hand of Congress.

In fact, if I were the leader of the Constitution’s Article II branch, I would probably declare an emergency and use all the tools at my disposal as well. But I am not. I am a member of the Senate, and I have grave concerns when our institution looks the other way at the expense of weakening Congress’s power.

It is my responsibility to be a steward of the Article I branch, to preserve the separation of powers and to curb the kind of executive overreach that Congress has allowed to fester for the better part of the past century. I stood by that principle during the Obama administration, and I stand by it now.

Conservatives rightfully cried foul when President Barack Obama used executive action to completely bypass Congress and unilaterally provide deferred action to undocumented adults who had knowingly violated the nation’s immigration laws. Some prominent Republicans went so far as to proclaim that Obama was acting more like an “emperor” or “king” than a president.

There is no intellectual honesty in now turning around and arguing that there’s an imaginary asterisk attached to executive overreach — that it’s acceptable for my party but not thy party.

Republicans need to realize that this will lead inevitably to regret when a Democrat once again controls the White House, cites the precedent set by Trump, and declares his or her own national emergency to advance a policy that couldn’t gain congressional approval.

This isn’t just conjecture. House Speaker Nancy Pelosi (D-Calif.) and other prominent Democratic elected officials have already hinted that emergency declarations will be part of the playbook for the left, with Pelosi musing, “just think about what a president with different values can present to the American people.”

Those on the left and the right who are making Trump’s emergency declaration a simple political litmus test of whether one supports or opposes the president and his policies are missing the mark. This is about the separation of powers and whether Congress will support or oppose a new precedent of executive power that will have major consequences.

As a U.S. senator, I cannot justify providing the executive with more ways to bypass Congress. As a conservative, I cannot endorse a precedent that I know future left-wing presidents will exploit to advance radical policies that will erode economic and individual freedoms.

These are the reasons I would vote in favor of the resolution disapproving of the president’s national-emergency declaration, if and when it comes before the Senate.