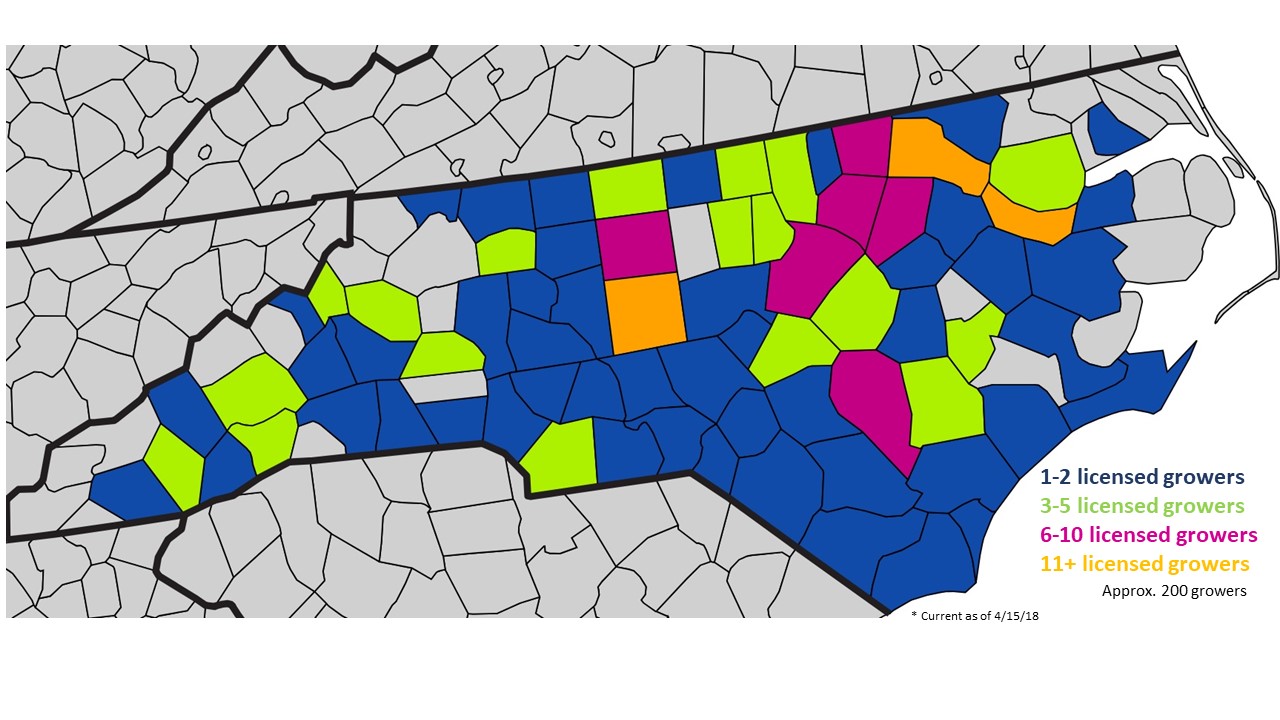 Industrial hemp may gain in popularity as a crop in North Carolina thanks to passage of the Agricultural Improvement Act of 2018. The act was recently signed into law by President Trump. This farm bill decriminalizes the hemp plant paving the way for farmers to add industrial hemp to their crop rotations, according to reports.

In a statement, Food and Drug Administration Commissioner, Scott Gottlieb, said that while the Agricultural Improvement Act removes industrial hemp from the Controlled Substances Act regulation, it does not remove it FDA’s authority to regulate cannabis in food items.

“Just as important for the FDA and our commitment to protect and promote the public health is what the law didn’t change: Congress explicitly preserved the agency’s current authority to regulate products containing cannabis or cannabis-derived compounds under the Federal Food, Drug, and Cosmetic Act (FD&C Act) and section 351 of the Public Health Service Act,” said Gottlieb.

There are several uses for industrial hemp according to Phil Wilson, the Director of the Plant Industry Division of NC Department of Agriculture & Consumer Services in Raleigh.

“Industrial hemp may be used to produce paper, textiles, clothing, and potentially food and animal feed with US FDA approval.  Additionally, the floral parts may be harvested to be use in the production of CBD type products with US FDA approval,” said Wilson.

He said it may become more of a staple in North Carolina as markets are becoming better established in the United States and North Carolina.  Wilson reports he is already seeing growth of the product.

“The NC Industrial Hemp Program has continued to increase in licensed grower participation over the last two years.  I expect to see continued interest in growing industrial hemp,” said Wilson.

He explained that industrial hemp is different from its cousin, cannabis or marijuana. Wilson says industrial hemp differs in that it requires growers to be licensed and the product is tested to insure the THC% is 0.3% or less.

“Industrial hemp is in the same genus as regular marijuana, Cannabis. Industrial hemp as defined has a THC percentage of 0.3 percent or less. This THC level will not produce a “high” like other marijuana varieties,” said Wilson.

Marijuana such as the variety that is smoked can have THC levels as high as 15 to 20 percent, according to Wilson.

He said harvesting industrial hemp requires equipment such as combines. Wilson said the harvesting techniques used depend on the use of the hemp.

Wilson said that as of December 12th (the latest records available), there are two registered hemp growers in Bladen County. They are Gardner Howard Altman and Bradley David Adams, both list addresses in Wilmington.  Records obtained from the NC Industrial Hemp Commission show Gardner as intending to place 20 acres of land into production and he intends to grow 10,000 plants in greenhouses. Records show Bradley intends to cultivate 7 acres of land with industrial hemp.