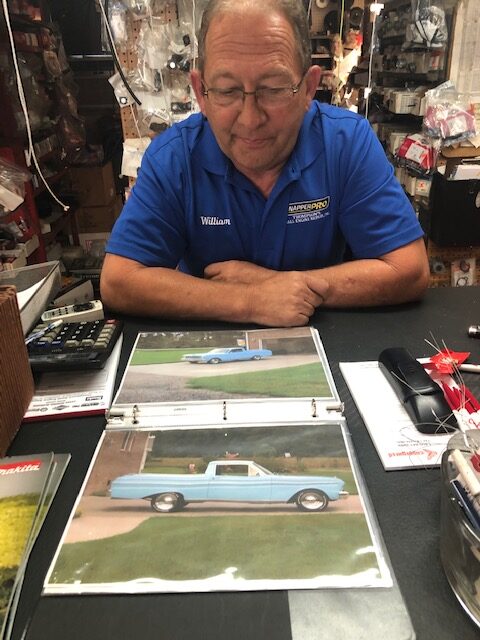 The old saying, “They don’t make them like they use to,” may be showcased this weekend. The annual Made in the Shade Open Car and Truck Show takes place Saturday on the lawn in front of San Jose Restaurant in Elizabethtown. Registration is from 8 a.m. until noon and judging will begin as soon as each row is filled.

This year William Thompson announced he and his brother will be entering a classic from Bladen County history. Mr. Worth Thompson’s old 1965 Falcon Ranchero will be entered by the brothers.

“Everyone knows this truck and has probably ridden in it,” William said.

Mr. Worth Thompson ran the old ETNA Station for years. The Thompson’s have been in business in Bladen County for over 40 years, according to William.

Everyone is encouraged to come out and spend the day according to one of the event organizers, Wayne Dove. Food vendors will be on hand offering a variety of treats to help you cool off.

The show has attracted entries from as far away as Tennessee, South Carolina and Virginia in the past. There will be door prizes and a 50-50 drawing. A portion of the proceeds raised go to benefit several charities in Bladen County. Everyone is encouraged to come out, reminisce and enjoy the day.

For this Flash Back Friday we found a Vega Sports New GT in our 1976 issue of Southeastern Times. It may get your engines fired up for the nice family event planned tomorrow in Elizabethtown. 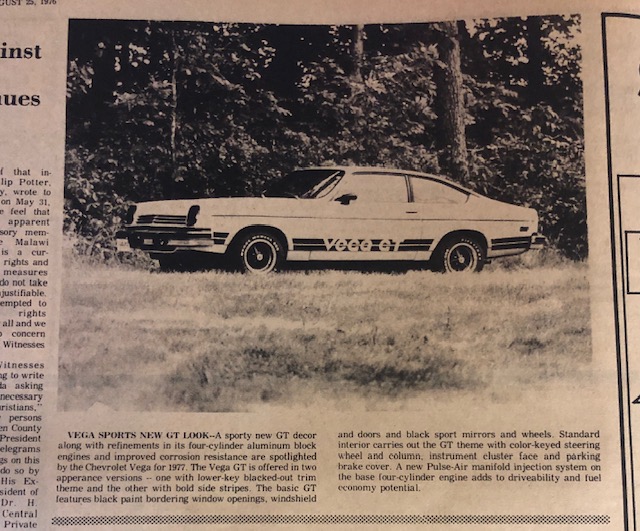